In society today, it is very difficult proposition to locate a girl who possess vast beauty, a singing voice, and adequate skill to sing. To find an individual possessing all these traits is rather tricky and infrequent. Those who are pretty with perfect features but are devoid of a singing voice. Some do possess beauty and a good voice do not possess talent for singing. There are some who possess all these characteristics but do have the blessings like lady luck which are very crucial to be well recognized. However Yomasha  Chavindi Silva is a unique girl, who possess all these requisites. Yomasha has impeccable features like facial and figure ,a singing voice and talent for vocals also the vital zone of luck.In possessing these requisites she was adjudicated among the top ten in Swarnavahini ‘Swarna Kumariya, Avurudu Kumari’ beauty grand spectacle final in the year 2021 which was a hectic gruelling contest when around  ten thousand participants had vied for the coveted trophy. In the previous year 2021 Yomasha Chavindi was adjudicated as the ‘Avurudu Jingle female voice’, the contest was organised by Shree FM radio channel. From these achievements had received many opportunities to progress in many fields and the much needed motivation and required impetus for her to travel to achieve her goals. Yomasha had conveyed to a newspaper collaboration, she is still twenty years old had sat for her advanced level in the biology stream is awaiting results to be announced, anticipates entering medical college to become a doctor. 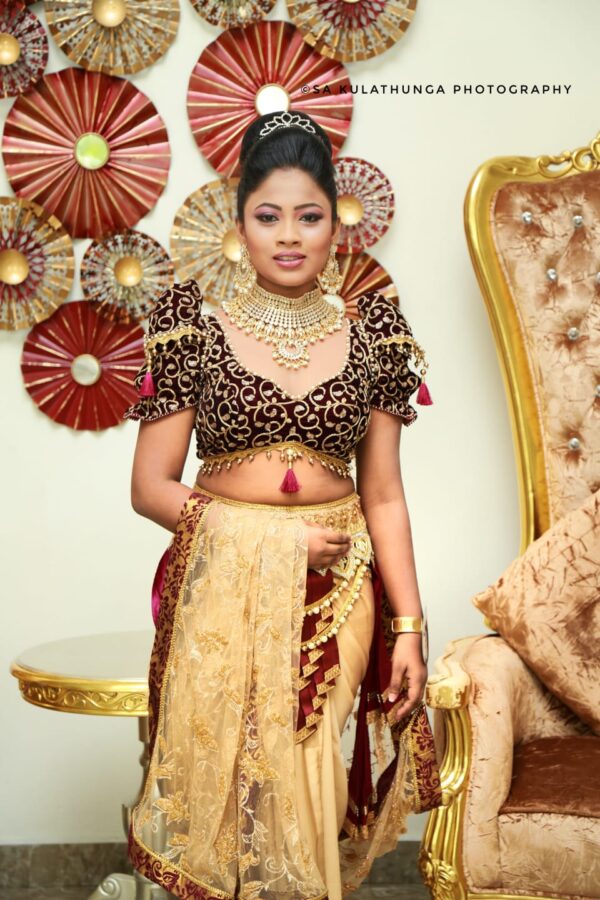 Yomasha  had remarked that she has had the lady luck.She had burst into the singing arena by sheer quirk though she never had an intention of becoming a reputed singer, not knowing had possessed innate talent ,genes with hereditary affiliations from father who too has immense talent in music. Her younger brother Pahan Tharusha Silva with abundant talent in singing, composing music too had participated in many concerts at a very young age which Yomasha  had not attended initially. He had been in the field of music for nearly seven years ,for which Yomasha too lately had gone to witness had developed a passion not knowing she could sing well. The mother and father duo Niluka Ganepola and Jude Samantha Silva had encouraged the siblings to develop the passion, the duo had inherited from father who too has music talent and passion in abundance.

Yomasha too had gone to witness concerts had developed a passion to sing. Many people had inquired why Yomasha is not interested as she too should have hereditary affiliations with innate talent too.Then she too had got instigated to sing and followed brother’s footsteps. In this manner she had appeared and performed on stages island wide winning applauses of many audiences. Thereafter Yumasha had trained herself to be more skilled in many areas of music, as it was crucial for any vocalist to dominate. She is now following Visharada music degree to enhance her talent. 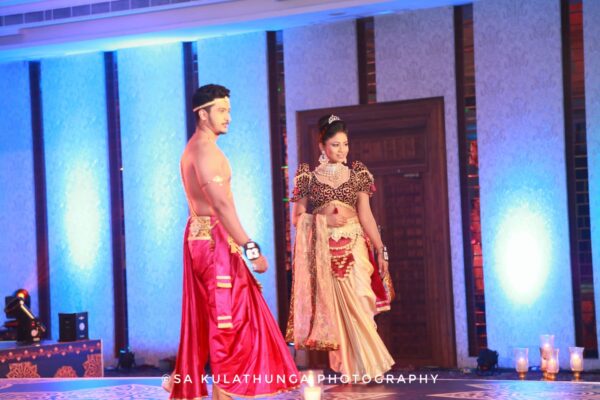 Speaking to the media Yomasha has added her ambition is not  to become like Shashika Nissansala but necessarily not to imitate her.She loves not only Shashika’s style of singing but also her  humility, dress code and her mannerism. Though she is not imitating Shashika some have inquired whether she is following Shashika.Yomasha had lamented that she does not imitate Shashika or any other but she performs and sings in her own inimitable style. She has claimed there are so many paths to follow in music ,she has selected her own incomparable unique path. Then only one could be happy by looking at the path leading to stardom .Yomasha had said it is very difficult to become a star unless one has her or his own songs.She has already launched two of her own songs with high level lyrics and music compositions. The first song was “Dedunnak Payala”, the second was “Ess Belmak’.Both songs she had added that has had a huge responses, believes when her next song is launched there would be vaster responses. It need to be stressed and emphasised that the brother sister duo had been instrumental in compiling two songs ,music compositions by brother Pahan Tharusha, lyrics by Yomasha which had won awards by way of certificates for “Ranaviruvan Ape Song” in year 2017 and for “Anti Smoking song’  for anti smoking campaign in year 2015.The certificates were received from former Army Commander Mahesh Senanayake and  the then former President Maithripala Sirisena .This feats were achieved when Yomasha was barely fifteen and seventeen years old still a teenager. From this it could be evidenced beyond much doubt on Yomasha’s  competency as a  lyricist. Yumasha is highly talented in speech and dancing, in the Sri Lanka festival of Music Dance and Speech in year 2017 she was adjudicated as the winner , was awarded a’ Gold Medal”. Though she is not imitating any particular vocalist she has claimed there are so many paths to follow in music ,she has selected her own path. Then only one could be delighted and contented by looking at the path to stardom. Yomasha had said it is very difficult to become a star unless one has her or his own songs.She has already launched two of her own songs with high level lyrics and music compositions. The first was “Dedeunnak Payala”, the second was “Ess Belmak’.Both songs she had added that has had a huge responses, believes when her next song is launched there would be vaster responses.  In addition Yomasha had proved her versality in singing in many television and media stages, the latest was in ‘ASP Paduru Party’ live program a few weeks ago commemorating ‘father’s day”. Though Yomasha is an accomplished vocalist there is also an actress within her. This fact was revealed during a media interview. For acting too invitations were  pouring in for her.As she was more involved in her musical concerts some invitations had slipped away owing to the time constraint. She had on invitation portrayed a  main role “Sugandi” in “Pipuna Kusumak” an independent tele drama to be telecasted soon.When inquired about the feeling of ‘love’,she had added, it is a very pleasant  perception for any person.It would be so only if the proper partner is met.In the alternative the  life would be in despair with misery written all over. She had lamented it is not just for a day or two but for the entire life until death.In that context all should be very cautious. She of course is very well focussed on that subject. Yumasha had said any individual should not have a solitary dream should have focus on many dreams .She is dreaming of becoming a doctor would endeavour hard to achieve her dream, also as a vocalist anticipate to rise to tall unprecedented heights’ prefers her to be called the ”Singing Doctor” when she would feel elated. When questioned how a popular person should behave she had said should be a bit proud but should not possess egotism which is ugly phenomenon, which is a very unfortunate humane conduct. On the other hand, Yomasha had proved her versality on singing in many television and media stages, the latest was in ‘ASP Paduru Party’ live program on TNL channel a few weeks ago commemorating ‘father’s day”. 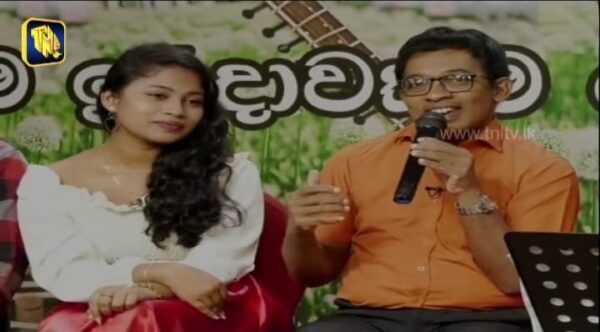 All her followers and fans would no doubt wish Yumasha the very best to enhance her talents in vocal singing, lyrics writing, dancing, academic career as a multifaceted talented individual. 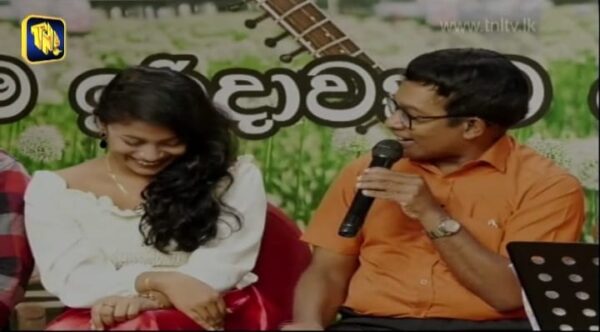