Seafarers: At the Core of Shipping’s Future. 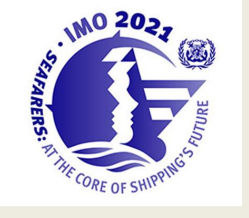 World Maritime Day is a celebration and remembrance initiated by the International Maritime Organization (IMO) to appreciate the importance of the maritime industry. Its purpose is to underline the three most valuable sectors considered by the organization: maritime security, environment, and safety. The first event was held in 1978 with the commemorative day held on the last week of September. The day also marks the 20th anniversary of the day the IMO Convention’s entry came into force.

At dawn, on 15 April 1912, in freezing waters of the North Atlantic Ocean, RMS Titanic sank resulting in the deaths of more than 1,500 people. In March 1967, following a navigational error, the supertanker Torrey Canyon struck Pollard’s Rock, spilling an estimated 25–36 million gallons (94–164 million litres) of crude oil contaminating 270 SQUARE miles (700 km2) of the Cornish and French coasts. The two maritime disasters, one with the tragic loss of life and the other causing severe environmental damage, initiated an international conference that was held in Geneva in 1948. The result was to adopt a maritime convention and to formally establish IMO (the original name was the InterGovernment Maritime Consultative Organization or IMCO until 1982). A purpose, driven by world events, IMO’s purpose was to improve safety and avoidance of maritime pollution. Then, on 11 September 2001, militants associated with the Islamic extremist group Al-Qaeda hijacked four aeroplanes and carried out suicide attacks against targets in the United States. Considering that even ships could be hi-jacked and used as mass destructive weapons, IMO extended is its scope to ships’ security in ports. With the advent of Somalian pirates boarding ships and holding the vessels and crew for ransom, IMO extended the security measures to ships at sea. World Maritime Day 2021. Each year IMO nominates a theme for its day. This year it is, “Seafarers: at the core of shipping’s future”.
Throughout the year, the theme emphasizes the need to increase the visibility of seafarers by drawing attention to the invaluable role they play now and will continue to play in the future.

Throughout the year, the World Maritime theme is placing the spotlight on other issues related to the human element of shipping, including: 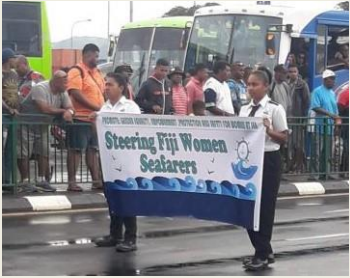 Gender equality
With the “Empowering Women in the Maritime Community” theme in 2019, IMO reinforced the idea that a ship’s crew needs a balance of gender equality. This statement by the IMO has not only encouraged more females to join the noble professions but also facilitated the acceptance of females to a historically male-dominated industry.

Celebrations
It is usual to parade through the town displaying banners of stakeholders.
Each country celebrates the day organized by the Maritime Administration with ample support from their governments. On an occasion where outstanding service from seafarers is recognized.
An award ceremony accompanied by a cake in the shape of a ship is shared amongst the crowd.
This is a day where seafarers, young and old, come together for celebrations of comradeship and to be recognized for service rendered to the nation and the world.