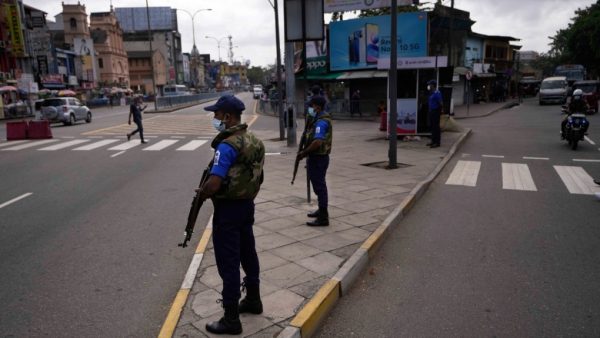 COLOMBO, SRI LANKA – Five-time former Sri Lankan Prime Minister Ranil Wickremesinghe was reappointed on Thursday in an effort to bring stability to the island nation, which is engulfed in a political and economic crisis.

Wickremesinghe, a contentious choice by President Gotabaya Rajapaksa, took his oath in a ceremony at the president’s residence. Protesters have blocked the entrance to the president’s office for more than a month.

The president’s selection of Wickremesinghe is an attempt to end the violence and restore international credibility as the government negotiates a bailout package with the International Monetary Fund.

Sri Lankans for months have been forced to stand in long lines to buy scarce essentials, with many returning empty-handed.

Wickremesinghe visited a Buddhist temple after taking his oath and told journalists he will work with the opposition and the governing party to find solutions to the hardships faced by the people.

Authorities on Wednesday deployed armored vehicles and troops in the streets of the capital after attacks on protesters triggered a wave of violence across the country. Nine people died and more than 200 were injured.

Security forces have been ordered to shoot people deemed to be participating in the violence as sporadic acts of arson and vandalism continued despite a strict nationwide curfew that began Monday evening.

A court on Thursday banned former prime minister Mahinda Rajapaksa, his former government minister son and 15 others from traveling overseas pending the results of investigations on Monday’s attack against peaceful protestors who had demanded the resignation of the Rajapaksa brothers, which triggered the countrywide violence against Rajapaksa supporters. Mahinda Rajapaksa resigned amid the violence.

Protesters had demanded the resignations of the Rajapaksa brothers because of the debt crisis that has nearly bankrupted the country and caused severe shortages of fuel, food and other essentials.

Opposition lawmaker Anura Dissananayake said the choice of Wickremesinghe was aimed more at protecting the president and his family from public anger over corruption allegationsand his role in the economic crisis than it was in solving the country’s problems.

When he was previously prime minister from 2015 to 2019, Wickremesinghe was accused of protecting the powerful Rajapaksa family from allegations of corruption and other wrongdoing.

“This decision has been taken totally disregarding the aspirations of the people who are protesting today. The protests can only get worse by this decision,” said the Rev. Omalpe Sobitha, a senior Buddhist monk.

Catholic Archbishop of Colombo Cardinal Malcolm Ranjith said “a complete change of the system” is needed for Sri Lanka to emerge from crisis.

Political analyst Ranga Jayasuriya said by appointing Wickremesinghe as prime minister, “President Gotabaya Rajapaksa did not put out the fire, but added fuel on it.”

“People would be angrier with this snub of appointing a man who has no public support,” Jayasuriya tweeted

The U.S. Ambassador to Sri Lanka, Julie Chung, said she looks forward to working with Wickremesinghe and that his appointment and “the quick formation of an inclusive government are first steps to addressing the crisis and promoting stability.”

“We encourage meaningful progress at the IMF and long-term solutions that meet the needs of all Sri Lankans,” she said in a tweet.

The finance ministry said earlier this month that the country’s usable foreign reserves have plummeted to $25 million.

The foreign currency shortage has forced a sharp decline in imports, leading to severe shortages of essentials such as fuel, cooking gas, food and medicine.

Wickremesinghe will likely present a Cabinet list to the president for appointment, a power vested in him by the constitution.

If there are objections to the prime minister or the new Cabinet, lawmakers can submit a no-confidence motion to the house speaker when the body reconvenes on Tuesday. The motion would then be debated and voted on.

Wickremesinghe, 73, has been in Parliament for 45 years. His political party split in 2020 amid a leadership crisis and its most senior members left to form a new party, which is currently the country’s main opposition.

Wickremesinghe’s reputation was damaged during his previous term as prime minister, when he was in a difficult power- sharing arrangement with then-President Maithripala Sirisena.

Conflict and a communication breakdown between them were blamed for intelligence lapses that led to Easter Sunday suicide bomb attacks in 2019 that killed more than 260 people.

He was also accused of shielding a friend he had appointed as head of the Central Bank from allegations of insider trading. 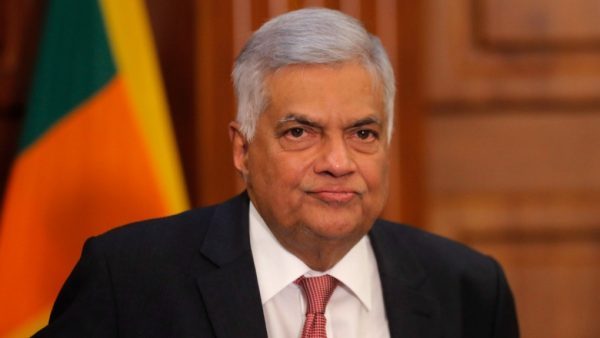