Where have the sawfish of Sri Lanka gone?-By Sahan Thilakaratna, Akshay Tanna, and Daniel Fernando 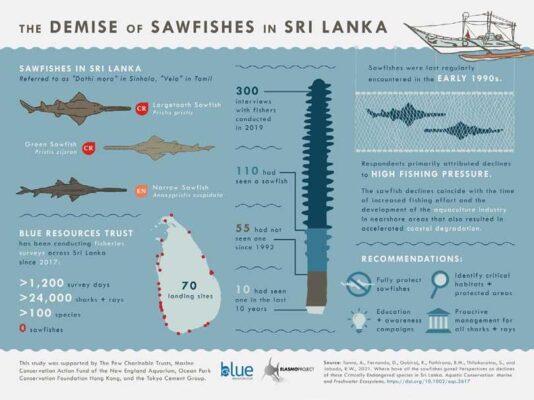 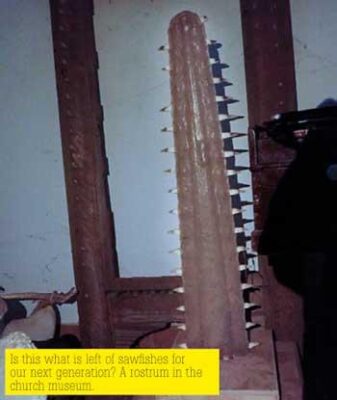 Have you ever seen a creature with a 1.5 meter saw attached to its 6 meter body?  Word travelled fast along the dusty roads of Kuchchaveli (Trincomalee district) and soon the area was filled with curious people keen to get a glimpse of this mysterious creature, which to them was like the legends of mermaids or dragons. But this is not a fairy tale and was narrated by a fisherman who caught this fish in March 2017 – on his son’s birthday.

This mysterious fish, or to be precise, ray, was a sawfish (“Dathi Mora” in Sinhala and “Vela” in Tamil). They belong to the “cartilaginous fishes”, which include all sharks and rays. What is distinct about sawfishes are their saw-like rostra with “teeth” on either side that are an extension of their skulls!

They were common in Sri Lanka a few decades ago. Their rostra were used to make fences to keep stray dogs away from their drying fish. Unfortunately, sawfishes are now almost only seen in photographs and will be a part of folklore if not urgently protected.

Our findings were alarming – while most fishermen over 50 years old had encountered sawfishes, those under 30 were not even able to identify one from photos. Amongst them, those  who had seen sawfishes, half had not seen one since 1992. Only 32 had ever caught a sawfish. Most of them  attributed these decline to fishing pressure and the development of the aquaculture industry that destroyed critical habitats. 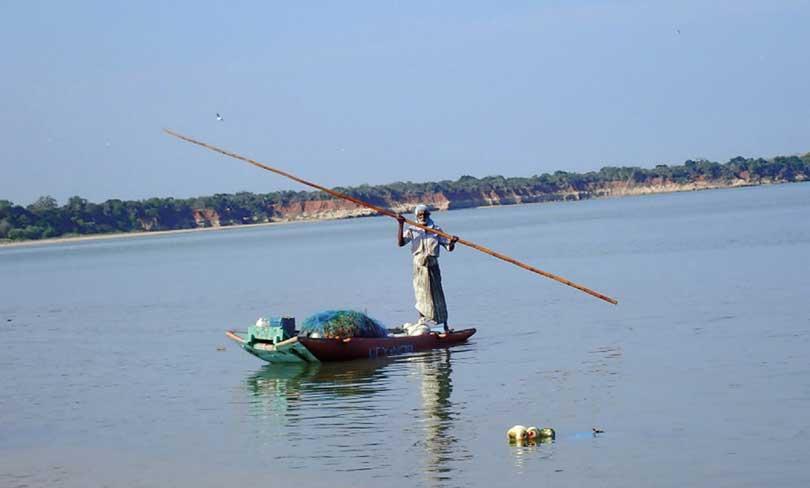 Mr. Brenton says there are no more sawfish around Illuppathivu (“Sawfish Island” in Puttalam District)

Our study also revealed the lack of cultural or traditional value for sawfishes. We did however encounter a sawfish rostra at St. Anne’s National Shrine (Thalawila) and Sinnagunduwa Church (Baththalangunduwa) where fishermen mentioned that their elders donated a rostra many years ago believing it would keep them safe at sea. Sadly, this luck was not transferred to the sawfishes.

With data suggesting heavily depleted populations due to overfishing, we strongly recommend that sawfishes are fully protected in Sri Lanka. This would allow any remaining individuals to reproduce and recover. It is also vital that proactive management is enacted immediately to avoid repeating the same mistakes with other sharks and rays that share similar conservative life histories.

To learn more and to read their publication, visit www.blueresources.org and follow them on social media. 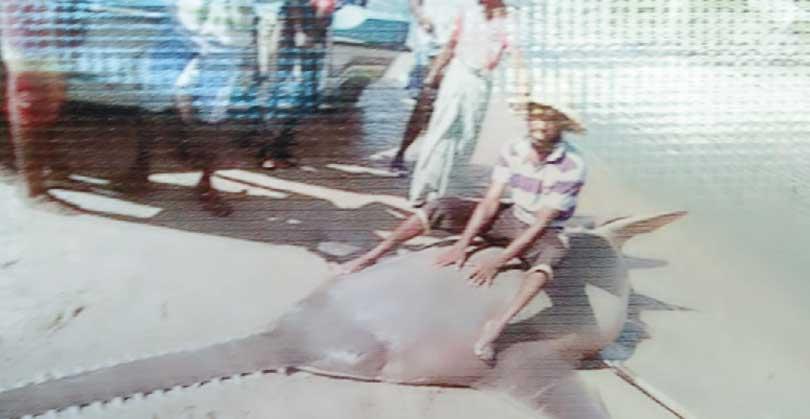 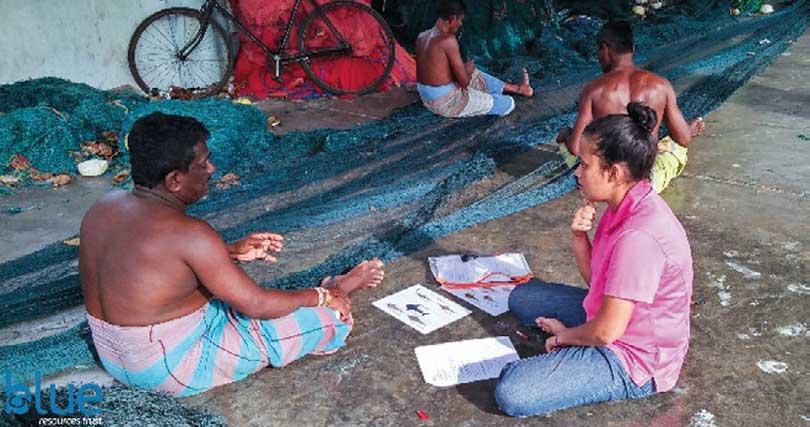 Could this be the last sawfish that went to the fish market? Captured by an unknown photographer on the 10th March 2017; image shared by fishermen