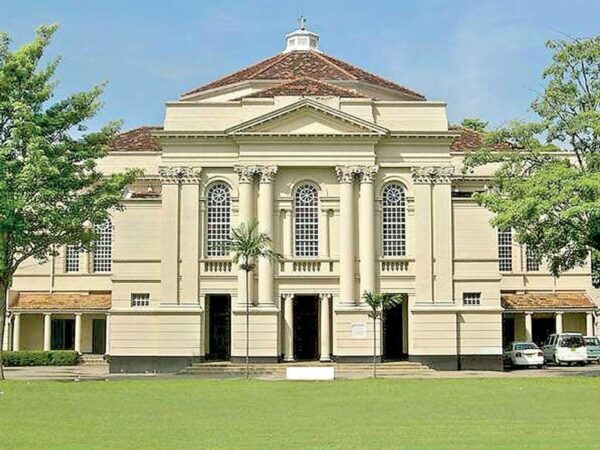 In 1960 the Sirimavo – Badurdeen  pact  attempted to grab all Catholic schools and appropriate them as state property. Our great college  St. Joseph’s was placed as top priority in their  list  of schools to be targeted and to be nationalised.The state fought both tooth and nail to take over our college. They tried every trick and devised strategies hook or by crook in their attempt  to take over the school. However they failed neck and crop and ended up demoralised in every aspect of the word so as  to never rise again. The main punch which the Prime Minister Bandaranaike and her Education Minister Badurdeen received was from a group of young Josephian  mothers. They set foot in our college with their chutti mutti (pots and pans) and cooked and ate their own food and drank their own tea and coffee  while occupying the class rooms of the college; making the political grab  an absolutely impossible task.

I intend writing something in these lines on this massive endeavuor  which these mothers undertook and successfully  saved   our great College; which stands to this day as a prime academic institute and a valuable heritage of the Catholic Church  in Sri Lanka. It was all possible because of this bold young Josephian  mothers in the year1960 that we Joes are today able to live  to learn and proudly have our formation in knowledge and virtue which  we as Christian children need when we leave the security of our homes to launch into a challenging world to pray and to work– Ora et Labora –as good citizens of Sri Lanka.

St. Joseph’s  College owes its existence  today’ to these mothers and to the  tough dedicated stance they  took in order to defend this institute from which we get our ‘ Virtue & Knowledge

Therefore St. Joseph’s  College owes its existence  today’ to these mothers and to the  tough dedicated stance they  took in order to defend this institute from which we get our ‘ Vertue & Knowledge. If these  mothers of Josephian students in the nineteen sixties  had not put up this fight  with true grit, fearlessness and valor our College  would  definitely have been taken over like a cut piece of cake and gobbled up by the state. Many have completely forgotten about this enormous endeavour and the great success it had to save St Joseph’s College.Today as we celebrate the 125th year of our College I intend to highlight this successful  endeavour of these young Josephian mothers who  saved St Joseph’s College and honour  these individuals who have become grandmothers and great grandmothers; some who have now passed the century mark  or  moved on to their eternal reward. I write this article so that the present generation of Joes and Old Joes would be well aware of who saved our great school which still stands firm like the Guardian of Jesus and Mary. I think  some were; Mrs  Felicia Casie Chitty and Mrs Daisy F. Pereira. There were also some from the Kotehena Parish. A teacher,  who was involved  was Sir S. Loganathan, a Priest who was involved was Fr Dullas De Soysa. Mrs Felicia Casie Chitty ’s children  Dr Laxman Casie Chitty, Ranjan Casie Chitty,  grandchildren Dushan  Casie Chitty, Nilesh Casie Chitty, Kevin Candappa, Rowen Perumal and nephew Christopher Alles and Mrs Daisy F. Pereira’s son Chap. Fr. Raja  R W F Pereira, and grandchildren  Kirk R W R W Carmichael-Pereira and Berk R W R W Carmichael-Pereira and Christopher Alles. So many others would have been involved in the struggle, but their names are not mentioned owing to the impossibility to gather enormous amounts of information.

(This article is written on the 100th Birth Anniversary of one of the mothers Mrs Daisy F. Pereira which fell on June  28, 2021)