Wesley- A servant to all, master to none – By Upali Ratnayake 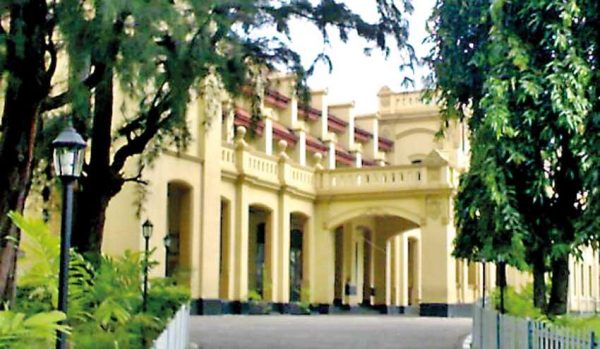 When the history of education of Sri Lanka comes to be surveyed there is no mistake of the vast far reaching contribution that an unostentatious school in Dematagoda, Colombo has made. It may not have the lofty buildings other schools have. Nevertheless Wesley’s contribution to education is significant.

Wesley will celebrate her sesquicentennial Anniversary in 2024 at a period when several schools reached this landmark. Wesley’s sister school, Methodist College, reached her 150th year in 2016. Trinity in Kandy is in the midst of it. S.Thomas’ passed this mark in 2001. Richmond in Galle will be 150 in 2026.

The essence of education is that it is responsible for producing valued citizens, dependable leaders and the formation of a society devoid of class, creed and social stigma. One has only to examine the illustrious pupils Wesley nurtured to understand the school’s egalitarian ethos.

Wesley was founded in 1874 by the Methodist Ministers who arrived in Sri Lanka in 1814. At this time the Kandyan kingdom was still under the Kandyan kings. But the following year (1815) the entire island was under British rule. The British established a system of administration for the entire country and opened up the land through a road network while the establishment of coffee plantations was in progress.

The British, after the subjugation of the country, turned to institute an efficient system of administration. They were strongly influenced by the utilitarian philosophies of Bentham and Mill, which promoted democracy and individual liberty. In 1833, Colebrook and Cameron made several administrative, judicial and economic proposals which Dr G.C Mendis, himself a Methodist and a son of a Methodist Minister, said, marked a clear division between the past and the present in Sri Lanka.

The founder of Methodism Rev John Wesley (1703-91) had Christian views about education and in addition to establishing the Methodist church he was deeply involved in education. It must be said that education in his time was not a highly developed concept in the minds of people. Universal education as a concept was alien. People were poor and children had to help in the households. There was a lot of child labour. Dickens writing half a century later, portrayed many of the evils of a child’s world. Pip in ‘Great Expectations’ had to help his uncaring sister, who beat him regularly, with chores. In Oliver Twist, Dickens shows the misery of untended children.

Education when it was found was a very unpleasant experience with flogging meted out for the simplest offence.
In a book called John Wesley and learning (1997) Herbert Byrne says “the wealthy looked upon their children somewhat as a disease, and schools were used as boarding schools to get rid of the little nuisances that abounded” (Byrne 1983, p. 125).

John Wesley did not preach such a philosophy. To him, children were born with inherited depravity, (the Bible says we are all conceived in sin, Psalm 51) but he thought that children should be brought up wih love, and not be treated harshly. Wesley believed that education was the key to the riddance of the social evils in his day as suggested in Volume 3 of his works, “I preached on the education of children wherein we are extremely wanting.
It is from such a background that the Methodist Ministers who came to Sri Lanka built their schools.

Wesley in its 150 years has served the country well. It was an inclusive school where all who wished to acquire an education were accommodated. Thus children from every ethnic and religious background mixed under the double blue flag. There was no attempt to proselytise. Every child was free to follow his own beliefs. Of course as a Methodist school, Wesley espoused Methodist practices.

The way of the future
In the approach to the sesquicentennial year, Wesley has to consider its role for the future in the context of the ever evolving life patterns. Quite obviously the exponential growth and impact of technology are ever growing forces. Changes in cultural patterns, social etiquette, and ethical behaviour will make the entire schools system re-evaluate its processes.

In the face of new technology one major decision Wesley will have to make is whether Dematagoda will be its centre of learning? Online teaching facilities and examinations have already made brick and mortar and the physical presence redundant. Classes in the future need not be time bound. Students will learn at the time that is convenient to them. Also they will attend the same class as many times as they wish. They will take an exam when they feel they are ready. Thus brighter pupils will advance faster.

When the future of education seems like this, how does Wesley respond? There is no value in fighting or resisting environmental change. Experience shows that every organisation which does not embrace change is doomed.

Consider the time we had paper road maps, or floppy disks or VCR players or cameras and photo labs. Classroom teaching as we now know it will lose its value during the next decade. Wesley must come to terms with this and seek to find alternatives that would be part of the revolutionary disruptions that are about to come upon us. Wesley has to migrate to virtual teaching. There is great potential and possibility in this. A child equipped with technological devices will have access to all the learning he wants. Wesley with her strong connections with the Methodist Church in the UK and the world, can establish online links internationally. Wesley boys can then have a wide choice in learning material in a subject, say Physics from anywhere in the world. Virtual demonstrations will be part of the programme. Candidates will be free from the bottleneck of the local GCE and the university system.

The church administers two schools; Wesley and Methodist. All plans can equally be adopted by both schools.  Wesley came to be fashioned in the British public schools tradition. This tradition embraced the Roman poet Juvenal’s exhortation “orandun est ut sit mens sana in corpore sano” which being translated means “You should pray for a healthy mind in a healthy body.”Thus physical activity and competition came to be an integral part of the learning process. At Wesley all the major sports, rugby, cricket football, hockey athletics and swimming are available to the student. In fact Wesley excels at these sports. M Sathasivam was a world renowned cricketer. A Mylvaganam was known as “Hockey Wizard.”How would a physical activity continue in a virtual world? Boys must meet physically because they are a gregarious lot. More importantly their bodies need exercise. In a new curriculum, time will be so flexible that programmes will have a great ease of application. Since tuition is online and accessible at all times, Wesley will have to fix times for physical activity. Two time slots will be available,- morning from 6.30 to 10 am and evening from 4pm to 6.30.pm. Activities will have to be structured and the role of the coaches and sports physicians will be greatly enhanced. An advantage over the present system is that every student will have an opportunity to take part in sports and those who desire can go further for competitions.

Wesley in the next decade will be a vastly different place catering to the future demands of a brand new world. Her children will still pray and labour on under their double blue standard.
(The writer can be reached at upagc18@yahoo.com)