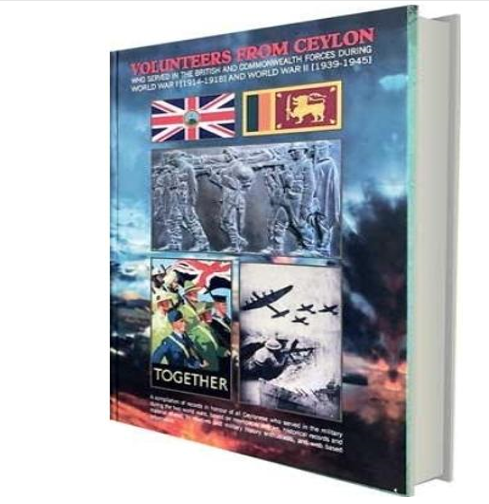 This abstract is a compilation of records in honour of all Ceylonese who served in the military during the two world wars, based on newspaper articles, historical records and material shared by relatives, military history enthusiasts, and web based information.

Sri Lanka or Ceylon, as we were known then, played a comparatively important role in the First World War although we were a crown colony of the British Empire. In 1917 the Times of Ceylon estimated that 1,250 volunteers had enlisted for overseas service. At least 351 Ceylon volunteers signed up while in England and another 438 enlisted on their own account. In addition, the ‘Times Fund’ facilitated the expenses for 156 Ceylon volunteers to enlist overseas.

In terms of the 1,250 Ceylon Volunteers estimated, there were 105 fatalities, 84 were Killed in Action and 21 died of wounds. Of the 114 Wounded in Action, 18 were categorised as either missing or Prisoners of War. It goes on to say that of the 330 casualties from the four English medium schools (Royal, St Thomas, Kingswood and Trinity) approximately 28% were casualties. Some of the volunteers were either students, past students or staff. The nominal rolls and the state of casualties are recorded as follows.

These schoolboy enlistments were possible due to the dedication, patriotism and motivation of the British principals and cadet masters of the four schools. Let their example be emulated by the masters and schoolboy cadets of the present schools in Sri Lanka.

The outstanding events of the Second World War in Ceylon were the two Japanese air raids on Trincomalee and Colombo in 1942 which was successfully repelled with the downing of over 70 aircraft by the RAF and the Anti-aircraft batteries, most of whom were manned by Ceylonese volunteers. The experience of being under enemy fire and its successful defence provided a rare opportunity for the Ceylon Volunteers to show their capabilities in combat very competently.

The association with many British Army and other allied units enabled the Ceylon Defence Force (CDF) troops to gain much needed experience in Jungle warfare training, in the performance of numerous duties including guard duties during war and learning valuable lessons from a professional Army that has stood in good stead for the future. However at the end of the Second World War the CDF was demobilised in 1946 although a cross section of troops attended the Victory parade in London in 1946.

Then in 1947 when the trade union action caused civil disorder certain CDF personnel were mobilised and used to bring back order to the country.

The brief history of the CLIV [Ceylon Light Infantry Volunteers] forms the history of the Infantry arm in Ceylon and the birth of many units of the Ceylon Volunteer Force which later became the Ceylon Defence Force and the Ceylon / Sri Lanka Army later. The above facts also indicate the lack of trust of the Sinhalese in the early part of British colonial rule which impacted very adversely on the local population, the formation of the Army with indigenous personnel and the administration of the country.

This situation changed due to the events that took place in the rest of the world and the need to provide the political, economic and social changes to enable the local population to emancipate themselves from abject poverty, whilst being recognized and provided basic needs thus far neglected. Hence the basic infrastructure for the local population was developed through the plantation economy, where the construction of roads, railways, the irrigation system and the commencement of primary education in the second half of the 19th century.

Since the administration suffered as a result of the rebellions, the British colonial power was forced to change its strategy of depending only on the European powers and their local elites in Colombo by incorporating the local leaders in the administration of the country over time. They began to understand the Ceylonese way of life and existence which was gradually allowed to be revived although they were always vary of their own security.

The lessons we learn are the importance of Security of a country. The priority of serving your motherland and doing all you can without asking what it can do for you instead. The collection of material was compiled by Group Captain Kumar Kirinde [retd] SLAF with the support of the team of tri-forces members to record it for posterity, honouring the Fallen and remembering those who volunteered to serve the motherland during the World Wars in its hour of need. Let it inspire the youth of the country in the future for FREEDOM has a PRICE. – LEST WE FORGET –

From Sri Lanka : please deposit Rs. 1,350 to the following account and email your postal address to anyone of the addresses given above

Foreign payments to be made to the following account in Australia 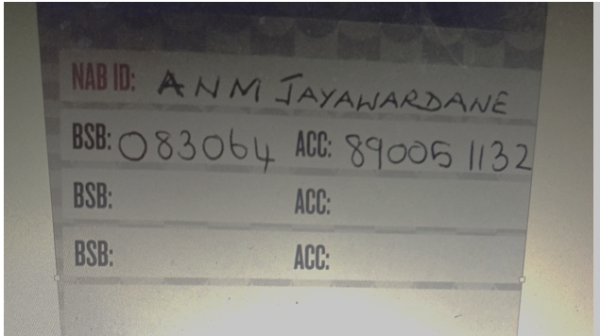