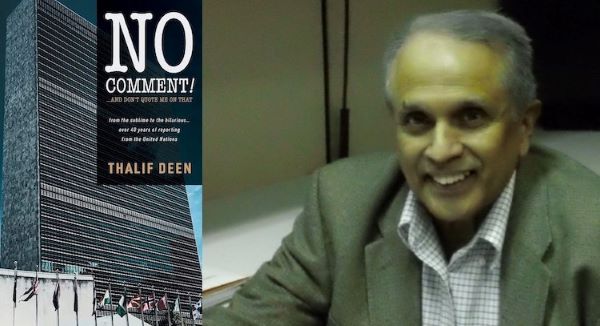 BERLIN (IDN) — Veteran journalist Thalif Deen has been appointed IDN-InDepthNews Advisor on Nuclear Non-proliferation and Arms Control Issues & Senior Writer at the United Nations. IDN is the flagship of the Non-profit global media agency International Press Syndicate. He has been covering the United Nations since the late 1970s. 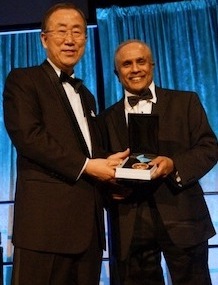 As the former UN Bureau Chief for Inter Press Service (IPS) news agency, Deen was cited twice for excellence in UN reporting at the annual awards presentation of the UN Correspondents’ Association (UNCA). In November 2012, he was on the IPS team which won the prestigious gold medal for reporting on the global environment—and in 2013, he shared the gold, this time with the UN Bureau Chief of Reuters news agency, for his reporting on the humanitarian and development work of the United Nations.

A former information officer at the UN Secretariat, he served twice as a member of the Sri Lanka delegation to the UN General Assembly sessions. His track record includes a stint as deputy news editor of the Sri Lanka Daily News and senior editorial writer on the Hong Kong Standard.

A Fulbright scholar with a Master’s Degree (MSc) in Journalism from Columbia University, New York, he is co-author of the 1981 book on “How to Survive a Nuclear Disaster” and author of the 2021 book on the United Nations titled “No Comment – and Don’t Quote me on That”—and subtitled ‘from the Sublime to the Hilarious’, both of which are available on Amazon: https://www.rodericgrigson.com/no-comment-by-thalif-deen email: thalifdeen@gmail.com tmd30@caa.columbia.edu

IDN carries a few excerpts from Deen’s book on the link https://www.indepthnews.net/dont_quote_me

“Working at the UN during the most dramatic events of our time—from the pursuit of war and peace in the Middle East to the humanitarian disasters in Africa and Asia, this book provides an insider’s view on what went on behind the ‘glass curtain’ during a period of extraordinary turbulence,” writes Roderic Grigson in a book review.

No Comment is told through a series of news stories, interviews, anecdotes, and personal recollections. This compelling page-turner is held together by flashes of surprising humour and an overarching third world focus and point of view.

Though the book’s scenes are scattered, they are individually memorable, evoking amazement and laughter in the same breath. Deen’s colleagues know him “as a raconteur, often entertaining guests at various functions and parties with stories from his vast array of yarns, and this comes through his narrative in abundance”. [IDN-InDepthNews — 19 September 2021]

IDN is the flagship agency of the Non-profit International Press Syndicate.

We believe in the free flow of information. Republish our articles for free, online or in print, under Creative Commons Attribution 4.0 International, except for articles that are republished with permission.