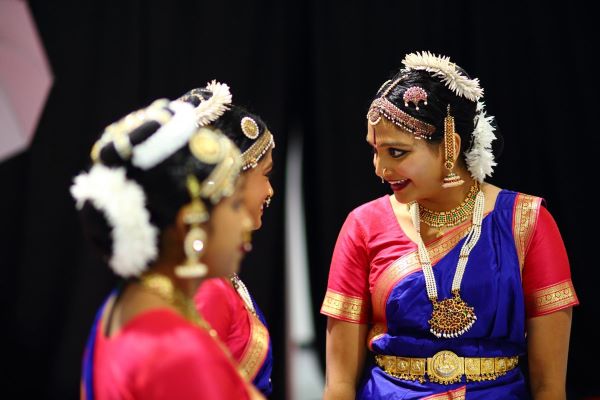 Community fundraising, donations from around the world, drive campaign towards success

Donors who have supported the campaign to establish a Chair in Tamil studies at the University of Toronto Scarborough will be proud of an important milestone reached this January. Undeterred by the COVID-19 pandemic, and just as Tamil Heritage Month celebrations get underway, the campaign is announcing that donations have surpassed $2.3 million of a $3 million fundraising goal.

Spearheaded by the Canadian Tamil Congress and Tamil Chair Inc., who committed to raising the $3 million for the first endowed chair of its kind in Canada, the campaign represents an extraordinary effort by the Tamil community to bring Tamil Studies to one of the top universities in the world.

Tamil is among the world’s seven classical languages, with a continuous linguistic and literary history stretching back more than 2,000 years. With 80 million plus speakers, Tamil is one of the most frequently spoken languages in the world. Canada — specifically, the area around the GTA and eastern Toronto — is home to one of the largest Tamil communities outside of the Indian sub-continent.

UTSC’s large and active Tamil-heritage student population would directly benefit from the chair, which will enable the preservation and memorialization of Tamil culture and language, and help establish UTSC as a major hub for Tamil scholarship. Opportunities to pursue higher Tamil studies and collaborate with scholars globally will also be created. The Chair is also expected to help bring events to UTSC that would serve to engage the wider Tamil community.

“With its vision of inspiring inclusive excellence, the University of Toronto Scarborough proudly supports our community networks and partnerships,” says Wisdom Tettey, principal and vice president of the University of Toronto Scarborough. “I am delighted to see that our close partnership with the Tamil community has created such a groundswell of support, and I look forward to the day that the Chair in Tamil Studies adds to the rich and vibrant fabric of UTSC’s academic programming.”

The sheer number of individuals who have rallied to the CTC’s vision make the campaign’s success utterly unique: to date, over 25 community organizations, 85 corporations, and over 2,000 individual donors — comprised of youth, the elderly and everyone in between — have given to the campaign, with some donating more than once.

Overwhelming enthusiasm for the initiative has become one of its defining characteristics. For instance, upon hearing about the campaign, Thanabalasingam Sivaloganathan mobilized the 350-strong Markham Seniors Welfare Association to help fundraise for the Chair. The senior’s group hosts weekly online meetings and Tamil language concerts to raise funds for the chair.

“This is our language. We are proud of it,” says Sivaloganathan, whose group’s efforts most recently amassed $9,000 towards the Tamil Chair.

That enthusiasm has also been evident in international donations which, since kicking off the campaign with the University in 2018, have poured in from around the globe.

“I just say the word ‘Tamil’ and people give,” says advisor to the Toronto Tamil Chair and director of Tamil Chair, Inc. Appadurai Muttulingam.

Muttulingam is both excited and amazed by donations that have come in from all parts of Canada and all over the world, often accompanied by emotional and heartfelt stories. One of those stories includes Rathy Arulananthan, who approached local community group the Vembadi Old Girls’ Association to help fundraise for the Chair.

“She did a wonderful job,” say Muttulingam of Arulananthan’s efforts for the campaign, which led the group to receiving 119 contributions, amounting to $10,000, in under three weeks. He adds, “Sometimes [what people have to give] is not a lot, but it doesn’t have to be. Every dollar counts.”

Sivan Ilangko, president of the Canadian Tamil Congress, who is also a director of Tamil Chair, Inc. and chair of the Toronto Tamil Chair Committee, hopes that each of the more than two thousand donors feel recognized for their contributions.

“We keep a list of every donor on the Toronto Tamil Chair website,” says Ilangko, who looks forward to the day that the $3 million fundraising target is achieved, so that the work of recruiting for the Chair can begin.

“I am touched by the overwhelming support to the initiative,” Ilangko adds, “and equally touched by the success of the campaign thus far, which started with a single conversation.”

How will the Tamil Chair impact the UTSC and Tamil communities? Find out here.

Photo: Dancers perform at the one year anniversary of the Tamil Chair campaign in early 2019 (DARO)