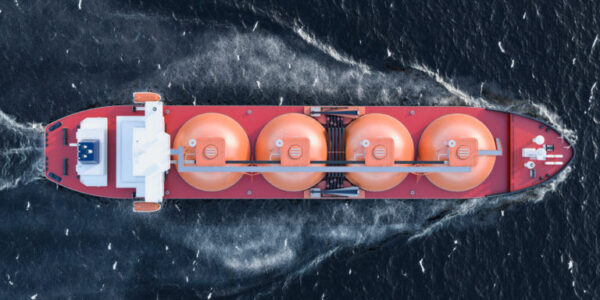 New Fortress Energy has finalised a contract with the government of Sri Lanka that gives it the rights to develop a new liquefied natural gas (LNG) import terminal off the coast of Colombo that is expected to start up in 2023.

The pair announced yesterday that the US-listed company will invest in West Coast Power (WCP), the owner of the 310 MW Yugadanavi power plant based in Colombo, as well as recieve rights to develop an LNG terminal.

Sri Lanka’s government has long pushed plans for gas to make up at least one-third of the country’s energy mix by 2030, up from zero at present. Significantly, LNG imports are currently the only way of introducing gas to Sri Lanka. Although the government is trying to rekindle interest in undeveloped offshore gas deposits.

Still, numerous plans to import LNG have come and gone over the past decade. Sri Lanka’s reputation for bureaucratic delays and political squabbles have tended to stall progress.

As part of the latest deal, New Fortress will have gas supply rights to the Kerawalapitya power complex, where 310 MW of power is operational today and an additional 700 MW set to be built, of which 350 MW is scheduled to be operational by 2023.

New Fortress said it will acquire a 40% ownership stake in WCP and plans to build an offshore LNG receiving, storage and regasification terminal off the coast of Colombo. New Fortress will initially provide the equivalent of an estimated 1.2 million gallons of LNG (~35,000 MMBtu) per day to the government of Sri Lanka, with the expectation of significant growth as new power plants become operational, the company said.

The 310 MW Yugadanavi power plant currently has a long-term power purchase agreement to provide electricity to the national grid that extends through 2035. This power plant consists of General Electric turbines and is configured to run on natural gas in combined cycle.

“The Kerawalapitya power complex is the foundation of the baseload power that serves the country’s population of 22 million people. Delivering cleaner and cheaper fuels to Sri Lanka will support the country’s growth for years to come,” said New Fortress Energy.

The terminal is expected to begin operations in 2023, added the company.

Sri Lanka’s upstream sector is in a state of infancy. The country has held two offshore licensing rounds since 2007, both of which saw limited interest. There is no domestic production and the country lacks a market for gas, Wood Mackenzie said in an upstream report last October.