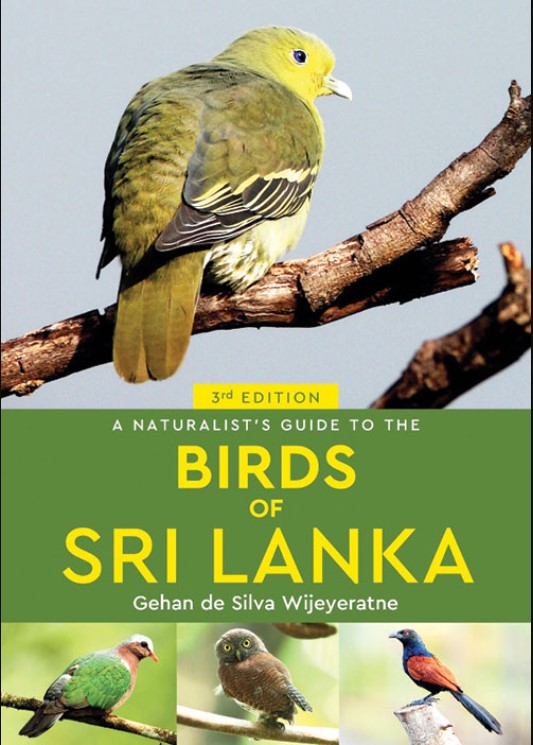 Renowned British publisher, John Beaufoy, Managing Director of the London based John Beaufoy Publishing Ltd, says tourism will recover in Sri Lanka and he hopes to publish more books on Sri Lanka in the future.

John Beaufoy Publishing has published a significantly revised third edition of ‘A Naturalist’s Guide to the Birds of Sri Lanka’. Previous editions of this pocket guide have been of immense use to many Sri Lankans and foreign tourists. The third edition has been extensively revised to reflect current taxonomic thinking influenced by advances in molecular phylogenetic.

The arrangement of birds to reflect their evolutionary relationship to each other is the science of taxonomy or systematics, which has been in a state of flux for centuries as taxonomists attempt to construct the evolutionary relationship between birds. The new arrangement of families will hold many surprises. For example, consider the familiar Sri Lanka Woodshrike, an endemic bird that is easily seen in popular dry lowland sites, such as Yala. Many local birders will be surprised to find that it is now included in the family Vangidae, which comprises birds known as Vangas better known from Madagascar. The exact placement of some bird species still remains unresolved despite significant advances in genome sequencing.

At the time of writing, Sri Lanka has come off the red list of countries such as the UK and is poised to benefit from the resumption of international travel after nearly two years of Covid. JBP currently have in print ‘Naturalist’s Guide’ titles covering birds, butterflies and dragonflies, mammals, flowers, trees and reptiles as well as the larger format book ‘Wild Sri Lanka’.

In the current book, despites its compact size, 278 species of birds from 80 families within 22 scientific orders are covered. The book’s author and principal photographer is Gehan de Silva Wijeyeratne, one of Sri Lanka’s best known natural history popularisers and a strong advocate of aligning conservation with an economic agenda. According to him, despite Sri Lanka being a moderate-sized island, it is a fantastic place in which to learn about birds. Over a third of the world’s bird families from over half of the world’s scientific orders are found in Sri Lanka. As a result Sri Lankan birders are familiar with many of the bird families found in Europe, Asia and Africa. Many visiting birders and photographers also comment on how remarkably easy it is to get close to stunning birds in Sri Lanka. Even in the capital city, colourful birds, such as the Black-headed Oriole, visit home gardens. Colombo is also blessed with biodiversity-rich urban wetlands such as Thalangama Wetland, Diysaru Wetland Park and Beddegana Wetland where a spectacular array of birds, from Grey-headed Swamphen to Oriental Honey-buzzard, can be seen.