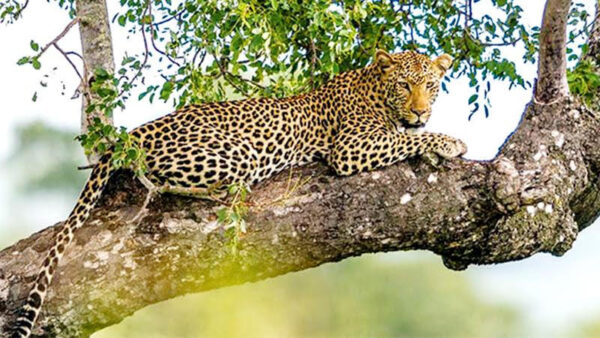 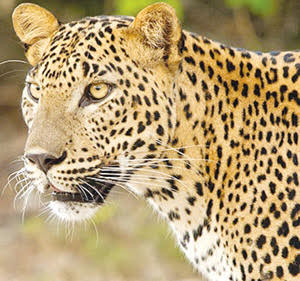 Ecotourism, usually a form of nature-based tourism, is often known to be one of the fastest developing segments of the tourism market globally.

In the last couple of decades, the authorities have begun to view ecotourism as a kind of economic key for supporting nature conservation although in general, this type of tourism is focused on nature.

To be considered ecotourism, it must be environmentally conscious.

Being careful of the environment, should help to conserve nature and thereby contribute to the sustainability of tourism susceptible to wildlife.

Many proponents of ecotourism also claim that providing environmental education or knowledge to tourists who participate in it is a vital aspect of it. Such knowledge can make tourists more aware of nature.

Supportive of its conservation via changes in their behaviour, greater political support and larger financial contributions for such conservation is needed.

It is also believed that ecotourism can provide direct financial support for nature conservation as well as for local communities where it occurs.

Indeed, the International Ecotourism Society’s definition of ecotourism makes local benefits a requirement for tourism to be classified as ecotourism. 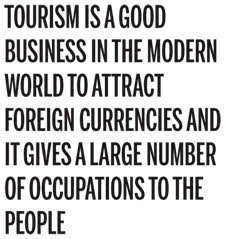 The local communities involved are often remote from the main centres of economic activity in most nations.

Also, these communities frequently have limited economic opportunities. While there are numerous advantages to developing ecotourism, it is also important to recognise that not all proposed ecotourism projects will be profitable, that they may provide little or no economic benefit to local communities.

Because they may become a drain on funds that could otherwise be used for nature conservation, and that they may distort the range of species conserved.

This article considers both the benefits and limitations of more generally wildlife-based tourism as a means for conservation of Sri Lankan leopards and their habitats.

Sri Lanka has always been well known for its high level of biodiversity and wildlife. It is rated as one of the world’s 34 biodiversity hot spots.

Sri Lanka is also known for having developed some of the world’s first wildlife sanctuaries. Sri Lanka currently has 22 national parks, which account for approximately 12 percent of the land area of the entire country.

These parks, and the rest of the country, harbour a wide range of fauna and flora, many of them endemic to Sri Lanka.

Also, Sri Lanka boasts a wide and unique range of wild animal species. It is the only place in the world that one can see the largest concentration of leopards in the world and that is in the area of the Yala National Park.

The Sri Lankan leopard (Panthera pardus kotiya) is an endangered, endemic sub-specie and the island’s only apex predator.

As a probable keystone species the leopard’s ecological value in Sri Lanka is high. These elusive and secretive creatures are extremely challenging to locate in the wild; and many wildlife enthusiasts globally travel to great ends, to locate them. However, fortunately, it is not the same in Sri Lanka. According to some wildlife researchers, Yala National Park has the highest population density of leopards in the world and incidentally, Yala was known back then as a hunting grounds for the British elites, which is now home to the best sightings of leopards in a park.

The Sri Lankan leopard has been classified as endangered by the International Union for Conservation of Nature (IUCN) and is a leopard subspecies that is native to Sri Lanka. The population of leopards which is not larger than 1,000 is declining due to a multitude of reasons which includes poaching and also the human-leopard conflict.

Some visit Sri Lanka mainly to view leopards. It is a favourite subject of wildlife enthusiasts and widely photographed.

The conservation and the protection of the leopard need other proactive measures as well.

Even though the leopard holds such an important segment in the tourism sector, given how popular wildlife tourism is, the authorities are yet to team up with wildlife authorities to have a comprehensive plan of action to protect leopards so that tourists will still be able to see them in the future.

Such an action plan needs to be multi-dimensional, tourism being one dimension.

There are leopards in both the low-country, wet and dry zones and in the hill country up to the highest elevations, with a population in Horton Plains National Park itself.

Hence it is needed to consider the populations of the leopards within and outside the protected areas and to have conservation and management actions to cover both these populations.

Sri Lanka is often overlooked in Asia. A relatively small economy at just US$80 billion GDP per annum and a population of 22 million, it is eclipsed in size by many Asian cities.

When we consider the term “Leopard Economy”, Sri Lanka is smaller than the traditional Asian lands of Tigers. However, the country does boast the world’s largest population of leopard sub-species in the world.

When considering the leopard conservation-based tourism in Sri Lanka, obviously special care may need to be taken to make sure that local communities do benefit from a profitable ecotourism development.

For instance, if we introduce a wildlife-based eco-tourism project for some region in Sri Lanka that area should be re-developed and further enhanced for leopard-based tourism. Care needs to be taken to ensure that local villagers, especially farmers, can earn some additional income e.g. by acting as guides for visitors, providing access to areas by vehicles and so on.

In particular, care should be taken to avoid excluding locals from natural areas to provide unhampered access for tourists.

Local farmers in this area can potentially assist tourists in the late afternoon and early morning when opportunities for wildlife watching are the greatest.

Especially in the dry season, agricultural activities are at low ebb. Furthermore, during off-seasons farmers would welcome extra income and employment from tourists. Similar tourism possibilities exist in the villages, providing food and accommodation for tourists (ex. homestay).

To achieve this targets these areas should be developed for transport and infrastructure facilities that are able to reach international standards.

Possibly, in the beginning, it will be specialist leopard lovers who will first return. General tourists will probably need to be enticed with a wider range of attractions e.g. availability of cultural attractions such as local dances and historical features.

One of the possible benefits of the development of ecotourism or wildlife-based tourism is that the economic returns from engaging in it can exceed the costs involved.

This is only possible, however, for a wildlife site if exclusion from the site is easy and not too costly. In such a case, wildlife used for tourism can be directly marketed and could be profitable.

The level of profitability will depend to some extent on how well the ecotourism business venture is managed and on the nature of the development.

Accounting for economic benefits arising from conservation and reducing potential policy conflicts with alternative development plans can provide opportunities for successful strategies that combine conservation and sustainable development and facilitate conservation action. Tourism is a good business in the modern world to attract foreign currencies and it gives a large number of occupations to the people.

Modern tourism industry develops with various requirement or purposes such as pleasure, business, education requirement, research and so on.

Sri Lanka is expecting to develop this country as a major tourist destination in Asia.

The country has various opportunities to achieve that goal like pleasure tourism, eco-tourism, cultural heritage sites, religious base tourism, business, education and facilitator as a centre of international transportations.

But the tourism sector needs a wide range of resources and facilities to develop it as the main economic sector contributor.

The present infrastructure development program concerns are to develop the tourism sector requirements such as international standard roads, hotels, urban areas, aviation and the harbour sector.

The government needs to mediate to solve tourism sector issues, especially the need of a large number of professionals in each field.

Therefore, the Government should need to implement training and development programs or standardisation methods to tourism sector employees at a standard level. Sri Lanka has a beautiful natural environment therefore we can market these resources through eco-tourism development.

Most foreigners are interested in spending their leisure with the natural environment. Therefore it is more important to pay attention to this leopard conservation while improving the benefits for local communities. The ultimate goal of the Felidae Carnivora project is to implement this vital awareness and conserve Sri Lankan leopards. It is very clear that time is fast running out for this charismatic carnivore and therefore urgent management action is needed to save this unique population for the future.