Tourism and the national economy – BY JALIYA WIJEYEKOON 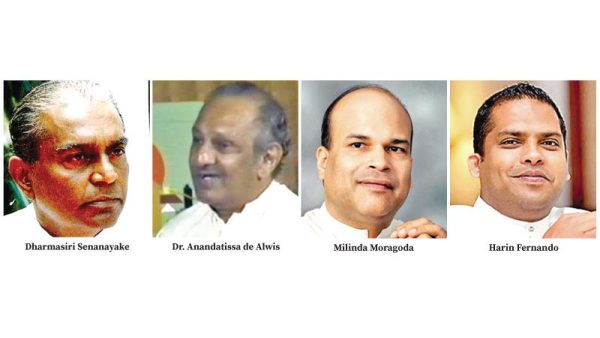 Tourism is a word which is rampant on the lips of politicians, economists, entrepreneurs and media people at present. What is tourism? Tourism could be briefly defined as travelling from place to place for various reasons. Tourism has been in existence from time immemorial and it is not limited to human beings. Tourism is a regular practice even among a number of species globally.

People travel from place to place or country to country for different reasons such as pleasure, holidaying, business, education, employment or climatic reasons. Some species travel thousands of miles during certain periods in the year for climatic reasons.

We know of some migrant birds flying even to our country during some months of the year and go back to their country of origin after spending a few months here.

Although tourism had been in existence from centuries ago, it developed as an industry only after the industrial revolution which took place in Europe in the latter part of the 18th century and the beginning of the 19th century.

With the industrial revolution a number of significant achievements were made in respect of every need of the human beings out of which the introduction of different modes of transport was of paramount importance. Land vehicles such as motor cars, busses, vans and trains came into being. Marine vehicles like ships, motor boats, submarines and aerial or flying vehicles such as airplanes, helicopters, and even faster jets were introduced to the world.

As the passage of time gradually passed by the people became scientifically advanced, more civilised cultured, educated and inquisitive and started to travel from place to place, country to country and continent to continent for various reasons and tourism gradually became a global industry. There are some other industries which prospered rapidly hand in hand with the tourist industry.

The Western world quickly realised the importance of tourist trade and took all possible measures to popularise in their countries and subsequently it was encouraged in other countries as well. By this time most of the Asian countries were under the British Empire and no special attention was focused by the British rulers to promote tourism in the region other than setting up a few hotels to be patronised by them while they are working in these countries.

We gained independence in 1948 from the British rulers and started our own governance. Since then, some of our national leaders who were educated mainly in Great Britain had already realised the importance of developing the tourist industry. But they were not able to adequately focus their attention on this process since we had more burning issues to address and relieve the people from imperial bondage mentality after winning the independence.

There were a number of efficient ministers who worked relentlessly with a clear vision to promote the industry in the country. Some of them were Dr. Ananda Tissa de Alwis, Dharmasiri Senanayake and Milinda Moragoda to name a few.

Irrespective of their political philosophy, they were genuinely interested in developing the tourism sector in the country to earn foreign exchange for the national coffers. Sri Lanka, a small island in the Indian Ocean is blessed with a numbers of factors. Its strategic location, geography of the country, history, civilisation, climate and nature of people augurs well to be a tourist destination. But most unfortunately we have still not been able to exploit the available resources to its maximum potential.

There are some countries which generate substantial percentage of their national income through tourism. Even our closest neighbour, Maldives earn a considerable portion of the annual income of the country by tourist trade. Hawaii Island totally depends on tourism and over 90 percent of their national income is generated by tourist trade. It is surprising to note that any given month of the year there are more tourists than local citizens in the Hawaiian Islands.

Our country, with all its resources, potential and worthiness to be an absolute tourist destination, fell short in the process of trade development mainly due to lack of a national policy and partly due to the long drawn war which lasted almost three decades.

Short term and long term plans have to be initiated with the help and concurrence of different ministries, departments and relevant institutions. Policymakers should pay their attention to introduce Higher Diplomas and Degree programs in the universities and higher educational institutes so that there will be a qualified set of youngsters in the future to handle this trade successfully. Foreign training should be sponsored by the State to produce professionals in this trade.

Private sector participation is vital in the enhancement of tourism as they are playing a major role in this business. Sometimes even more than the bureaucrats and decision makers, they are the people who are practically involved in this trade and they possess hands on experience which could be exploited and utilised to promote the trade.

An aggressive propaganda campaign should be launched by the Government highlighting the scenic beauty, attractive beaches, cultural pageants availability of star class hotels, domestic travel and transport and about leisure time activities and the safety and security of visitors. It is very encouraging to see the present government is trying its best to promote tourism and the quantum of work discharged by the Minister of Tourism Harin Fernando with a clear vision to promote tourism in the country.

The bold political move he made at this crucial hour to strengthen the hands of the President leaving aside the party politics is admired and appreciated by every right-thinking citizen of the country. It is encouraging to see the Minister Harin Fernando along with the officials at the Tourist Promotion Bureau actively engaged in its development. A large number of employment opportunities could be created with the development of tourist trade directly or indirectly which will finally boost our national economy. In addition to the conventional and traditional methods and theories of the trade model and novel ways has to be innovated, introduced and adopted for the rapid development of any trade.

We have to look in to the global trends in developing any industry. It is doubtful whether we have adequately explored the possibility of promoting the event tourism in the country which is widely considered as a multimillion dollar generating industry in the world.

Some countries in Asia such as Singapore, Malaysia, Japan, India, China and also the Gulf countries like Dubai and Qatar have focused their attention on event based tourism since the beginning of the 21st century and earn good revenue to their national economies.

Up to the recent times we had been mainly focusing only about the Kandy Perahera and the Katharagama Festival to attract tourists. Going further event tourism is attracting visitors to a country for an event or event based tour which could be an international sporting event, high level business forum, regional leaders conference on a vital issue, musical show where the world stars take part, top level trade exhibitions or even a national religious festival like Vesak which can create attraction around the world.

Sri Lanka cricket has been the cynosure of event tourism for some years bringing down many tourists to watch the international cricketers in action.

Our great natural locations such as sandy beaches in Nilaweli and Hikkaduwa and valleys and hideouts and Gregory Park in Nuwara Eliya are tailor made for events while newly built conference halls and star class hotels could be the venues for international conferences and guest accommodation with all facilities.

It is essential to identify the visitors and cater to their needs. The attitude and temperament of the holiday maker will be different from the business traveler. So their tastes differ, needs differ and habits differ.

We hear of some visitors those who have been victimised by unscrupulous traders, those who had been robbed of their valuables by rogues and subjected to various unexpected misfortunes.

Law enforcement authorities should take immediate steps to bring the culprits to books and mete out the severest punishment on them if possible even before the victims leave our shores. And the victims should be adequately compensated and redress their grievances and assure them of non repletion of a similar incident.

Sri Lanka’s tourism industry which had been prospering fast came to a complete standstill with the Easter attack followed by the global corona pandemic and then by the wrong economic policies of the previous regime which led to a disastrous chaotic situation economically, politically and socially.

However, fortunately with the advent of the new administration headed by the visionary leader Ranil Wickremesinghe the country is breathing a sigh of relief and the national economy is marginally getting stabilised at present. It is the duty of all the right thinking citizens to support him at this crucial hour leaving aside petty political differences.

It is the ideal opportunity for all stakeholders involved in the tourism trade to launch an aggressive and vibrant campaign to promote the trade and earn forex for the national economy. Once again we salute our new Minister of Tourism Harin Fernando for the courageous, timely and effective steps taken to promote trade along with the officials and the experts in the field.