To all the SIR’s I’ve loved before! 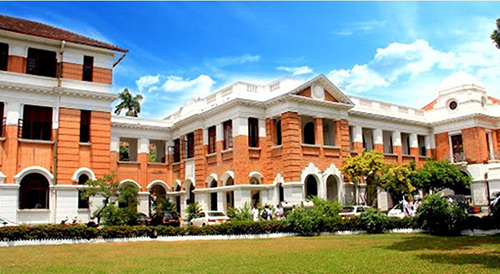 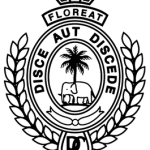 In this day and age where the word SIR has so much effect, my mind has wandered back to all the Sirs and of course Madams’ who guided my life through school and the influence they have had. Of course, covering ALL of them will be hard but the first teacher who springs to mind is a lady and her name was Beulah Rosa, she taught me in Grade 4 and first showed me that encouragement from a dedicated teacher can change your entire life. Moving on to Mrs. Monica Jayasekera in grade 9 at Royal College who made me feel that my superior knowledge of English gleaned from my private Preparatory school education was not something to be hidden from my peers who had been through the Royal Junior system that had almost no English teachers. Mrs. Jayasekera made us read out loud to the class and thereby teach them pronunciation and alleviate the fear and intimidation that the feared “Kaduwa” brought to my classmates. On the subject of English Mr. Wije Weerasinghe our revered English Literature teacher in the school where one was supposed to learn or depart, was able to inculcate an appreciation of Shakespeare, Jane Austen, the poetry of Dryden and Keats, and also the mystical writings of John Still together with which we also learned to be proud of our history, and the magnificent past of the land of our birth. He taught a Rugby player (and a front-row forward at that!) about the iambic pentameter and the rhyming couplet and that knowledge has helped in the appreciation of this language that has contributed to my livelihood over the years.

Moving on to Mr. Christie Gunasekera that legendary vice-principal of Royal College who actually taught us how to lace our boots on the first day of practice. A practice that is adhered to even today! To who’s wedding a closely guarded secret, a handful of us prefects of the day commandeered the then army commander’s car (the commander’s son was our head prefect) and “gatecrashed”. Mr. Gunasekera was feared but our love for him and our confidence in his decision-making and judgment told us that he would react favourably. After the customary “Come Here” (accompanied by the crooked forefinger), to us who were lurking in the background at Donald’s studio that he had gone to for a photograph after the Church ceremony. He ordered us to come to his house and produced a bottle of whiskey (Old Parr was the brand, I remember it to this day) and give us a drink! Now we were all over the legal drinking age and it is far too late for any legal action to be taken as all my co-conspirators (or is it beneficiaries) will deny this incident and pin it down to the senile rambling of my crumbling brain. However, let me add that even some devout followers of Islam who were with us that day couldn’t turn down the offer of an Alcoholic beverage from their beloved SIR. They had the good sense to realise that if they were going to break the law of their religion this was the one time to do it!

Mr. Haniffa (who was alleged to have the first name of ABU) who took pity on me towards the end of my rugby career at school and offered to teach me his pet subject logic, free of charge and on his own time as he said, “what are you going to do when you leave school, boy”. Mr. Nanayakkara (who was also alleged to have the first name Haramanis and was universally known as HARA) knew every bad habit that the players under him had and tolerated them within acceptable limits. With only token efforts made to apprehend smokers and those who indulged in the odd alcoholic beverage.

Our coaches the legendary Summa Navaratnam whose yells of disgust during practice echo in my ears even today, some 40 years later. Mr. Navaratnam, I would never dare to call him Summa and I have come across writings of today when some of his disciples have bestowed an honorary knighthood on his and call him Sir Summa, could never watch our matches (except during that memorable trip to Thailand in 1978) and therefore probably never realised how his words of wisdom revibrated in our ears during some close-run Bradby Shield victories. That ultimate gentleman Mr. Gamini Salgado who sense of humour and ready wit enlightened so many cricket seasons. The list goes on and it is impossible to cover them all. Those were the real SIRS and Madams of our lives and of our country.

Maybe the soldiers and other members of the armed forces have got it right when they address you as MISTER and deliberately don’t call you sir at the checkpoints that we were so accustomed to during my years in the Pearl. Their SIRS’ are their superior officers and a mere civilian does not fall into that hallowed category.

I dedicate this column to all the Sirs’, and Madams’ I have loved before and wish to convey to them that they will always be a part of my life and offer abject apologies to them for having to share the same title as that they carried with so much honour and dignity, with the bearers of those titles today!