Time to rid the country of Dependent Mentality – By Nadira Gunatileke 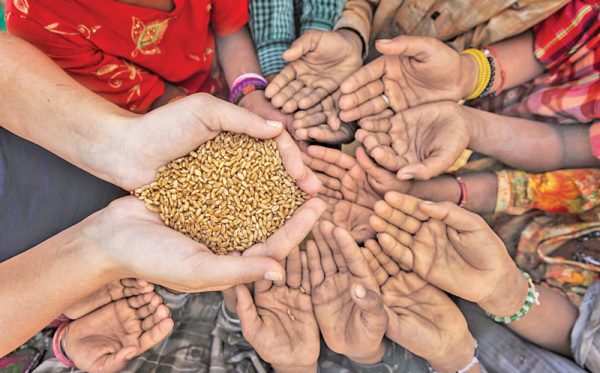 The President mentioned two important facts in Parliament last week. Both facts were about Samurdhi recipients. The President stated in Parliament that some Samurdhi recipients have been receiving Samurdhi benefits for two decades or so and there is a large number of eligible families who are waiting to be entered into this social welfare scheme while there are several unqualified (economically stable) families in the scheme who receive the benefit.

Those facts are very crucial for the entire country because no one in the country’s history has mentioned those very important facts during the past several decades. No political leader mentioned it because they were only aiming at winning the next election and not working towards taking the country and the people to prosperity. Telling the bitter truth is very difficult and dangerous. Only individuals with a strong backbone and honesty do so. Those who are selfish and are only aiming at winning the next election never do so. It is because membership of social welfare benefit schemes is the main bait thrown at the poor people to get their valuable votes during elections. This bait had been thrown at poor people of Sri Lanka since 1948. Most of the Sri Lankan people are not smart enough to see the gravity of the situation and fall for this bait. This is why we, Sri Lankans, are standing here today.

It is high time to eradicate the ‘dependent mentality’ and ‘social welfare culture’. As Sri Lankans we have to look at the bitter truth we were hiding from up to now. It hurts a lot of people but we have to tell the truth. Otherwise, ‘politics based on promises’ will continue. We have to stop this now or it will never end. Sri Lanka will remain as a developing country forever.

What is this bitter truth? Working and employed people pay tax to feed a large number of other people who are lazy, who do not work, who are not willing to work and who cannot work. The social welfare scheme has been there since Independence!. No matter which name was used to name them, all of them were social welfare schemes. We have to feed who cannot work but we should not feed who can work but not work.

It was ‘Stamps’ (Haal Potha/ Muddara) in the 1970s and then it became ‘Janasaviya’. After a few decades it became ‘Samurdhi’. No matter what name you call it, it is a social welfare scheme. There is no argument at all about offering a social welfare scheme for a special social group which includes aged, permanently disabled people and the patients suffering from chronic illnesses such as CKDU, cancer, etc. It is a must to protect them and it is the sole responsibility of any State and any Government in the world. But how about others who are being covered by the same social welfare scheme?

It is very interesting to check who is covered by the social welfare scheme in Sri Lanka. They are unemployed people. We can laugh and cry at the same time when we see who has been covered by the Sri Lankan social welfare schemes since Independence. People cannot get a good job when they are not educated. But they can get any job at any time if they really want to. Why can’t they work? No one questions why.

It is more interesting to check what those unemployed people are up to which has been the case since Independence. Several decades ago they only used illegal liquor and ‘Beedi’. They are involved in all types of anti-social activities freely. Most of them are in the age group which should be included in the country’s active workforce. They became a huge burden to their families, especially to their family members who earn a few rupees by doing odd jobs.

The situation has gone from bad to worse now with these people who are a burden to society using various natural and artificial illegal drugs available. They pervert their minds by watching pornography through the internet and still continue to enjoy the benefits of social welfare schemes!. This is the most pathetic situation in this country.

If we put it in simple words, the workforce of the country pays money to maintain a bunch of lazy drug addicts and anti-social groups of people who harm the country and the people while the nation as a whole becomes poor day- by-day. By now we have fallen to the bottom of this pathetic situation and that is why we cannot go forward without the help of the IMF. But even the IMF will not help us any longer if we continue this sick culture of looking after the lazy and riff raffs of society.

Make them to work

Enough is enough. We have to put a full stop to looking after unemployed people. We have to employ them or force them to work in State projects in return for the benefits they receive from social welfare schemes. This system was there from time to time but it was not properly planned and not implemented covering the entire country and the entire population which receives the benefits of social welfare schemes. Now it is time to do this. This system will save billions of rupees when implementing various development projects by the Government and also when delivering certain essential social services such as the free health service.

It is understandable no political party, trade unions or anyone in the country have not talked about this burning issue since Independence because they do not want to drop their vote bases. When there is a population whose votes can be bought by giving them something like a few roofing sheets or fooling them by telling lies, those political parties can do politics. If there are no such voters, then their politics will be over. This is why all successive Governments kept them as the ‘recipients of benefits’ of various social welfare schemes that came in various names since Independence.

They become the henchmen of certain politicians or bribe the relevant State officers such as Grama Niladharis, Samurdhi Niladharis etc. and stay in the list of ‘recipients’. This should be detected and prevented.

Poverty should have been eradicated by the respective Governments that ruled the country since Independence through the implementation of a practical system to establish income generating avenues for them without offering those Stamps, Janasaviya, Samurdhi and all types of social welfare schemes.

After Independence the majority of poor Sri Lankans only demanded things from the respective Governments and had nothing to offer to the country as ordinary citizens. By now they think it is their right and it is correct because still the respective parties that were in and now in Opposition promote this ill practice by making various promises to the people if they come to power in future elections.

As a result of the failure of various types of social welfare schemes implemented in Sri Lanka from 1948 to 2020, today the current Government is forced to look after a large number of families by offering them money under various types programmes such as Samurdhi, Vedihiti Deemanawa (elders’ payment), various other payments for individuals with various illnesses such as CKDU etc. in the middle of this economic crisis.

But even a Grade Five child can see that this process will never end. People should be ready to learn a craft, practice it and earn a living without finding fault with the various Governments’ in power. Unfortunately, this enslaved mentality had been created in the minds of people since Independence and is still pursued by various politicians. This enslaved concept is very popular because people can do nothing and get money from the Government. But, it is very heartening to see the present President Ranil Wickremesinghe taking the very bold first step towards doing justice to the hard working people of the country who pay their taxes to sustain the group of people who are jobless and simply do nothing to earn a living.