Home  ⁄  Article  ⁄  The World at the Brink – by Noor Rahim
Mar 26, 2022 Posted by Canadaadmin In Article, Noor Rahim Tagged Nature, The World

The World at the Brink – by Noor Rahim 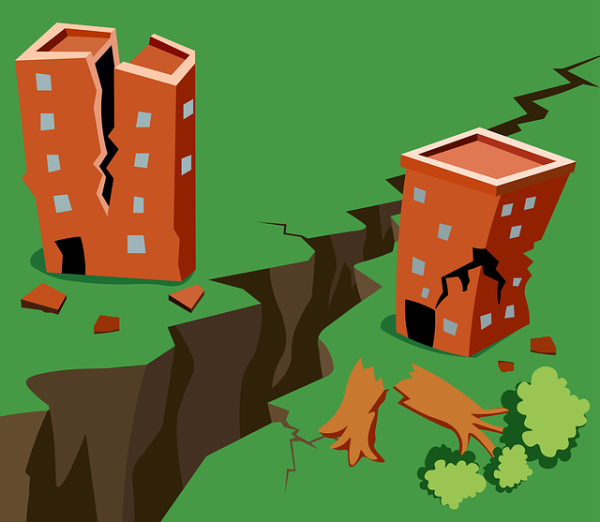 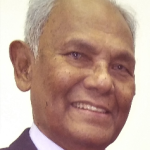 As one looks around the World; one, no doubt, cannot but avoid seeing the Natural catastrophes that abound the World today, in continuance and without any let – Be it Natural or Man-Made (induced or attributed). Sure makes for headline news and sensational visual and television news doesn’t it?  Yet how much attention do we give such news of tragedies; except, perhaps, to shrug our shoulders with an emphatic/empathetic expression of – “Poor folks”. Doesn’t it remind one of the extremely old saying which has been bantered about since the very early 1940s – “Mankind will kill Nature and Nature will kill Mankind”. Yet all we do is sweep these catastrophes under the carpet with another shrug and lament – “Que Sera Sera or What will be will be”; or further utter – “Thank God it is has not happened to us”. Yes! Selfishness has been the bane of humanity. How much are we responsible for such tragic happenings? This does bring into one’s mind the saying from the prayers of a Great Faith – “Do not do unto others; that you wouldn’t want others to do unto you”. But this is Spirituality and when you look around you; do you see this wonderful prayer being enacted or have you followed this Noble aspect of a Great Faith. No doubt the other Faiths too express these very same aspects in their own interpretation of the same concept. Well the decline of Spirituality too is a burning question in the equation of catastrophes; including Morality, that appears to be declining and plaguing/ravaging humanity in the World today.

No doubt one has heard of Sir Isaac Newton’s Law of Motion. Especially the Law on – “Every action has an equal and opposite reaction”. Just think of how this applies to you. How often have you indulged in an action that is detrimental to environment, man and/or beast. What you will dismiss as trivial and think – “Heck! It will make no difference”; and come what may, your action will contribute towards detriment and destruction, on the long run. Imagine if everyone thought the same way? Surely it will collectively bring in destruction in its wake. As the saying goes – “It’s the tiny drops of water that make a mighty ocean”.

The human race is known to do their “dumping” of garbage and other undesirable “flotsam and jetsam” wherever and whenever it is most convenient to them. These end up invariably in lands fill sites; which end up as an environmental & health hazard, in addition to killing birds and other animal lives that imbibe and prey on these sites. Furthermore there are materials that are of a corrosive and poisonous nature and some that are not compostable – adding to the ecological debacle of the areas in which they have been dumped. It is also a known fact that some of these end up in the waterways and oceans that affects the living creatures dwelling in these abodes. In other words we are all guilty of “killing” the Good Earth which is our life blood of existence. These are some of our life style traits that we require to change if Mother Earth is be preserved for our generations to come.

Which brings to mind a story I read some 60 years ago. A little military outpost was based near a small village. The members were all invited to the village annual festival; and the requirement was for the attendees to bring along a bottle of wine – which was filled into a large cask (barrel) at the centre of the village. When all guests arrived the cask was opened for all attendees to partake of the wine. Weren’t they all surprise when they filled their glasses and mugs there was nothing but water in the flask. It appeared that everyone thought the other would bring the wine and so thought a bottle of water will go unnoticed. The moral of the story is that don’t depend on others to do what you are supposed to do. So be kind and conscientious and do right by our Mother Earth. Stop the pollution and think of the future – yours and that of the future generations to come.

This is all and good for us as individuals and children of the earth. But we come to some of the bigger fishes that do and keep carrying on doing irreversible damage to the ecology of the land in myriad ways – be it mining for oil, coal, minerals or valuable metals or even de-forestation. Unfortunately they are the Corporate and Governmental sectors that do so; for what they call economic development and fiscal/capital gains for themselves and that of the inhabitants of land and that of foreign lands; where they have vested interests. They even go a bit further in such exploitations outside their realm and pounce on the under-developed countries with benefits for their own domestic needs. A virtual rape of their natural resources mainly for their personal gain or is it greed? A policy of Cut; Dig; Burn and Move-On is what appears to be the order in such ventures. Who profits from these exploitation of these foreign lands is of course another story.

Results of such doings are now seen by us human beings in feeling the catastrophic changes in weather patterns; the increase in number of calamities be it earthquakes, volcano eruptions, rampant sinkholes, tsunamis, floods; and extremely strong gales/winds

One area of pollution – that of air pollution created especially by high flying jets appears to be lost in their after-burners. These jets emit over 1000 degrees of heat as they fly in and around the Stratosphere of the Earth. Areas that abound these heights and is Nature’s way of preventing injurious ultra-violet rays of the Sun from effecting the Earth and its inhabitants. We often hear of; and now is commonly big news, that the ice cap at the Poles are melting; and perhaps this is causing the shift in the weather pattern. One of the commonly heard attributes is that there are “holes” in the ozone layer. I keep wondering if the thousands of daily flights that are criss-crossing over the Poles, day in and day out, night & day; have anything to do with this phenomena. I would leave this to the better judgement of the learned reader. All in all a question I would raise is – Have you ever heard of this aspect of Air Pollution in the media or otherwise? Of course you have heard of the once in two year requirements for your motor vehicle emission tests – no doubt.

Well! Dear Readers in all this “gloom & doom” situations all one can say is let’s do our part (individually & collectively) in doing whatever is possible in preserving our ecology and our Mother Earth for ourselves and for our future generations.