The Queen Of The Keyboard Winifred Atwell – by Patrick Ranasinghe 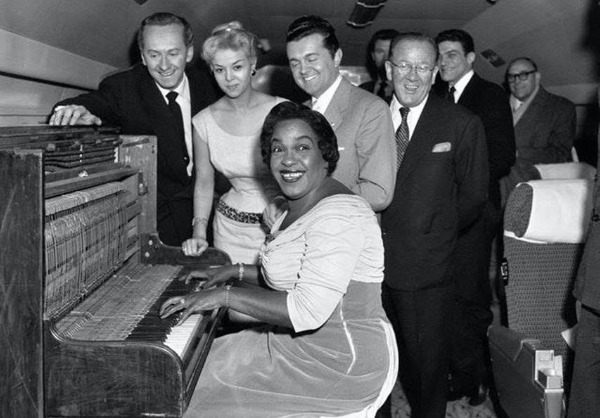 The Queen Of The Keyboard Winifred Atwell

Born in Trinidad Winifred Atwell learnt the Boogie Woogie  piano style from US servicemen during the war. One of her 1950s Black and White Rag became the theme tune for snooker programme Pot Black. left Trinidad in the early 1940s and travelled to the United States to study with Alexander Borovsky and, in 1946, moved to London, where she gained entrance to the  Royal Academy of Music. To support her education, she played rags at London clubs and theaters. She later said, “I starved in a garret to get onto concert stages.” Her stand up piano bought for L 2.50 in a junk shop toured with her around the world. Winifred Atwell died in Australia in 1983.