Home  ⁄  Article  ⁄  The parable of the kettle and the flame-by Susantha Hewa
Jul 23, 2022 Posted by Canadaadmin In Article Tagged Susantha Hewa

The parable of the kettle and the flame-by Susantha Hewa 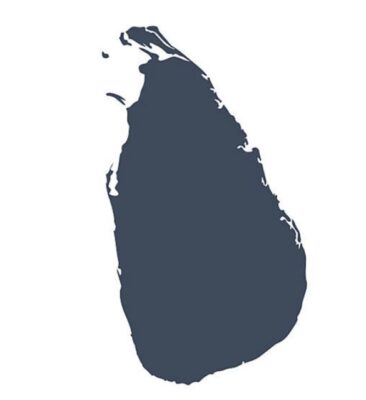 It is true that it is only by holding an election that you can test whether the voters are still happy with a government they elected a couple of years ago. However, it is facetious and, even grossly dishonest to claim that the voters are still with the government simply because holding an election now is out of the question. The unavailability of a thermometer does not justify the claim that a few bubbles forming in the kettle mean nothing. Of course, you may say that the rising bubbles are ‘unruly’, but they are a sign of the entire body of water getting hot and you may know it if you put your hand in it. The bubbles of discontent will increase and continue to surface until you remove the flame from beneath the kettle. You are not going to help the water to cool by replacing one flame with another!

If unrest in society can be continuously measured as you do in a lab, we may get rid of many of our social problems without allowing them to engulf the whole society. Unfortunately, it is impossible for parliamentary democracy as it is practiced today with the full endorsement of the politicians, to provide for such continuous gauging of social tensions. If our elections, conducted every five years, or so, are any indication, they have not adequately removed the sources of discontent in people. At their best they have only helped remove one flame to replace it with another one; 74 years of our election history has little to contradict it.

Whatever institution, or tradition, when it gets consolidated due to nothing more impressive than its mere longevity, absorbs other traditions to justify its continuity. For example, parliamentary democracy has thrived by assimilating other, more or less, formal and ceremonious entities which entertain the masses and feed their faith in it, although it has left much to be desired in terms of addressing people’s problems. The whole lot of popular entertainment and titillation provided by five yearly elections, starting from canvassing, pocket meetings, sloganeering, media shows, bantering, handouts, issuing of ‘manifestos’, election day amusements, etc., to more ‘solemn’ proceedings like swearing in ceremonies and imperious religious and parliamentary rituals have established a hoary system, which has brought little material benefits to the masses. The results are there everybody who wants to see.

The countless examples of corruption, deception, impunity or occasional resorting to repression, thuggery or abuse of state machinery are exorcised at every election by employing every trick of the trade. The supreme power of the people is exercised by a five-yearly vote after which the elected party merrily goes back on their promises to the people, and starts ‘business’ as usual. All their cronies are well looked after while the masses are given cast-iron excuses why the promises cannot be kept. The trick is to isolate the disgruntled among the masses and brand them as rabble-rousers. Any repression is justified by naming all those who are pliant as “society”- a very convenient and slippery label used to demonize the defiant by showing them in sharp relief. You are included in “society” until you refuse to be credulous.

It is clear that this system has to be improved by making whatever pro-people changes, however small they may be, if democracy is to serve its purpose. Anything which refuses to respond to the changes around is sure to become irrelevant and even degenerating. For one thing, it is quite natural to be smug about the status quo. For another, it is likely that the beneficiaries of any discriminatory mechanism try their best to safeguard it, no matter however much any change may benefit the vast majority.

The most reasonable and acceptable way of making the system more democratic is to increase the space available for people to participate in decision making. Alternatively, the citizens must have the right to recall. Helplessly tolerating the impunity of the lawmakers for successive five-year periods has only proved counterproductive as far as the voters are concerned, although the former has no reason to be unhappy with such consensual passivity of the latter. It is the society- the vast majorities at the receiving end- that has to push for changes. The present mayhem among self-absorbed politicians to bolster their own power cannot overemphasize the need for people’s collective action, which has to be peaceful but assertive.