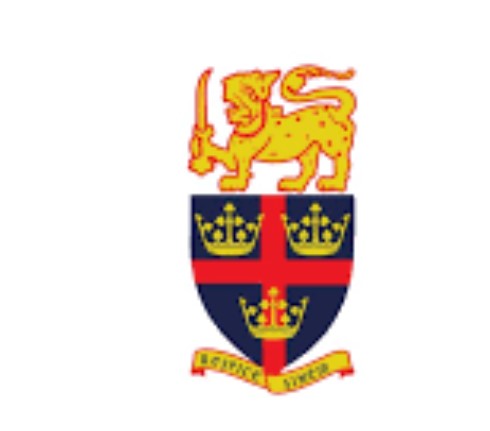 Writing about the early years of the Melbourne TCK OBA takes me back to a gathering in 1975 to bid farewell to former principal Mr. Norman Walter. He was about to return to England after spending a few months in Melbourne with his son Martin, himself a former Trinitian. While he was here he did some teaching at Melbourne Grammar School. This was our very first gathering of Trinitians, their wives and partners, and I was amazed to find that there were so many Trinitians in Melbourne. I was particularly delighted to meet “legends” such as Mr. Hilary Abeyaratne, Mr. Harry Geddes, Mr. Philip Buultjens and Dr. Percy de Zilwa. May I also acknowledge that over the years the wives and partners of Trinitians were invaluable and indispensable to our organisation and made an immense contribution to our O.B.A.

My lasting memory of that day was the speech made by Mr.Norman Walter who urged us in the strongest terms to make sure that we continued to meet together as Trinitians. Harry, Hilary, Philip and Percy decided immediately to arrange a meeting to be held the following year to coincide with the Trinity prize-giving. And so, on the second Friday of the second month in 1976, we had our very first Melbourne TCK OBA reunion.  It was held at the home of Mr. and Mrs. Abeyaratne in Frankston at the same time that the prize-giving was taking place at Trinity and warm messages were exchanged between us and the principal of Trinity, Mr. Lionel Fernando. It was a wonderful occasion which included an enthusiastic rendition of the school song.  It has been my privilege to play the school song at every reunion.

The central figure in the formation of the Melbourne TCK OBA was Mr. Harry Geddes.  May I quote from the family eulogy which was read at his funeral in August 2002:

“Harry’s greatest love, aside from his family, was TCK. In 1976 he helped  establish the TCK Family Foundation (TCKFF).  Having defined the concept he worked on the principles on which an organisation to benefit TCK should be based. He then produced a memorandum setting out the aims, the reasons for a foundation and the management that could run it. The Valesca Reimann Scholarship has benefited more than twenty boys at Trinity to date, not to mention the success of the Student Exchange Scheme between TCK and Wesley College, Melbourne. Harry left his stamp on the TCK Family Foundation which reaches out to members of the Trinity family around the world and seeks to keep alive the memories Trinitians share of those ‘great days and jolly days at the best school of all.’”

The Melbourne TCK OBA was founded in 1978.  Its aim was “to maintain the camaraderie formed at Trinity and forge new friendships among fellow Trinitians.To assist Trinitians in need living In Victoria. To maintain the image of Trinity and uphold with pride the lessons learnt. Above all, to honour yet the school we knew, the best school of all.” At all times I recall that Harry insisted that we support the school but must never interfere with it. The Melbourne TCK OBA is not only the longest serving overseas TCK OBA but also the first overseas OBA of any school in Sri Lanka.

In the early years we had many activities such as raising funds for the TCK farm and swimming pool, holding an annual Trinity dinner-dance, a Trinity-Anthonian cricket match, a Trinity-Wesley golf tournament and later a Trinity carol service. However, by far the most important were the Valesca Reimann Scholarship and the Student Exchange Scheme.

A project of the utmost significance was the introduction of the Valesca Reimann Scholarship. To quote Mr. Hilary Abeyaratne:

“The Valesca Reimann Scholarship was introduced in 1980 by that most actively enthusiastic old boy Mr. Harry Geddes.The first scholarship was awarded during the principalship of Rev. Dr. W.G.Wickramasingha in 1981.The scholarship was given the name to honour an extraordinary and much-loved teacher who came to Trinity from Adelaide and this accounts for the choice here in Australia. Old boys in Australia accepted the challenge of providing a generous scholarship scheme that would provide, for at least a handful of those who could not afford it, all the benefits that they themselves had had by attending Trinity.The trustees consider the scholarship to be a worthwhile initiative not only to benefit young Sri Lankans but also to enrich the school by their presence.

The finances for the scholarship were handled through the ‘Dust to dust Fund of the Trinity College Family Foundation.’ These names emanated from the fertile imagination of Harry.  It was, however, Arjuna Dharmakirti who carried out the arduous task of managing the finances for several years. Among the many students who have benefited from the scholarship was the grandson of Marthelis, the revered groundsman at Asgiriya.”

In 1984 Russell Geddes came up with the idea of starting a Student Exchange Scheme.  He invited me to join him, his father Harry, brother Rodney, Dr.Percy De Zilwa and Mr. Hilary Abeyaratne to put the proposition to the Principal of Wesley College, Mr. David Prest. Russell’s eloquent case and Mr.Abeyaratne’s brilliant speech on the history of TCK prompted Mr. Prest to immediately send one of his teachers, Dr. John Hood, to visit Trinity. Dr.Hood’s very favourable report on his return convinced Mr. Prest to start the scheme.

The Student Exchange Scheme took place between 1985 and 1988. During those years each of four boys from Trinity, Gehan Rajapakse, Nilantha Ratnayake, Ralph Muthaya and Megawarna Abeywickrama spent a year at Wesley. Richard Delacy, Paul Robinson, Matthew Meath and Kurt Opray from Wesley, likewise spent a year at Trinity.The co-ordinator of the scheme at Wesley was Dr. John Hood and the enormous success of the scheme is best described by the participants themselves.

Dr. Hood states, “My impression of the four Trinity boys was extremely positive, without exception. Gehan was sage and slightly reserved but always with a twinkle in his eye. Nilantha was ebullient and energetic, yet underneath this outward energy ran a deep sense of purpose, an unshakeable resolve.  He won the highest sporting award at Wesley – triple colours, in his case cricket, hockey and athletics. Abey’s light was almost under a bushel, although I found him very friendly and genial. He had all the qualities you don’t associate with the armed services – gentleness, ready kindness, genuine humanity and the like, – and ironically he joined the Air Force after his return to Sri Lanka. Tragically that spelled his end. It’s hard to talk about Ralph in the same way as the other three for he stayed on here, made a home and career and is raising a family. Nevertheless, it is quite relevant to say that it is not for nothing that he is one of the most popular young men I have ever known.”

Dr. Hood also gives us his assessment of the first Wesley boy, Richard Delacy, who spent 1985 in the Trinity Boarding. He states, “In short, I think Richard’s twelve months in Sri Lanka awoke in him something that would respond passionately in time to the whole subcontinental cultural experience. On his return to Melbourne he studied Year 12 Asian History and went on to the University of Melbourne and did a major in Indian Studies including a major in Hindi. He is still at Harvard University teaching Hindi, a position he took up many years ago.”

Richard himself writes,“Spending 1985 in Sri Lanka was an incredible experience I shall always remember. Very few people are given the opportunity to totally experience such a country and I regard this as an invaluable part of my growth as a person. Initially it was extremely difficult for me but thanks to many friends and masters at Trinity and especially the TCK Old Boys’ Association who always put themselves out for me, I was able to overcome my anxieties.  The unique philosophies associated with Sri Lankan Buddhism have made a lasting impression on my way of thinking. The incredible experience of boarding at Trinity College was an opportunity I shall treasure for my remaining years. You have not lived until you have been through the TCK boarding school.  Would I go back?  I’d go tomorrow because I have so much more to learn.”

A snippet from Wesley informed us that “the 1986 student from Wesley is Paul Robinson who is already making his mark at Trinity where he is teaching swimming and playing rugger. Wesley’s visitor to Year 11 is Nilantha Ratnayake, an athlete, fast bowler and hockey player.”

We also gathered that pioneer Gehan Rajapakse was an excellent batsman and wicket-keeper who represented the Wesley First Eleven at cricket. We were deeply saddened to hear the tragic story of Megawarna Abeywickrama, the final student who, on returning to Trinity in 1989, represented the First XV rugger team and won his colours. He also led the College Cadet Platoon. He joined the Sri Lanka Air Force as a pilot and in 1995 he was killed when his plane was shot down. He was ranked as a Flight Lieutenant in the Sri Lanka Air Force.

Nilantha Ratnayake reflects, “Looking back, I truly appreciate the amazing love, care and friendship I received throughout my stay at Wesley. My teachers and coaches were true role models and had a massive impact on me and my outlook on life after Wesley. I learned a great deal beyond academic matters and sport and realised how valuable and insightful those interactions were when I was at university.”

Ralph Muthaya was the captain of the Trinity Under 17 rugger team before arriving at Wesley in 1987. He enjoyed learning to play Australian Rules Football and was awarded colours for singing and drama. In Ralph’s words, “ I couldn’t have come to a finer institution than Wesley College, Melbourne. Wesley has become a part of me.  I have chosen to learn the true Australian game – footy. I was overjoyed to be part of the School Musical and the Senior School Play and have enjoyed my singing too. I say a very big ‘thank you’ to Mr. Prest, Mr. Conabere and Mr. John Hood and the staff for all their assistance in making this wonderful Exchange Programme possible.”

I vividly recall the joy of meeting the ‘Wesley Trinitians’ at our Melbourne reunions.  Proudly wearing their Trinity ties they delighted us with their profound and humorous stories of life in the Trinity boarding. It was clear that it had been to them a life-changing experience.

No praise can be too high for the Old Boys of 1976 who started the Melbourne TCK OBA. We are today a thriving organisation with a large membership which continues to strive to ‘honour yet the school we knew, the best school of all’.