Home  ⁄  Article  ⁄  ‘The’: Its standing in the English language-by K. A. I. KALYANARATNE
Jul 2, 2021 Posted by Canadaadmin In Article Tagged articles’ in English, English language, Languages

‘The’: Its standing in the English language

by K. A. I. KALYANARATNE 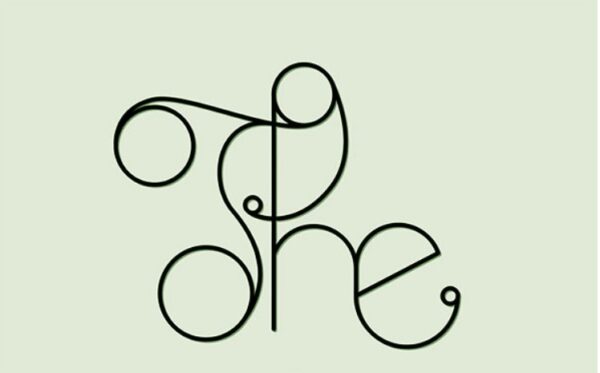 Taken as a common entity ‘language’, both in its spoken and written form, is the most ingenious instrument the human fraternity has invented thus far. The relevance of this statement becomes pretty obvious if we ponder on how we would be sans the language(s), the main communication-instrument we use to express our thoughts and ideas as well as passing of information. Fortunately, therefore, languages have saved us from being reduced to a ‘dumb’ community.

The second basic feature I wish to bring about is that every language is unique as each contains a set of guidelines and usages based on the sentiments, thinking patterns and acceptances of each community. Having adopted and made use of them for long periods, they have now been accepted as providing the structure for each language. Structure brings about order and clarity to what you say and write (more importantly in writing). This framework could be described as a set of tools and traditions than a set of rules. They, in fact, bring order and discipline to a language. Any looseness of language will result in a gap being created between the speaker/writer and the listener/reader.

What are ‘articles’ in English

In English almost every word is classified into its kind, and these kinds of words are referred to as “parts of speech”, which are eight in number. One of these kinds are the adjectives whose function is to qualify nouns. In grammar article is any one of the three words a, an and the. Nevertheless, many a book of English grammar treats these articles separately mainly due to the vital role they play to determine the level of recognition of the particular noun with which it is linked. A simple example is that ‘an elephant’ or ‘a man’ would differ in emphasis from ‘the elephant’ or ‘the man’. In this context these articles are also referred to as determiners. A and an are termed as indefinite article because they describe nouns in general, while ‘the’ restricts the meaning of a noun to make it more specific.

The Presence/Absence of the Definite Article ‘The’ in Other Languages

Against the backdrop of English, having only one definite article ‘the’, in Spanish one needs to choose from among four definite article, namely, el, la, los and las. Further, in Spanish all nouns, including inanimate things, belong either to masculine or feminine gender. There is no neuter gender. As the nouns of the two genders are further divided into singular and plural one needs to choose both the gender and the number (i.e., singular or plural) in applying the appropriate article out of these four articles.

In the French language definite articles (referred to as articles définis) are le in the masculine singular, la in the feminine singular, l’ for singular nouns that start with a vowel, and les in the plural nouns belonging to both genders. Similar to Spanish there are four different definite articles in German, depending on the gender and number of the noun.

However, language like Sinhala, Tamil and Russian do not have definite or indefinite articles. In these languages definiteness of the noun is denoted by the use of a ‘determiner’ like this, that, those, or these. Or else specialty is indicated by the way an incident is narrated/described.

For example, Cumaratunga Munidasa while narrating the “The Elephantine Disaster” (Ali Uvadura) in the Kiyavana Nuvana, 6th reader, thus describes the background to the said disaster.

When rendered into English it would read as “the paddy field I intended to approach got distanced from my mind. The twig of leaves went into my mouth and not to my mind.” Herein, the roles of ‘the’ are performed by the clarity and vividness of the writer’s narration.

‘THE’ is the Commonest Word in English

Now that ‘the’ has been used for long years in English as a determinant to specify nouns, it is as an indispensable component in its phraseology. We will, therefore, explore the specifics of the subject proper, that is, the use, misuse and non-use of THE in the English language. Many a person errs in its use due either to ignorance, negligence and/or carelessness, little knowing that THE is a determinant that can twist, turn and confuse what is being conveyed. Professor of Modern English Language at the University of Birmingham, and who pioneered work in corpus linguistics, discourse analysis, lexicography, and language teaching, says that “the English word ‘the’ is by far the commonest word in English”. It has been found that out of the total number of words in any English write-up at least 7 per cent will have the article ‘The’. More often, the number exceeds the 7 per cent limit.

Most Words are Communicated by Their Co-textual Items

Prof. John Sinclair further sounds another important note on the behaviour of words in sentences when he states that “While it is often thought that words convey meaning, there are many words whose distinct senses are actually communicated by their co-textual items. Since nearby lexical items have a significant semantic influence on each other, units of meaning are not determined by single words, but instead by phrases (Sinclair, 2008; Stubbs, 2009). Herein the definite article THE stands tall as it concretizes the specificity of the meaning a sentence wishes to convey.

Further, apart from THE being one of the important grammatical words of the English language, on its own it does not have any absolute/real meaning. But it strongly sends signals about other words. The words it sends signals about are always nouns. In that sense English is considered more as a materialistic language. The word the is used to help us talk about things (nouns), rather than events. The is used as a signal meaning that the speaker/writer wants the listener/reader to understand whether the thing being spoken of is shared (old) information, or new information, worthy of note. What is said above could be exemplified by these two sentences:

The boy was walking down the main street of the town.

A boy was walking down a main street of a town.

– An Instance of Deviating from being Specific to General

The general understanding is that while A and AN, referred to as indefinite articles, describe nouns in general, THE restricts the meaning of a noun to make it more specific or definite, thus treating it as the definite article. However, little is known of instances where when speaking of very general terms THE can be used instead of A or An to make a noun less specific. This is one such instances;

“There was a tiger in my garden. The tiger is a ferocious animal.” Although ‘The tiger’ has been used, it doesn’t refer to a particular animal.

A further function of THE is to articulate expressions and make the language more fascinating. Few examples are:

The more the merrier;

The more the better;

Professor Dr. Siromi Fernando, former head of the Department of English, University of Colombo, has made the following revelations of a study undertaken on the use of the definite article ‘the’ in academic essays of twenty-one undergraduates following English as a subject, i.e., persons of a relatively high level of English proficiency. 14 per cent of the undergraduates in the study had no problems with the use of ‘the’ in academic writing. They had good proficiency in Sri Lankan English. The other 86 per cent made 283 errors, although these were much smaller in proportion to instances of correct use, both of definite and indefinite articles. The English of the other 86 per cent ranged from good proficiency, to moderate or lesser levels of good proficiency. The errors found were of two main types, the omission of the definite article, and the incorrect addition of the definite article. The omission is, by far, the more recurrent, totaling about 51 per cent of all errors. However a considerable proportion of errors in incorrect addition, about 22 per cent was also found. It was further found that about 50 per cent of errors were limited to five of the undergraduates, although the other 50 per cent was distributed among the other13 who made errors. The study demonstrated that ignorance of rules pertaining to the use of ‘the’ and lack of correction of written work, or correction without explanation of reasons for errors, contributed to problems regarding the use of ‘the’ in this study.

The Omission and Misuse of THE

Such being the versatility of THE in the English language it is sad that a majority of our present-day writers do not pay due attention to this word in their compositions. I consider this lapse as a blind-spot, in the sense that they seem to be oblivious to its value and importance.

Revelations made in the study referred to above is a clear indication that up to the level of the university no concerted effort had been made, especially by teachers, to rectify language deficiencies of their students.

Over and above teaching and teaching methodologies, many newspapers and periodicals are also responsible for the deterioration of the status of language. J. E. Metcalfe in his ‘The Right Way to Improve Your ENGLISH’ (Elliot publications, 1958) says in the item on ‘Articles’ that

I shall conclude my notes on articles by drawing attention to a vulgar practice of the less responsible newspapers and periodicals. This is the inexcusable omission of the definite article the at the beginning of a sentence, clause or phrase, and I pray you not to be misled by this custom into thinking it is good English.”

If anyone has not gathered the nuances and fineness of a language a sure way to improve is to indulge in wide and wise reading, and not blind and superficial reading. Ignoring a tool of a language proved as indispensable, for clarity of meaning, is nothing short of sheer ignorance.

“We die. That may be the meaning of life.

But we do language.

That may be the measure of our lives.”