The future of agriculture in Sri Lanka 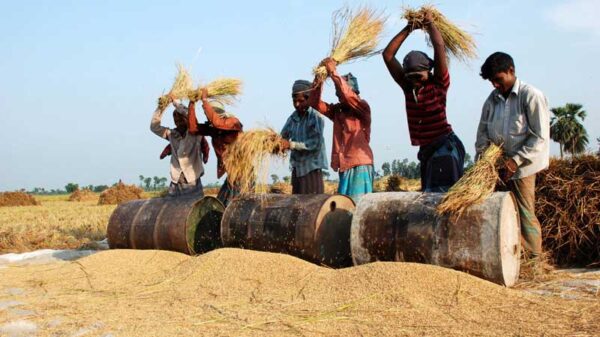 During the past 30 years no decision was made to implement organic farming in Sri Lanka and now this valuable and historic decision has been made by the Government. 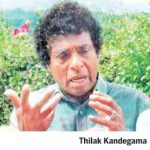 “No previous Government understood what I said about the need to bring back ancient Sri Lankan agriculture and promote organic farming. Therefore, I myself created organic farms of 150 acres and showed them that it can be done here in Sri Lanka. Sri Lankans should bow down before the Veddah (Adiwasi) community and not before white skinned foreigners. The Veddah community has all the knowledge required for organic farming,” prominent Entrepreneur, Agricultural Instructor and Environmentalist Thilak Kandegama said. 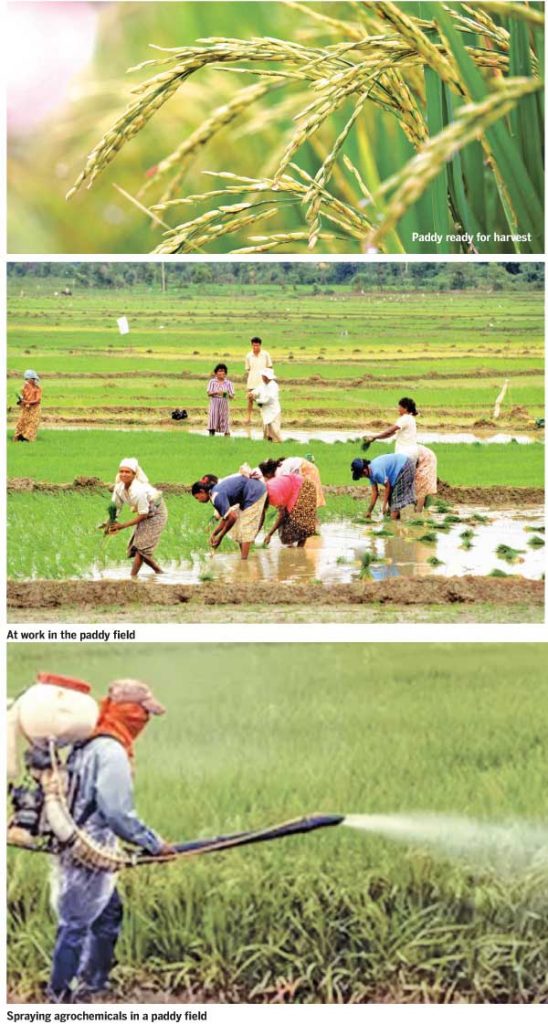 According to Kandegama, those who do not know and are not willing to engage in organic farming should not discourage the people who are willing to learn and willing to engage in it. The upper part of the paddy plant gets a yellowish colour due to winds and some individuals who want to promote agrochemicals interpret this as a sign of lack of fertilizer which is an utter lie. It is just another natural condition.

Kandegama was expressing these views during a programme aired by Sri Lanka Rupavahini Corporation (SLRC) on Saturday morning.

“In order to get the entire agricultural production, the colonialists introduced chemical fertilizers while totally eradicating and killing the traditional natural organic farming that had existed in Sri Lanka since ancient times. They robbed all our local traditional seeds and gave us artificial seeds that only react to chemical fertilizers. They misled the Sri Lankan Governments and cheated them with the concept ‘Allak Vapura Mallak Getagamu’ (Let us cultivate an area the size of a palm and reap a harvest the size of a gunny bag),” Kandegama said.

Before colonialists destroy traditional organic farming systems in our country, all Sri Lankans cultivated their lands according to a timetable. According to a book authored by Prof. Alawathugoda Premadasa, during two months of the year, two samples of soil taken from Hantana and Gathaana were the same. These two locations are from two ends of the country. This happens when Sri Lanka experiences both rain and sunlight at the same time. During these two months, all micro-organisms become active in Sri Lanka. Organic fertilizer is created in soil naturally during the first rain experienced just after the dry season. This natural pattern was totally messed up and turned upside down by introducing chemical fertilizers, he said.

The upper part of the paddy plant becomes yellowish due to winds and not due to lack of fertilizer. This is a totally natural phenomenon.

A total of 78 percent of nitrogen is contained in air. Nitrogen comes to earth via lightning. Two weeks should be given for the micro-organisms to work. The dam should be constructed and after that organic fertilizers should be introduced to the paddy land. Hay should be thrown into paddy lands only after letting them decay for several months and not soon after harvesting. Everything organic disposed of from the homes can be thrown to the paddy field.

Astrology needs to be used in order to protect the harvest from animals (not insects). For instance, chili can be protected from peacocks by using astrology.

According to Kandegama, only less than five kilos of ash is required for one acre of paddy land to protect it from insects. Ash should be released to the air before 7.00 am in the morning. Then the ash falls on the paddy as a thin layer. No insects can harm the paddy field after this treatment. No life should be destroyed for organic farming. It is the basis of organic farming.

All Sri Lankan farmers can get all required information on organic farming by reading the book, Kal Yal Balaa Govithen Kireema (Cultivating in the right time / Cultivating according to right season) authored by the prominent Entrepreneur, Agricultural Instructor and Environmentalist Thilak Kandegama.

Pesticides have been reported to cause several adverse health effects which depend on the extent and duration of exposure. Health effects of pesticides range from mild allergies, rashes, breathing difficulties, neurotoxicity and reproductive abnormalities to diseases like cancer.

After countless studies, it has been proved that pesticides have been linked to cancer, Alzheimer’s Disease, ADHD, and even birth defects. Pesticides also have the potential to harm the central nervous system, the reproductive system, and the endocrine system.

Pesticides contaminate soil, water, turf, and other vegetation. In addition to killing insects or weeds, pesticides are toxic to a host of other organisms including birds, fish, beneficial insects, and non-target plants.

Sri Lanka has banned the import and use of fertilizer, insecticide and weedicide with the intention of promoting organic fertilizer. This is a major decision taken by President Gotabaya Rajapaksa and the Government for the betterment of the country. The ban on the import of chemical fertilizer, pesticides and weedicides was declared under the Imports and Exports (Control) Act No. 1 of 1969, to Parliament.

Sri Lanka spends about US$ 500 million annually to import chemical fertilizers, which can be used for other welfare and development purposes. The excessive usage of chemical fertilizer, weedicides and pesticides has badly affected people and the environment. Considering these well-established facts the Government has taken this bold decision to ban agrochemicals and encourage organic, sustainable farming.

She said Sri Lanka will become a unique country in the world, if she sticks to this policy. 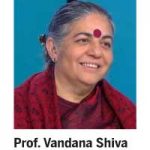 “This decision will definitely help farmers become prosperous. The use of organic fertilizer will help provide agri-products rich with nutrients while retaining the fertility of the land.”

She was addressing a virtual summit on organic farming for a prosperous economy organized by the Plantation Institute of Sri Lanka recently.

She said that there is a misconception that farmers have resorted to chemical fertilizer expecting a bumper harvest in return. Prof. Shiva said that quantity alone is not a proper yardstick to determine the success of a cultivation. “We have to take the quality and nutrient quantities of such crops also into consideration,” she said.

She was of the view that when biodiversity of the eco-system improves, the harvest will also improve and crops will be resistant to weeds and various diseases. It is a long-term, sustainable process that will lead to a healthier nation, she noted.