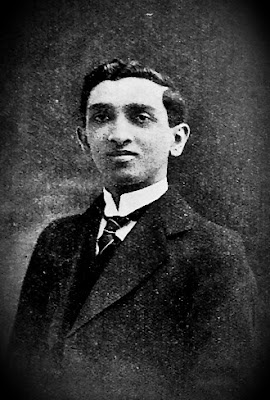 Small by area, large in diversity and history is the country, Sri Lanka. We, since earliest recorded history, experienced the arrival of nations, either friendly or to dominate, from the east and the west. Some left, some stayed. Those who remained became us. We strived to accept this diversity. Yet, those in power tried to exploit us, by dividing and ruling. Beautiful is it to see people from all walks of life, irrespective of class, caste, creed and race working together and of course studying. Catholicism found its way in Sri Lanka with the Portuguese. The Dutch oppressed Catholics and the British gave back our freedom to practice. European missionaries came to the country again and the need to instigate Catholic schools became imminent. Divided by race and united by faith, Christian laymen together with ecclesiastical support established schools like St. Joseph’s College. Thus, though under the banner of the ‘Catholic Church’, the boys were not exclusively Catholic and doors were open to boys of other faiths. What really mattered was how to instil the fruits of virtue and of knowledge?

At the turn of the 20th century, St. Joseph’s College was able boast having a brilliant student under its portals. He, who was both an academic and excellent sportsman was loved by his teachers and classmates alike. This young man was Colendra Marikar Muhammed Zubair. Born in 1892, Zubair was the third son of Mr. and Mrs. A.L. Colendra Marikar of Dematagoda. His family was blessed to have four other sons apart from him. Two of them went on to become successful businessmen, one a proctor and the other a shroff at Colombo Apothecaries Ltd. Also, the family had three daughters. I am not certain whether his brothers attended St. Joseph’s. Neither do I know when Zubair joined the school. However, ‘1905’ was a breakthrough year in his life.

The birth and rise of a cricket star

The College was nine years old and its cricket was in a primitive stage. Yet the character and passion shown for the game by the boys intertwined by their natural ability to play the ‘gentleman’s game’, paved the way for them to make some splendid victories. Zubair was a 13-year-old fledging youngster who found his place in the Josephian 1st XI cricket team. This team was going through the transition of captains from Peter Fernando of revered memory, who led an invincible team to Victor Mendis, a classy cricketer. This team though lacking experienced players, comprised of the highly talented Aloy and S. de Silva (Tiny), John Seneviratne, Patrick Moraes, Bobby Ohlmus etc. The Blue and White of 1905 states that “…out of the new acquisitions, Zubair is a most valuable bowler…”. During this time, Colleges organised their cricket teams in the form of clubs (i.e., SJC Cricket Club, Royal College Cricket Club etc). Apart from the few inter-collegiate matches they would play with well-established cricket clubs such as NCC, Bloomfield, SSC. Though losing some matches, SJC emerged victorious in most of these club matches. February 17, 1905, Zubair registered his rank as a star cricketer by an excellent bowling performance of 5 wickets for 12 runs against Bloomfield.

His bowling became the talk of the town when he played the match between the two best teams at that time. His 2nd innings of 4 for 18 helped SJC in securing a comfortable 8 wicket win, against Royal College. A week later his noteworthy contribution of 2 for 31 in a nail-biting match between Wesley College did not go in favour of the Josephians. On March 28, 1905, SJC played their first match against S. Thomas’ College. Zubair made his mark by a fantastic 3 for 23, helping SJC win by 8 wickets. Taking his exceptional performance that season into consideration, despite being a fresher he was picked as the 12th man for the Combined Colleges team. The others of that team were, H.W. Pieris, F. Fonseka and E. Ondaatje from Royal College, S. Speldwinde, L.H. Arndt, A. Sourjah from S. Thomas’ College, S. Gunasekera, C.A. Perera, W. Don Abraham from Wesley College and Bobby Ohlmus, L.S. Mendis and C.M.M. Zubair from St. Joseph’s College.

The next year, 1906 was not as successful as the previous year for both Zubair and his alma mater. However, P.L. Bartholomeusz of The Times of Ceylon noted that “There were three thoroughly reliable bowlers (for SJC), C. Horan, S. de Silva and C.M.M. Zubair. The trio presented the variety that is so useful in cricket…” (Ceylon Sports Annual). Though his accuracy to get wickets diminished over the next two seasons, his popularity as a dangerous bowler remained within the inter school circuit. On some occasions he would contribute with the bat, saving his team in risky moments of the game.

Despite being heavily involved in cricket practices and matches during 1905-07, Zubair did not forsake his goal to achieve excellence in studies. Under the baton of Fr. Charles Collin OMI, Zubair received a ‘first-rate’ education from clerical and lay professors (as they were called then), both local and foreign. Though this was prior to the Le Goc era, where proficiency in the sciences was at its peak, teachers such as Edward Hughes and John Pope gave him a solid foundation, which would deeply benefit his future. Thus, in 1907 when he sat for the Junior Cambridge Local (somewhat similar to today’s O/L), he did not just successfully pass the exam but secured an Island Rank of 78. His friend, C.H.Z. Fernando (future statesman and son of Crown Counsel C.M. Fernando) was 45th. With this feat and cricket on the backfoot, he studied passionately for the Cambridge Senior due in 1908. Thus, he was able to get through the Senior Exam with adequate proficiency to pursue. Zubair had a close friendship with his Rector, Fr. Charles Collin and they used to correspond even after Zubair left school. In one letter dated January 23, 1909, Fr. Collin writes as follows,

“My dear Zubair, I was very glad to hear from you again and especially to hear that you have passed your prelim. I am sure you will get on excellently at the Medical College. It is very wise to work up your science subjects before joining. That will give you a good start. I wish you every success and very many Happy New Years… Have you given up your cricket altogether? I don’t know what we are going to do this year, well I hope.”

At the University of Edinburgh

After a period of gestation and preparation at the Ceylon Medical College, on March 31 1912, Zubair left for Scotland to one of the most prestigious universities at the time; the University of Edinburgh. At that time young Ceylonese would go either to local medical college, the University of London or Edinburgh. Some of his Josephian friends who were with him in Edinburgh were George Walles, S. Solomon Silva and H. Don Lazarus. His Josephian friends whom he often met in London were William Karunaratne, James and Cyril de S. Wijeyeratne, all future doctors.  What was striking about Zubair in Edinburgh was that he was the 1st Ceylonese Muslim to enter a medical faculty in Western Medicine. The Ceylonese records on January 25, 1917, “He (Zubair) was the first member of the Moorish community in Ceylon to obtain British medical qualifications.”

His own alma mater in Darley Road would keep touch with his workings in Edinburgh, as it was a general practice by the school to check on their past pupils and record their great work in the annals of the school, so it may inspire students. The College magazine, Blue and White recorded Zubair’s laurels and achievements over the years as follows,

“C.M.M. Zubair passed the first professional of the faculty of medicine of the Edinburgh University. Being the first Mohomedan of Ceylon who has proceeded to England to study medicine, he will be, we are sure, one day an honour to his community”. (Blue and White, 1913, p. 88)

“C.M.M. Zubair of bowling fame, passed the II parts of the 2nd professional for the M.B. (Bachelor of Medicine) and Ch.B. (Bachelor of Surgery) with distinction early in the year and lately the III examination in Materia Medica.” (Blue and White, 1914, p. 85)

With all these laurels in exams, Zubair held the important post of Vice-President of the Ceylon Students’ Union in Edinburgh. Despite living a continent away, he kept in touch with his family, friends and his teachers at St. Joseph’s College. Though he attained the unique distinction of the ‘First Muslim Western qualified’, he was never able to serve his motherland.

With five years of hard work finally paying off, earning him the laurels he deserved, all was set for Zubair’s trip back to Ceylon. It was early January 1917, at some seaside area a few miles away from Edinburgh, that he first fell ill. Ignoring the seriousness of this ailment, Zubair soon realised he was in bad shape. Upon the pressing advice of his friend, a doctor was summoned to check on him. Initially Typhoid was suspected to be the cause and he was taken to the city hospital, where several doctors attended to him. Alas, he was diagnosed having Meningitis. Despite all effort to retrieve his health and having the best medical facilities at the time, young Zubair passed away on January 22, 1917. He was only 24 years old.

Zubair’s father received a cable from Zubair’s friend Guneratne stating the tragic news. Deeply saddened, shocked and disturbed he cabled back that his son be buried in Scotland according to their faith. It is beyond my imagination as to how this family must have felt over the loss of their son, who had such a promising future. Even not to be around his final rites must have been difficult. Though this story happened over 100 years ago, the legacy of Zubair, his courage and passion and most importantly this feat he achieved, ‘the first Muslim British qualified doctor’ must be remembered and celebrated, till the mountains disappear.

Senewiratne, A.M., Till the Mountains Disappear: The Story of St. Joseph’s College, 2020

Special thanks to Robert Crusz and Dr. Srilal Fernando