THE CHORISTERS PICNIC OF 1957 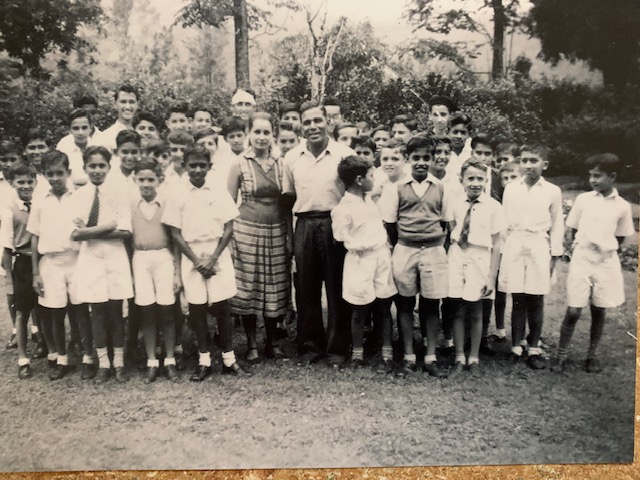 Here are the names of the Choristers in that memorable

photograph taken during the picnic of 1957. On the way to Norton Bridge our destination, we stopped at Dad & Mum’s on Carolina Group, for Breakfast.

Monty Holsinger OR Chris Duffv Tytler? Christopher Koelmeyer, David Forbes (In a Beret). In front of David is Anton Wijeratne.

SECOND ROW FROM THE BACK: David Berenger, Arlo Tyler,

Robin Koelmeyer, Christopher Pereira, In front of Chris Pereira is Patrick Berenger. Next to Patrick is Royston Hyde, next to Royston is David Pate and next to him is Michael Joseph, just behind Mum’s right shoulder. between Mum and Dad is Tony Maxworth. Next to Dad =?? then Errol Colomb, Ronnie Bolling.

Next to Ronnie is Bernard Van.(In black Jumper).

Behind Bernard ?? Leaning on Bernard’s left shoulder is Sheridan Orchard.

FRONT ROW: Gerard Taylor, Ralph Barthelot, Neil Wijeratne in Tie, immediately behind Neil is Anthony Ranasinghe. Next to Neil is Rodney Lobo (In a Jumper), then Angelo Perera (Hands folded in front) Mum & Dad. Looking away from the camera next to Dad is Ronnie Barber. Next to Ron is Patrick Smith in Jumper, Tony Hall in a Tie, and John Poulier.

A Question Mark ?? denotes that identification is not possible !