“THE CEYLON I KNEW” – by Des Kelly 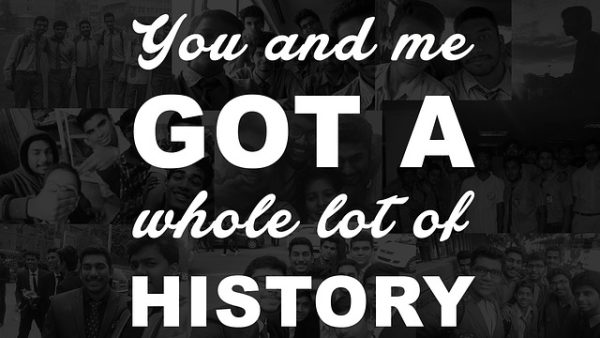 What better reading could there be ?. I am sure that each and every e’Lankan who, for various regrettable reasons, had to leave the CEYLON they knew, will have memories to cherish for the rest of their lives. Sure, there would be sad memories intermingled with the happy ones, perhaps parents and grand-parents as well as other close relatives they had to leave behind, for various reasons, will often come to mind, but then connection through memory is the only possible avenue of sharing that special love, even though far apart. As I have always said (and written), no amount of financial assets could even be compared with precious memories. Personally, the first 26 years of my life in Ceylon were so special, although I have more than doubled that life in Australia, thinking back to the good old days of practically living most weekends at the beach down Kinross Avenue, as a youngster, leaving St.Peter’s College while still a teenager, to tour parts of the Island with an Engish Circus Group, under contract to Donavan Andree’, then joining the Royal Ceylon Navy, and leaving the Force to migrate to Melbourne, the Ceylon I knew still stands out in my memory, one that will never fade until they carry me out in a box. Before that happens, I would like to thank Keith Bennett for sending out this nostalgic account of CEYLON.

The gram sellers at Galle Face Green sold their ‘kadala gottu’ topped with
‘isso wade’ for twenty-five cents .
The movie goers at Savoy cinema came out; Couples went to Aleric’s for ice
cream and families miserly budgeted for Chinese fried rice at Golden
Gate .
Gunawardena opened batting for the Tamil Union and Sunderalingam kept
wickets for the Sinhalese Sports Club .
This was once nostalgic Sri Lanka on easy street sans the raging war and
the terrible turmoil; ‘The way it used to be’ .
The ‘Yal Devi’ took the Madhu pilgrims and the ‘Ruhunu Kumari’ carried the
Kataragama clan. Marawila fishermen fished at Mullativu with the
monsoon change and Lever’s and Reckitt’s Sales Reps sold toothpaste in
Jaffna and drank ‘Tal Raa’ whilst bathing in the Keeramalai tank .
The Vel cart used to come down Wellawatte and the waiters worked double
time at the Sarasvati Lodge .
The differences were there from the North to the South, but who cared ?
Nobody killed anyone. There was a life, simple and in peace .
Bala Tampoe took the CMU out on strike every year and the Parliament
changed colours every five years with mythological promises . That was
acceptable .
The queues got long at the CWE to buy ‘Jumping Fish’ and the bread prices
leapt like high jumpers. Those were our big problems .
The smiles were there too, affordable to the all and sundry, beat shows and
big matches, sports meets and school carnivals, all within a ten-rupee
budget .
Fashion-wise, the pinnacle was the CR-Havies Match at Longdon Place; the
Suzettes and Claudettes were there, dazzling in mini skirts, making
their best attempts to get partnered to go to the Coconut Grove and jingo
and jive to the Jetliners .
Some made it to Akasa Kade too, to eat egg hoppers and hold hands and
become more naughty whilst pretending to be watching the ship lights at
the Colombo harbour .
There was peace; it was a long long time ago. That was before the Morris
Minor taxis changed their English alphabet number plates .
Then came the carnage. Who’s to blame? Don’t waste time, that’s kicking the
moon and corralling clouds .
We all know better. We are all to be blamed, some for cheering and others
for their silence. It has always been ‘our soldiers’ – but it is their war .
The guns are silent now and the talks go on and hope seeps slow like a
weed-clogged wave. If the Gods are kind, we’ll have peace. Let it lie there
.
North and East must be separate ‘Don’t give this’, ‘can’t have that’,
‘autonomy? what nonsense?’ Such passionate phrases bellow from
borrowed patriotism . ‘My son has to study’, ‘No no, not to join the Air
Force’, ‘Army? Are you mad?’ The same voices add the contradictions ‘We
must continue to fight at any cost’ .
Brave words, quite cheap too when rights and wrongs are just ‘whys’
sprouting out from empty opinions on even emptier forums .
Try telling all that to mothers who buried their sons or children who pray
for their missing fathers .
Voice it to a legless ‘Boy’ from Velvettiturai or a Sightless soldier from
Devundara. Or maybe to a lover who lights a candle for some forgotten
>- fighter buried under swollen earth, too poor even for a memorial.
What does it matter to which side they belonged ?
They paid the price, we didn’t. They shed the tears, we didn’t .
Let us then wish, nay, that’s not enough, let us pray, to all the gods in
creation for ‘The way it used to be’ to return ..