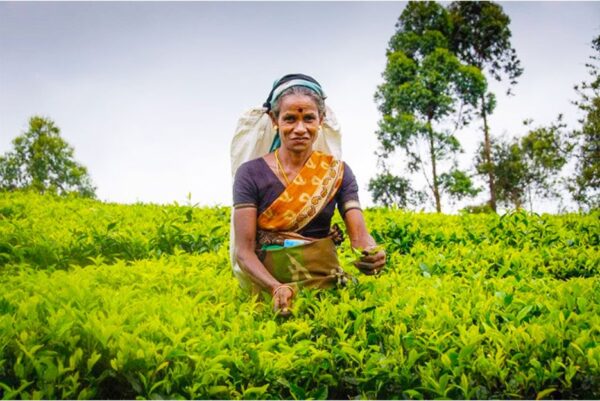 Tea brokers reports this week commenting on price trends said price decreases in the first 6 months of this year’s trading compared to YOY 2020, are clear indication that tea quality gravely affected auction prices. Although some 7 million kilos were traded this week, and the low grown catalog indicated some 3 million kilos auctioned, demand was not described as increasing which left some doubt as to future price stability.

Sources said the lack of NPK (Nitrogen Phosphorous Potassium) mixture, in fertilizing tea lands already seriously affected productivity. It was also of relevance that leading buyers were leaving Colombo in preference to other auction centers for their requirements of the beverage, another trend that could seriously affect tea sales.

Forbes and Walker in their market report said June average 2021 was Rs.586.51. Comparatively June 2020 was Rs. 612.67, indicating yoy drop of some Rs. 26.16. per kilo, which tea sources said was a serious down grade in prices. Brokers’ tea reports at hand, Asia Siyaka Tea Brokers, and JKH Tea Brokers outlined the same information that Colombo was losing its significance as a tea center.

Of acute significance was the fact that the tea smallholder sector complained that the lack of fertilizer gravely affected their income on bought leaf delivered to tea factories. Green leaf delivered to each such factory was paid at Rs. 80. to Rs. 100 per kilo subject to the net sales average of each such factory, which was at a variable level. For example a family of tea smallholders, of about 4 persons, could produce at least 50 to 100 kilos green leaf per day giving them an earning level of about Rs.10,000 thousand per day. Such earnings are now gravely affected because of the drastic drop in crop harvest as a result of the lack of fertilizer.

Additionally they are also at a critical level balancing their finances, on payment of loans for furniture, TV sets, fridges and other household appliances purchased on loans, from banks or other lending agencies.

Fertilizer suppliers and scientists were of the view that replacement of imported fertilizer with alternatives, cannot be done as an ad hoc solution, but a move that would take at least 25 years of planning and study.

The current predicament that would apply to all plantation crops, not necessarily only tea, but all agricultural exports is that export of fruit, for example banana and mango, which hitherto attracted foreign investment, is now faced with such investors withdrawing their commitment, with the remark that uncertain and undependable policies changed at whim cannot attract sustained investment. It is reported that most investors pulled out leaving local investors in a position of insolvency.

The agricultural sector, including rice farmers too have been gravely affected. The expert views were that the country would face a famine situation because knee jerk policies enforced without proper planning would affect food supplies. because of these sudden changes. President, Asia Siyaka Tea Brokers Anil Cooke said Colombo’s prestige world wide as a recognized tea center was now in jeopardy because of dwindling standards. His views were that other countries would score at the expense of Ceylon Tea.