Sri Lanka is a resplendent island located in a geostrategic location in the Indian Ocean and is one of the significant locations for ornithology due to the abundance of bird life. Hence, Sri Lanka has become a popular destination for avifauna aficionados. Of the 427 recorded feathered species in the country, 250 are residents and 23 are endemic with a variety of ecological areas such as the hill country to jungles and forests, wet to dry zones as well as low lands. Hence, avifauna aficionados observe and research about these colorful feathered species while basking in the glory of the spectacular vistas.

Although, there are many popular natural habitats such as Sinharaja rainforest, Kumana, Bundala, Wirawila and Kalametiya which are popular bird watching sites with endemic and migratory birds, these sites are bustling with local as well as foreign visitors. 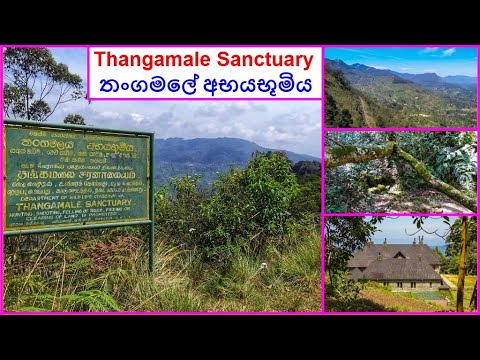 Situated in Tangamale (meaning golden mountain in Tamil) and part of Glenmore Tea Estate, approximately two kilometers from *Haputale town, the Bird Sanctuary is located off the beaten track, a paradise for nature lovers.

In 1938, 131 hectares of land of the Bird Sanctuary was declared as a protected area. The trail to the Bird Sanctuary is approximately six kilometers and spectacular vistas of *Uva basin, *Diyatalawa valley, mountain ranges of Central Highlands such as *Hakgala, *Pidurutalagala, *St. Catherine’s Seat, *Dambetenna and *Namunukula that spread as far as *Horton Plains as well as the resplendent Tangamale Mountain can be seen.

The hike to the Bird Sanctuary can be hazardous at times due to the mixture of rock cliffs, yet the trail is quite exciting and exhilarating as it takes the adventurer through foliage and at an elevation with breathtaking vistas of tanks, grasslands and verdant paddy fields situated in the valleys below the Bird Sanctuary.

One way to reach the Bird Sanctuary is from *Idalgashinna Railway Station. Another footpath is situated to the left of *Adisham Monastery. 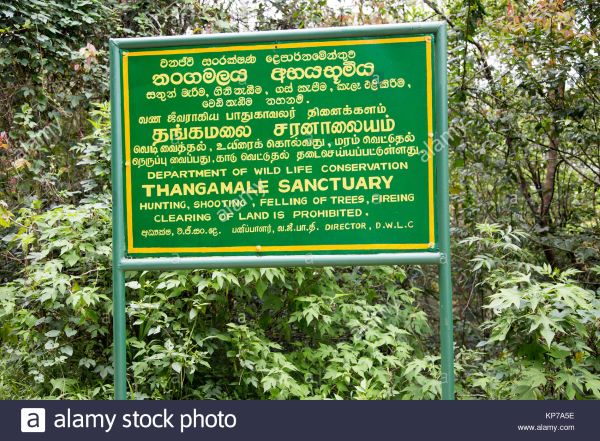