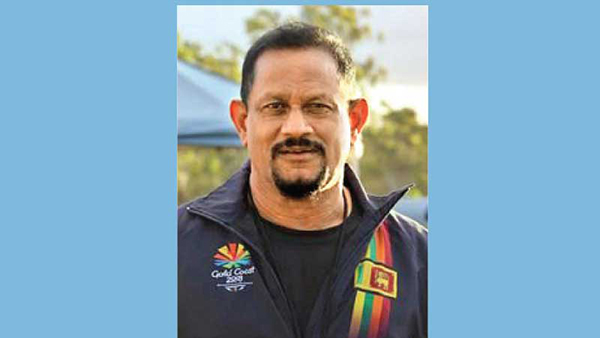 Herath Liyanage Don Sunil Benedict Gunawardana, who represented Sri Lanka in the 200m event at the Munich Olympic Games in 1972, was born on October 6, 1949 at Chilaw.

He was educated at St. Mary’s College, Chilaw and set up several Sri Lanka records before representing the country at the Olympic Games.

In 1968, he participated in the first Inter-House Athletics Meet and from thereon, he registered victory after victory in Group Meets, District Meets, Public Schools Meets, Junior National Meets and National Athletics Championships.

When he ran the 100m in 10.9s he became the first schoolboy to have run this distance under 11 seconds. He equalled Duncan White’s record of 22.2 seconds for the 200m in that year. The records for the 100m and 200m were set up by him on grass tracks.

In 1968, Sunil was selected to represent Sri Lanka in the 200m event at an International Meet held in Thailand, because he beat D. K. Podimahatmaya who was an acclaimed sprinter at that time.

In the actual race in Thailand, Sunil beat both Anant Ratanapol of Thailand and W. Wimaladasa of Sri Lanka registering a time of 21.6s. He was still a schoolboy at that time.

From 1968 to 1978 be participated in the National Athletics Championship and won the Challenge Cup awarded to the Best Athlete several times.

In 1974, he was a member of the 400x4m Sri Lanka Relay Team which won the Gold Medal at the Asian Games in Teheran setting up a new Asian record.

After having attained the qualifying standard, Sunil was picked to represent Sri Lanka at the Munich Olympic Games. In the first heat in the 200m race he came third and won a place in the next round.

In the second round, although beaten, he recorded a time of 21.31s which was the best for an Asian. Sunil was an Executive Committee Member of the Sri Lanka Athletics Association from 1996 to 1997 and later he became the Vice-President in 1998/1999 and was the President in 2000/2001.

In addition, he was the Co-ordinating Secretary to the former Sports Minister S. B. Dissanayake. Under his purview he was able to unearth many talented athletes including Sugath Thilakeratne, Damayanthi Darsha, Sriyani Kulawansa and Susanthika Jayasinghe.

Sunil also accompanied the Sri Lankan contingent as the Chef-de-Mission for the 2000 Olympic Games and has earned a reputation as a coach and administrator.

He had the privilege of following a coaching programme on short distance running in 1971 in West Germany and in Indonesia. He also had the distinction of participating in several athletics seminars conducted by Jacky Joyner and her coach in Beijing, China and also by Kathy Freeman and her coach in Australia. (C.D)