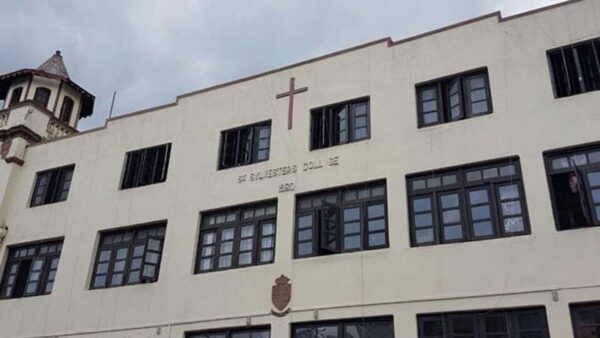 St. Sylvester’s were the third school in Kandy to play rugby
Source:Dailynews

St. Sylvester’s College, better known for their boxing skills have turned out to be a striking force in school rugby in the recent past.

Despite the limited facilities, they have made steady progress in the game while battling many hardships.

St. Sylvester’s are hampered to a great extent by the unavailability of a proper playground for the game.

Players, however, have no option but to practice on the pint-size grounds at Asgiriya, which hardly have the necessary requirements to play a full contact game.

And to top it all, the grounds have no goal post, and also grass is less and a ball on the ground can be fatal.

However, the ruggerites from this school have survived the worst and have built a reputation of having the ability to undo even the toughest of teams which get in their way.

St. Sylvester’s were the third school in Kandy to play rugby. They started in 1954 with the famous Trinitian Bobby Jayaweera as the Coach.

Malcolm Marshal was their first captain, who later played for Navy SC and Defence Services. But he passed away on Sunday in Australia.