A conversation with economist Ganeshan Wignaraja. 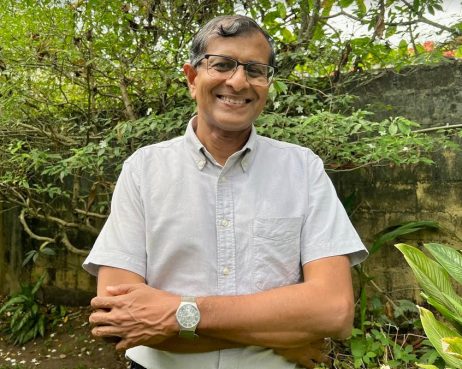 COLOMBO — Sri Lanka’s Acting President Ranil Wickremesinghe has declared yet another State of Emergency ahead of the next sitting of Parliament, whern politicians have promised an All Party Government (APG) will be formed and a new president elected this week.

The next task will be to negotiate an IMF bailout, this country’s 17th since independence  in 1948, and a restructuring of debts totaling $51 billion while reining in hyperinflation, ending acute fuel shortages, and sending children back to school.

Ganeshan Wignaraja is an internationally known development economist. He is a non-resident senior fellow at the Institute of South Asian Studies at the National University of Singapore and a senior research associate at ODI Global in London.

Wignaraja spoke with The Diplomat’s Luke Hunt about the fate of his country. He remains optimistic about Sri Lanka’s future and outlines a plan, including the problems with investigating and initiating an asset recovery plan aimed at the wealth of the Rajapaksa family, who ruled Sri Lanka for 17 years.

There are also issues with China – this country’s third largest lender – and its ambivalent attitude towards Sri Lanka, despite Colombo’s strategic position within the Belt and Road Initiative (BRI).

Previously, Wignaraja was the director of research at the Asian Development Bank Institute in Tokyo, the executive director of the Sri Lankan Foreign Ministry’s think tank in Colombo, and a visiting scholar at the IMF in Washington, D.C.