The Colombo Fort magistrate’s court, which pronounced the judgement, accused Sirisena of neglecting intelligence reports on the impending attack leading to the bombings. 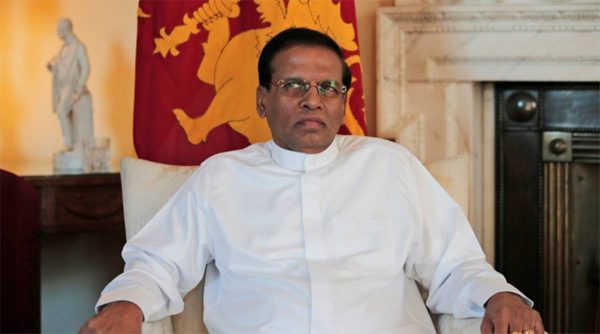 A Sri Lankan court on Friday named former president Maithripala Sirisena as a suspect in the 2019 Easter bombings in which 270 people, including 11 Indians, were killed.

The Colombo Fort magistrate’s court, which pronounced the judgement, accused Sirisena of neglecting intelligence reports on the impending attack leading to the bombings.

The court has now ordered Sirisena, 71, to appear before it on October 14.

Sirisena is accused of ignoring warnings on the attacks and not ordering preventive action due to political differences with his then prime minister Ranil Wickremesinghe.

The former president was earlier held as responsible for the attack by a probe panel he was forced to appoint following pressure from the Catholic Church and the relatives of the victims. He had denied the allegation against him.

The special presidential probe had also found a host of other top defence officials, including former police chief Pujith Jayasundera and former defence secretary Hemasiri Fernando, guilty of ignoring prior intelligence. The panel report had recommended criminal action against Sirisena and the other officials.

Ousted president Gotabaya Rajapaksa, who had succeeded Sirisena, also came under pressure to implement the findings of the probe panel where Sirisena was found culpable of committing the crime. However, he had refused to act as Sirisena had by then became the chair of the ruling SLPP coalition.
Friday’s court order came as a result of a plaint filed by a victim alongside the National Catholic Committee for Justice to Easter Sunday Attack Victims.

On April 21, 2019, nine suicide bombers belonging to the local Islamist extremist group National Thawheed Jamaat (NTJ) linked to ISIS carried out a series of blasts that tore through three churches and as many luxury hotels in Sri Lanka, killing 270 people and injuring over 500.

The attack stirred a political storm as the then government headed by President Sirisena and Prime Minister Wickremesinghe were blamed for their inability to prevent the attacks despite prior intelligence being made available.

On the third anniversary of the Easter terror attack in April, then Prime Minister Mahinda Rajapaksa had vowed that the Sri Lankan government will not rest until justice has been served to the guilty behind the 2019 attacks. A month later, Mahinda had to step down in May after massive protests against him over attacks by his supporters on the anti-government protesters.

The Easter attacks victims’ families led by the head of the local church, Archbishop of Colombo Cardinal Malcolm Ranjith, have been critical of the slow pace of the investigations which they claim is a political ploy for cover up.

Cardinal Ranjith has been regularly expressing disappointment over the police investigation and its slow nature.