In an address to the nation on October 19, Sri Lankan President Ranil Wickremesinghe declared that his government will implement the International Monetary Fund (IMF) austerity program to the very last letter. 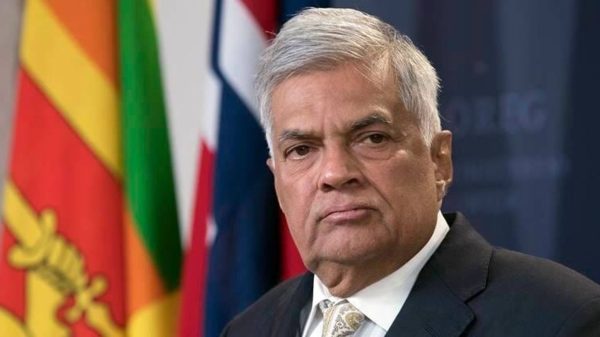 “If we withdraw from this program,” he said, “we will not receive assistance from the IMF.” Moreover, without IMF certification, he added, the government would not be able to get further help from institutions like the World Bank, the Asian Development Bank and various countries.

“If that happens, the country will be back to the era of queues,” he warned, pointing out to the acute scarcities of essential food, medicines, fuel and gas during the past months. In the same breath, the president insisted that “harder times are inevitable.”

Echoing the president in an interview on October 22, Central Bank Governor Nandalal Weerasinghe declared that, as far as he could see, the IMF was “the only way out” to achieve economic recovery.

Wickremesinghe’s speech and Weerasinghe’s remarks came amid an uproar from big business lobbies over the government’s new tax increases announced in early October.

The government agreed to the IMF goal of lifting state revenue collection to between 14.5 to 15 percent of gross domestic product (GDP) by 2026, through massive tax increases. In 2022, revenue is estimated to be only around 9 percent of GDP.

Wickremesinghe was seeking to console big business by referring to the massive tax concessions of up to 50 percent given by the previous government. Sri Lankan corporations have reaped unprecedented record profits during the past two years.

The government has proposed the corporate tax rate to be increased to 30 percent, which is still lower than some South Asian corporate tax rates. Most big business investors are enjoying decades of tax holidays and concessions.

However, those hit hardest by the new taxes will not be big business but workers, professionals, self-employed people, small and micro-businesses. The government has brought down the monthly taxable threshold from 300,000 ($US820) to 100,000 rupees. Some workers are drawing monthly salaries and allowances of 100,000 rupees.

Wickremesinghe’s claim to have eased burdens on working people that led to months of mass strikes and protests since April is a lie. The government has increased the supply of some goods in a limited way, but the doubling and trebling prices of all essentials has made the cost unbearable for ordinary people.

New tax burdens come as workers and the poor have been battered by hyper-inflation. According to the government’s figures, the annualized inflation rate rose to 70 percent in September nationally, while food inflation increased to more than 80 percent. The food inflation rate has ballooned to 102 percent from 2020 which means the real value of wages has declined by around 50 percent.

Sri Lanka announced a temporary default on foreign loans in April, due to an acute lack of foreign exchange. The IMF requires the country to negotiate with creditors to restructure the defaulted loans to assure repayment. To fulfill this requirement, the government has to implement the IMF austerity program and squeeze workers and the poor to repay the sharks of international finance capital.

Apart from direct price increases and tax hikes, the government has to privatize or commercialise state-owned corporations, slash hundreds of thousands of public sector jobs and further reduce welfare subsidies.

Sri Lanka’s economic turmoil is the sharpest expression of the worsening global economic crisis exacerbated by the COVID-19 pandemic and the “let it rip” policy of the governments around the world, and the US-NATO war against Russia in Ukraine.

The poverty rate in urban areas has tripled from 5 to 15 percent in the same period. “Half the population in estate areas is now living below the poverty line. Across districts, Mullaithivu continues to be the poorest (57 percent poverty in 2022), followed by Kilinochchi and Nuwara Eliya,” the report states. 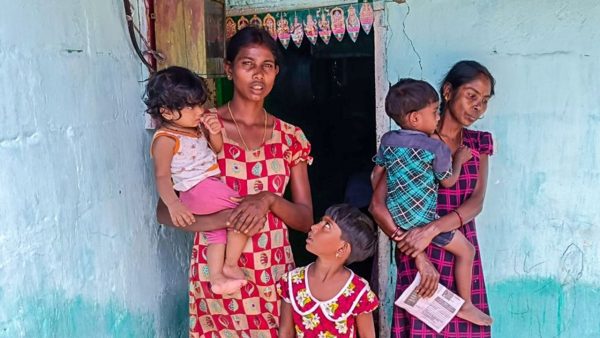 However, a recent survey by Peradeniya University’s economics statistics department put the number below the poverty line at 9.6 million, or 45 percent of the population.

According to the World Bank, GDP growth rate will be negative 9.2 percent for this year and the decline will continue into next year. Industry and service sectors are predicted to decline by 11 percent and 8 percent destroying half a million jobs.

Moreover, there is no economic recovery as Wickremesinghe and the Central Bank chief claimed. The growing recessionary conditions internationally will only worsen with the US Federal Reserve and other central banks raising interest rates.

The IMF programme is supported by all the opposition parties in the country. Iran Wickremaratne, a leading MP of the main opposition Samagi Jana Balavegaya (SJB), said that the “targets set by IMF must be reasonable and achievable.”

A Janatha Vimukthi Peramuna (JVP) leader told a TV programme on Hiru last week that implementing the IMF program is inevitable after the country declared bankruptcy. He added that people will have to undergo hardships for several years, saying the JVP was prepared to form a government through a general election to carry out this agenda.

The trade unions also accept the IMF program. On Saturday, Pradeep Basnayake, national organiser of the Sri Lanka Government Officers’ Trade Union Association that claims 500,000 members, told the Morning news:“If the government cannot increase the salaries of its employees, it should provide them with an interim allowance until the economy recovers.”

This is the position of all trade unions. They agree with the capitalist class that the working class must bear the burden and simply appeal to the government for limited concessions. The trade unions have been instrumental in derailing, dividing and suppressing the mass popular opposition that has erupted. All these unions are controlled or backed by the political parties—government and opposition—that support the IMF program.

The Socialist Equality Party (SEP) calls upon working class and rural masses to oppose the IMF austerity agenda and to mobilise its independent strength to fight the government’s attacks.

As the first step, SEP calls for the formation of democratically-elected action committees of workers, independent of the trade unions and capitalist parties, in workplaces, plantations and neighborhoods throughout the country. The SEP is ready to give its political assistance in building such fighting organizations of the working class and rural poor.

The working class needs to advance its own solution to the economic crisis based on its class interests. The SEP calls for nationalization of the banks, big corporations and plantations and bringing production and distribution under the democratic control of the working class. Not a rupee more to the vultures of international finance capital, repudiate all foreign loans!

To fight for this program, the SEP calls for the building of a Democratic and Socialist Congress of Workers and Rural Masses based on representatives of the action committees to discuss a socialist program to meet the needs of the majority, not the profits of the wealthy. Such a congress will pave the way for a workers’ and peasants’ government to restructure society from top to bottom on socialist lines.

Sri Lankan workers need to appeal to their international class brothers and sisters for assistance and join with them in building the International Workers’ Alliance of Rank-and-File Committees to fight against the worsening social catastrophe globally and growing threats of world war.