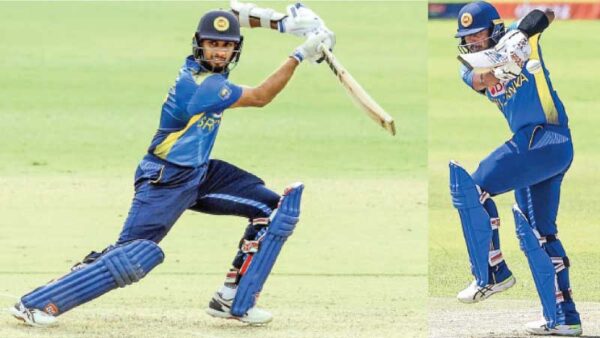 Fernando hit a top score of 83 not out and Shanaka remained unbeaten on 51 as Sri Lanka recovered from an early setback to post a competitive 162 for four after they were put into bat.

In reply, Oman were in real trouble from the beginning as they lost half of their side for 54 runs shortly after the half way stage of the innings.

Nuwan Pradeep and Lahiru Kumara rocked the home side with some superb hostile bowling before Mohammed Nadeem and Ayaan Khan avoided further disaster.

Earlier, Fernando coming into bat in the middle order paced his innings beautifully and hoisted five sixes and struck three boundaries during his 59-ball knock.

Shanaka then added the finishing touches to the Sri Lanka innings in style as he raced to a 24-ball 51 inclusive of five sixes and two boundaries. Fernando and Shanaka also shared an unbroken fifth-wicket stand of 111 runs in 56 deliveries after Sri Lanka had lost their top order for 51 runs. (C.D) 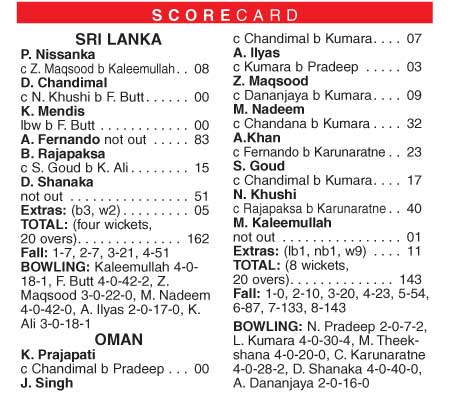