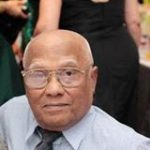 Sri Lanka’s fuel stocks will last five more days, its power and energy minister said on Thursday (Jun 16), as the island nation awaits official confirmation from the Indian government for a new US$500 million credit line for fuel.

“We are struggling to get fuel supplies due to our forex issues, and the government is working to manage existing stocks of diesel and petrol until Jun 21,” the minister told reporters. “We are finding it very difficult to meet demand, and stocks could run out faster if we do not cut back on non-essential travel and stop hoarding fuel.”

“We expect a petrol shipment within the next three days and another two shipments in the next eight days,” he added. Sri Lanka is waiting for official confirmation on a US$500 million credit line from the Indian government’s Exim Bank, which Wijesekera said would be used to fund fuel shipments for the next few weeks.

Sri Lanka has reached out to multiple countries, including Russia, to discuss fuel import options that would provide supplies worth several months, Wijesekera said.

The country is also in talks with the International Monetary Fund for a bailout package, and a delegation from the lender is expected to arrive in Sri Lanka on Jun 20.

The scarcity of food, fuel and electricity has brought hunger and desperation to many Sri Lankans. Here, a mother and her young son wait on a bus stuck in a long queue outside a petrol station. (Photo: CNA/Pichayada Promchertchoo) Local foundation Voice for Voiceless gives free lunches to Sri Lankans who cannot afford to eat.

China is ready to lend 90% of school uniforms. The Ministry of Education has decided to obtain 90% of the school uniforms provided next year under the Chinese loan scheme.

China had earlier agreed to provide 50% of the school uniform requirement, Education Minister Susil Premajayantha said. However, in the face of the current economic crisis in the country, this agreement was reached in response to a request to increase it to 90%, the Minister said.

Accordingly, only 10% of school uniforms can be procured from local manufacturers due to the shortage of raw materials, Education Minister Susil Premajayantha said.

The government has decided to import 50,000 metric tons of rice under the Indian loan assistance program to alleviate the rice shortage and control rice prices.

It was decided at a discussion held at the Prime Minister’s Office today (16) to allocate the necessary funds for this purpose to the State Commercial Multipurpose Corporation.

A statement issued by the Prime Minister’s Media Unit stated that this is expected to avert a possible rice shortage in the future and curb the abnormal increase in rice prices.

“Although the government is bankrupt, the opposition is not” – Leader of the Opposition.

Opposition leader Sajith Premadasa has said that the government is bankrupt today, but the opposition is not.
He said that if such a bankruptcy had occurred, the Samagi Janabalawegaya would not have been able to implement the ‘Husma’ program, the Sakwala program for future generations in this country and the bus donation program for the country.

The Leader of the Opposition said that the education system in this country should be completely transformed, especially the English language and the subjects of Information Technology, Science, Mathematics, Engineering etc. should be organised and systematic.

The Leader of the Opposition said that he would gain the country’s power formally and that there was no habit in the Samagi Jana Balawewa of following posts of Prime Minister or any other by betraying the people.

The Leader of the Opposition said that the government does not need to state its shortcomings and inadequacies and that it should implement the rhetorics and promises made even before the government came to power.

She was caught by a group of passers-by and handed over to the police, which prevented her from jumping into the river and committing suicide.

The child had drowned, and she had told the police that she had to make such a decision as she could not feed the child.

Her husband died some time ago, and her eldest child is living under the care of a relative, according to the Wattala Police.

She had thus thrown her child into the Kelani River on the Kadirana Bridge.

A special gazette notification has been issued, raising the maximum retail price of a kilo of local white or red raw rice to 210 rupees.

Accordingly, the Consumer Affairs Authority has issued a notification that the supply of goods above the maximum retail price should not be offered for sale or displayed for sale.

Colombo, June 16, 2022: The United States announced today that it would provide $6 million in emergency assistance to address the needs of marginalised and vulnerable communities impacted by Sri Lanka’s economic crisis.

This new funding will also provide technical assistance to the Government of Sri Lanka as it implements economic and financial reform measures to stabilise the economy, in line with an anticipated International Monetary Fund (IMF) package.

“The U.S. is committed to supporting the Sri Lankan people as they face today’s economic and political challenges,” said Julie Chung, U.S. Ambassador to Sri Lanka.

“As a longstanding development partner, we will continue to champion efforts that promote sustainable economic growth and good governance.”

Colombo, June 15, 2022: The United States continues to promote sustainable energy and economic growth in Sri Lanka. On June 15, U.S. Ambassador to Sri Lanka Julie Chung attended a signing ceremony for an agreement that will provide technical assistance to VEGA Innovations to help them further develop Sri Lanka’s electric vehicle sector. The deal, funded by the U.S. Agency for International Development (USAID), will support VEGA Innovations’ efforts to promote the adoption of electric vehicles, including electric “tuk-tuks”. It will also help pilot a charging network for electric cars and support manufacturing locally designed batteries and inverters.

A fundamental rights petition has been filed in the Supreme Court against businessman Dhammika Perera’s appointment as a Parliament Member.

That is by the Center for Policy Alternatives and its Executive Director, Dr Pakyasothy Saravanamuttu.

Businessman Dhammika Perera has been appointed to fill the vacancy created by the resignation of Sri Lanka Podujana Peramuna MP Basil Rajapaksa.

However, the petitioners have stated that Dhammika Perera’s name is not in the nomination papers or the national list submitted for the last general election. That is the current Sri Lankan news .Hope it was helpful for those viewers who are interested in keeping up with the latest happenings in your mother country

Stay safe and goodbye for now