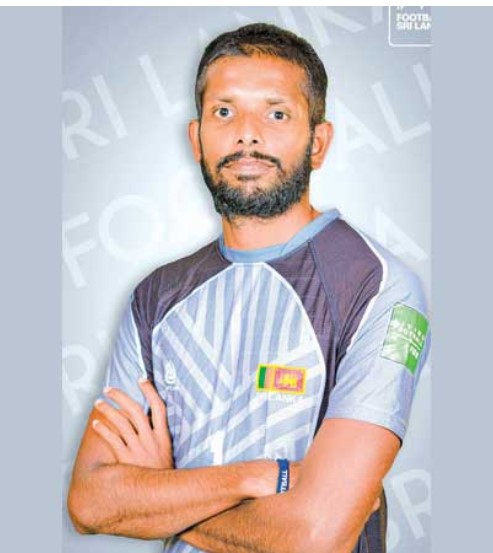 The Sri Lankan football should continue to play attacking football than taking a defensive approach said skipper Sujan Perera speaking to media after the conclusion of the match against Nepal which they lost 2-3 in a closely contested match at the National stadium Monday.

“We have to get into the culture of playing attacking football which will definitely benefit us on the long haul. Today all football playing nations are adopting this strategy and believe in-‘offense is the best way defense’. Said Sujan Perera.

The 13th South Asian Football Federation Championship is the premier football tour0nament in the region is being held in the Maldives. Sri Lanka lost the matches 1-0 to Bangladesh followed by to Nepal lost 3-2. In the both these matches, the Sri Lankan players put up their best ever performance in their recent past. Sujan further stated that he is committed to bringing honor to Sri Lanka by winning the next two matches against India and Maldives at the championship.

“We wanted to play attacking football against Nepal. It worked. We knew that advancing would be a risky business. That’s why they scored three goals and we scored two goals. Because now is the ideal time to change Sri Lankan football culture. You can’t always be defensive. We need to play and win this system in future matches. The next two games should be a bit of a tough fight. We have to get conducive to this format of play ”.

“We had a short training stint which is not enough. We also had match practices. Before playing with us, Nepal had participated in about eight training matches. A lot of training matches build up in the team.” Concluded Sujan.

“Both players who came from England and joined the Sri Lankan team had a good advantage.

Both of them scored goals. Losing the match with Nepal is really sad. Because as a team we gave a good match,”said the Sri Lankan football captain.