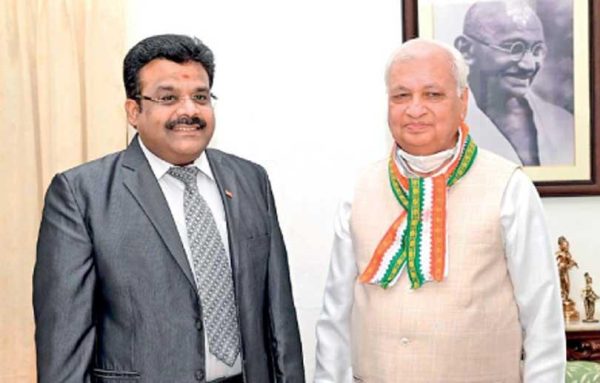 Deputy High Commissioner of Sri Lanka in Chennai Dr. D. Venkateshwaran has sought assistance from the state government of Kerala to get over the current crisis situation, a statement from his office said.

Thiruvananthapuram. As the Governor is, by virtue, the Chancellor of all Univerisities in the State of Kerala, discussions were focused on possible education, technical and scientific collaborations between Kerala and Sri Lankan Universities as well as scholarships for Sri Lankan Students in Kerala Universities.