Sri Lankan President Ranil Wickremesinghe who is also finance minister, ended the parliamentary budget debate last Thursday insisting that his government will implement its harsh austerity measures to the letter whatever opposition emerges against them. 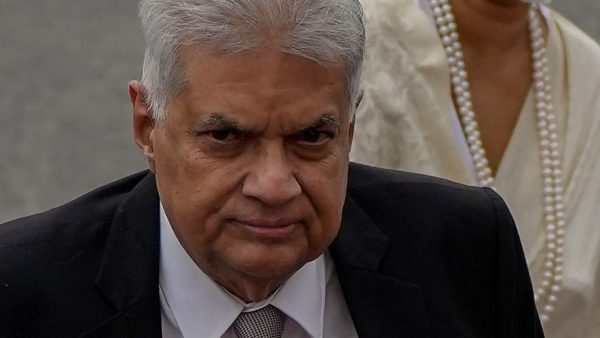 The electricity tariff increase is only one measure of the “tough decisions” that the government is determined to implement. Others include the privatisation of State Owned Enterprises (SOEs), slashing price subsidies for electricity, water and fuel, increased taxes on working people even as inflation soars, and amending the labour laws to facilitate the destruction of hundreds of thousands of jobs.

These budget austerity measures are fully in line with the dictates of the International Monetary Fund (IMF) as the pre-condition for an emergency loan facility to provide temporary relief amid the country’s acute financial crisis.

The government had already increased electricity bills by 75 percent in August. Now the cabinet has approved a further increase of 70 percent in two stages in January and June next year.

The government also increased water rates by 127 percent in August for two million families. Prices for fuel and cooking gas increased by 200 to 300 percent earlier this year. Ending price subsidies for water and fuel will add to the intolerable burdens facing workers and the rural poor.

The government has already appointed a committee to draft laws to break up the Ceylon Electricity Board to 15 entities in preparation for privatisation while vowing to expedite the sale of Sri Lanka Telecom and the Sri Lanka Insurance Corporation. These privatisations will inevitably lead to major job losses and further price increases.

At the conclusion of the debate last Thursday, the budget was passed by 123 to 80 votes. Most MPs of the ruling Sri Lanka Podujana Peramuna (SLPP), the discredited party of the ousted president Gotabhaya Rajapakse, voted for the budget.

The Wickremesinghe government lacks any popular support and is completely dependent on the SLPP’s parliamentary majority. Since ousting of former president Gotabhaya Rajapakse in mid-July by a popular uprising that began in early April, the SLPP has been fractured. With A few exceptions, the SLPP MPs who sit as “independents” in parliament voted against the budget.

The main opposition parties—the Samagi Jana Balavegaya (SJB) and Janatha Vimukthi Peramuna (JVP)—voted against the budget, despite the fact that they insist that seeking IMF assistance and accepting its austerity demands is the only means of addressing the country’s economic crisis.

The Tamil bourgeois parties, including the Tamil National Alliance (TNA), abstained in the vote, thus helping the government pass the budget. In exchange, Wickremesinghe for a vague “promise” to solve the problems of the Tamil people by convening an all-party conference.

This sordid deal underscores the contempt that the Tamil ruling elites have for the masses who will be hard hit by the austerity measures. They are interested above all in a power-sharing arrangement with the Colombo government that boosts their political and economic position at the expense of Tamil working people. Like the SJB and JVP, the TNA is committed to a deal with the IMF.

Workers are already engaged in struggles against the austerity measures. Last week, thousands of workers, including from telecom, insurance, banks, electricity, railways, healthcare and free trade zones, participated in protests in Colombo and other cities against the budget provisions. Last Monday, postal workers joined a one-day strike.

The government and the ruling class as a whole fear that the harsh austerity measures put forward in the budget will spark a new wave of working class struggles and opposition among the rural poor. The government is preparing to crush this growing popular opposition.

During the budget debate, on November 23, Wickremesinghe threatened to crush anti-government struggles imposing a state of emergency and deploying military and police forces. He has imposed the draconian Essential Services Act to ban strikes in the electricity, petroleum and health sectors. He has used the repressive Prevention of Terrorism Act (PTA) against anti-government protesters, including leaders of the Inter University Students’ Federation (IUSF).

As the government prepares for state repression, the 2023 budget bolsters funding for the armed forces and the police. While education and healthcare are being starved of funds, the military and police have been allocated 539 billion rupees ($US1.46 billion) in the budget.

The working class needs to politically prepare for a direct confrontation with the capitalist class which will stop at nothing to maintain its rule. Workers should draw the necessary political lessons from treachery of the trade unions which have done everything this year to limit and sabotage the fight by the working class for its democratic and social rights.

As the statement of the Socialist Equality Party (SEP) on December 7 explained, unions only called the protests last week to defuse the anger welling up among workers who are finding it increasingly difficult to support themselves and their families. The unions are seeking to channel this widespread opposition behind the bourgeois opposition parties that would implement the same harsh measures if in government.

To fight for their class interests, the SEP calls on workers to form their action committees in every factory, workplace, plantation and neighbourhood, independent of the unions and all capitalist parties including the SJB, JVP and TNA as well as their fake left agents such as the Frontline Socialist Party. We call rural poor also to form their own action committees.

The SEP advances the following demands around which workers and rural toilers can wage a political fight:

* Reject the IMF austerity agenda! No to wage cuts! No to pension cuts!

* No to starvation and malnutrition! Ensure sufficient food and a nutritious diet for all!

* Repudiate all foreign debts! Seize the assets of the super-rich and nationalise the major banks and corporations under workers’ control!

The SEP is campaigning to build a Democratic and Socialist Congress of Workers and Rural Masses, based on elected representatives from action committees, to spearhead the independent movement of the working class and rural poor to establish a government of workers and peasants, committed to socialist policies.

This must be part of the broader struggle for socialism in South Asia and internationally in which Sri Lankan workers help build a united movement of the working class in the region and globally.