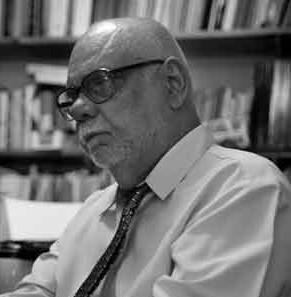 Asia Siyaka (AS) tea market report for sale no. 21, covering the period May 31- June 1, indicates a production drop of nearly 10 million kilos compared to 2021. Results for the year up to the above dates, the report said, was 111.5 million kilos. Comparatively, for the same period in 2021, production recorded was 122.25 million kilos, indicating a minus variant for the comparative period of about 10 million kilos. The formalized plantation sector was not on hand to corroborate these results. However, tea smallholders and private tea factory owners, when contacted, confirmed a drop in production. It should also be noted that tea smallholders are responsible for 75 per cent tea production. Among the major factors that accounted for these results was the ill- advised decision by the current administration to ban imported fertilizer and the lack of weedicides. The above sources said fertilizer when available could not be applied because of the noxious weed growth. Additionally, as disclosed by the plantation sector, the lack of workers was also beginning to tell, because youngsters, both men and women, sought employment in urban locations. Smallholders said, previously, each field on estates or holdings was harvested on 7- day plucking round, thereby ensuring high standards of leaf harvested. However, because of the lack of workers, harvests were done once in 14 days, thus bringing down leaf standards. Irrespective of these debilitating influences, brokers’ reports said prices remained high. Forbes and Walker confirmed these results. They said Western BOP’s (Broken Orange Pekoe, the marketed leaf size), sold at Rs. 50 to Rs. 100 per kilo, recording comparative gains, same as the BOPF grade (Fannings). They also confirmed teas from Nuwara Eliya were substantially more expensive. For tea, the two factors that count are fuel and fertilizer. Oil price increases are causing tea factories to stop manufacturing. The end result is that smallholder leaf is not produced, resulting in the relevant group of workers being deprived of their livelihood. There are about 400,000 tea smallholders who are affected by fuel restrictions. Besides, the power cuts for a number of hours each day seriously affect manufacturing processes and factories are unable to cope with the influx of green leaf. (Daily Island, 8.6.2022)
Sri Lanka needs inflows of US$ 1 billion to strengthen the rupee in line with the daily requirements of the citizens, Prime Minister Ranil Wickramasinghe said in parliament. ‘Apart from that, we need $5 billion to ensure our daily lives are not disrupted for the next six months,” he said. “Sri Lanka is now set on a sequenced plan to weather the economic storm and achieve a surplus in the primary account in 2025. We will have to make the right decisions to achieve economic stability in 2022-2023. Then In 2024, we shall be able to adopt fiscal stimulus measures to provide supplemental benefits to different economic factors. And in 2025, our goal is to balance our Budget or achieve a surplus primary surplus. This economic program must continue to move towards this long-term goal. In spite of individuals, groups or political parties in power change, it is imperative that we achieve our national economic goals and maintain the highest level of macroeconomic prudence. We are in talks with the IMF based on our future economic plans,” he said. (Daily Island, 8.6.2022)
Former Finance Minister Basil Rajapaksa said he has decided to resign from his Sri Lanka Podujana Peramuna (SLPP) National List seat in Parliament. Basil Rajapaksa said he has tendered his letter of resignation to the Secretary-General of Parliament. Addressing a special media briefing today, Mr. Rajapaksa stated that he will resign from his post giving the opportunity to send a suitable member of the SLPP to Parliament. He further stated that he will not withdraw from politics even if he resigns from the legislature. The billionaire Businessman Dhammika Perera is tipped to be nominated as the SLPP national list MP to fill the seat vacated with the resignation of Basil Rajapaksa. (Colombo Page, 9.6.2022)

President Gotabaya Rajapaksa has issued an Extraordinary Gazette Notification declaring several sectors including fuel and electricity supply as essential services with effect from 20 June 2022. The President by virtue of powers vested in him in terms of Section 2 of the Essential Public Services Act, No.61 of 1979 has issued the relevant Gazette. Accordingly, all services connected to the supply of electricity, the supply or distribution of petroleum products and fuel and all service, work or labor, of any description whatsoever, necessary or required to be done in connection with the maintenance, and the reception, care feeding and treatment, of patients in hospitals, nursing homes, dispensaries, and other similar institution, have been declared as essential services. (Colombo Page, 21.6.2022)
The 21 protesters arrested yesterday by police following a protest held opposite the Presidential Secretariat and the Ministry of Finance this morning, have been granted bail by the Fort Magistrate. The suspects including a Buddhist monk, four women and 16 men were released on Rs. 500,000 surety bail each when they were produced before Colombo Fort Magistrate Thilina Gamage. The case will be taken up once again on the 22 July. Protesters at Galle Face had blocked the two gates on the Lotus Mawatha used for entry to the Presidential Secretariat on Sunday. They remained at the scene until this morning and blocked the two gates used by the Finance Ministry and the Treasury. The protesters erected tents in front of the entrances to protest, preventing officials from reporting on the essential services in those offices as well as the public who had come for the needs. Police Media Spokesman’s Office said protesters blocking the gates to the Finance Ministry prevented the Secretary to the Ministry of Finance from leaving for the discussions with the International Monetary Fund (IMF) delegation. (Daily Financial Times, 21.6.2022)

The rupee value of the country’s foreign debt has ballooned by near 50% in 1Q to Rs. 9.55 trillion following the sudden free flotation of the currency, latest Central Bank data reveals. Sri Lanka ended 2021 with a foreign debt of Rs. 6.5 trillion and by February this year it was down to Rs. 6.4 trillion. In a highly contested move, the Government in the first week of March all of sudden decided to let the exchange to float free plunging the rupee by over 50%. This caused the foreign debt to swell by nearly 40% to Rs. 9.54 trillion (around $ 2.65 billion in current exchange rate). The total outstanding debt had risen from Rs. 17.6 trillion by end 2021 to Rs. 21.7 trillion by March this year. Foreign debt component was around 44%. The Government has suspended repayment of all foreign debt as of 12 April. The sudden flotation of the currency after it was artificially managed for six months has come under renewed criticism. The subsequent doubling of policy rates added more fodder for the debate. The twin move sans safeguards or stabilisation measures only further aggravated the economic crisis than bringing in stability as per some analysts.
Current CBSL Governor Dr. Nandalal Weerasinghe faulted the sequencing of some of the measures by his predecessor and a degree of damage control was needed. Then CBSL Governor Nivard Cabraal took cover from the fact that the new regime pursued the same flexible exchange rate policy until recently. (Daily Financial Times, 27.6.2022)
The export sector remains the silver lining amidst the multiple challenges, as it maintained the growth momentum year-to-date (YTD) up 9.7% to $ 5.1 billion in the first five months of this year. The surpassing of $ 5 billion mark was possible with May merchandised exports amounting $ 980.2 million, up 10% year on year (YoY) and higher than $ 915.3 million in April. However the $ 1 billion mark remains elusive for the second consecutive month. As per provisional data released by the Export Development Board (EDB) yesterday May merchandised exports grew mainly due to the increase in earnings from apparel and textiles, coconut-based products and electrical and electronic components. EDB estimated services exports from January to May were at $ 1.47 billion, up by 93.3% from a year earlier. The services exports estimated by EDB consists of ICT/BPM, construction, financial services and transport and logistics. In 2021, Sri Lanka’s total exports recorded $ 15.12 billion, up by 23% from 2020 sustaining its resilience, despite an unprecedented economic crisis. Last year’s performance comes second only to $ 15.91 billion recorded in 2018. The Government is banking on exports, the only hope that can pull Sri Lanka out of the vicious cycle of the current account and put it back on a sound economic growth path. The Government has assured more support to exporters to reach a $ 20 billion target this year. (Daily Financial Times, 28.6.2022)
Prime Minister Ranil Wickremesinghe had commenced discussions with the IMF to secure six billion US dollars, United National Party (UNP) Chairman, Vajira Abeywardena said. Out of that amount five billion would be spent to purchase fuel, gas and food, Abeywardene said. One billion will be used to strengthen the rupee. He said that the country was facing a serious crisis and everyone must support the Prime Minister. Abeywardena said that they will also regulate companies that make exorbitant profits. “A company can make a 100% profit, but when it makes 500% something’s not right. These companies have to be regulated,” he said. (Daily Island, 28.6.2022)
The overall Budget deficit in the first quarter has expanded by 21% to Rs. 483.3 billion from a year ago. As per latest Central Bank data, during the three months ending March 2022, Government revenue increased to Rs. 446.8 billion compared to Rs. 365.4 billion recorded in the corresponding period of 2021. Total expenditure and net lending increased to Rs. 931.2 billion compared to Rs. 765.5 billion recorded in the corresponding period of 2021. CBSL also said during the three months ending March 2022, domestic financing increased to Rs. 641.2 billion compared to Rs. 467.7 billion in the corresponding period of 2021. Foreign financing recorded a net repayment of Rs. 157 billion during the period from January to March 2022, compared to a net repayment of Rs. 68.1 billion a year ago. Prime Minister Ranil Wickremesinghe earlier this month told Parliament that the estimated Government expenditure for this year is Rs. 3.3 trillion. However, due to the increase in interest rates and additional expenditure of the former Government, the total Government expenditure is Rs. 4 trillion. The budget deficit for the year is forecast to be Rs. 2.4 trillion of 13% of GDP. In 2021 the deficit was 12%. (Daily Financial Times, 29.6.2022)