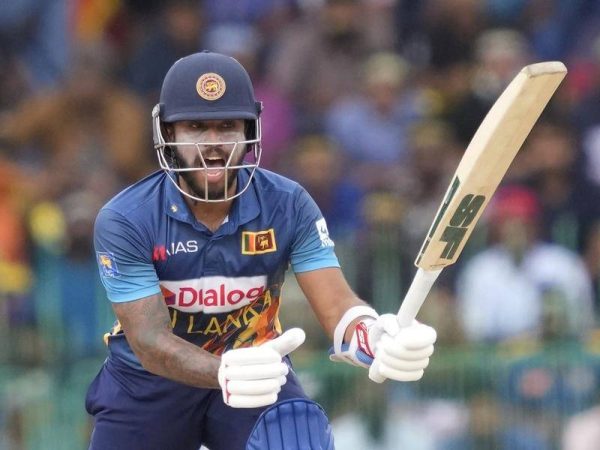 Kusal Mendis was outstanding for Sri Lanka as they beat Netherlands by 16 runs in the T20 World Cup. (AP PHOTO)

Sri Lanka are through to the next stage of the Twenty20 World Cup after fending off the Netherlands to win by 16 runs.

Led by an equal career-best 79 from Kusal Mendis, Sri Lanka powered to 6-162 after electing to bat first at Geelong’s Kardinia Park on Thursday.

Netherlands opener Max O’Dowd hit a superb unbeaten 71, taking the chase to the final over, but the Dutch fell short to send the enthusiastic Sri Lankan crowd home happy.

The Lions’ second win of the qualifying part of tournament guarantees them a passage through to the Super 12 stage, despite their shock loss to Namibia in the opening match.

“We have to focus mentally, but it’s not a problem for us whichever group we’re in (for the Super 12 stage),” Mendis told reporters.

“We’ve played well in Australia before.

“We’ve got four players injured, but we’ve shown that we can play here.”

The Netherlands faced a nervous wait to find out if they would join Sri Lanka in the next stage.

But the UAE did the Dutch a favour and recorded their first win of the tournament, beating Namibia in the second game in Geelong on Thursday evening, to send the Netherland into the Super 12.

Sri Lanka were made to work hard for their second win of the World Cup, with the Dutch giving a brave account of themselves with bat and ball.

Mendis was the clear standout for the Lions to claim player-of-the-match honours, with Charith Asalanka striking a crucial 31 as Sri Lanka recorded their highest total of the tournament.

Chameera tore through the UAE top order in Tuesday night’s win with three wickets, but he pulled up as he ran in to bowl later in the innings.

He immediately hobbled off the field and is out with a torn left calf muscle.

Kasun Rajitha, who is in Sri Lanka, is his replacement.

Gunathilaka sat out the UAE game due to a left hamstring tear, with travelling reserve Ashen Bandara taking his place.