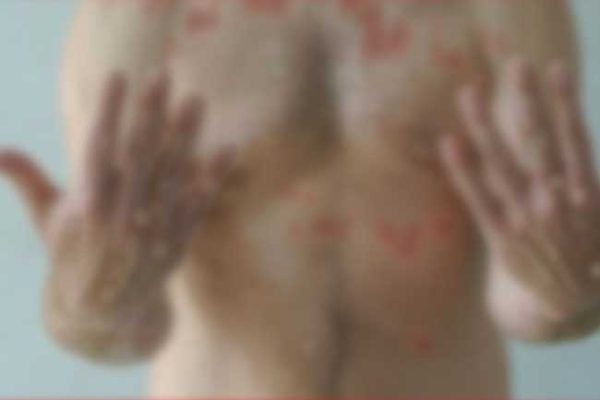 Sri Lanka has detected its first case of monkeypox in a person who arrived from Dubai, United Arab Emirates (UAE), the Ministry of Health says.

The 20-year-old Sri Lankan had returned to the island on November 01.

As per reports, the youth in question was referred to the national sexually transmitted disease (STD) clinic on November 02, with fever and skin blisters. He was also having enlarged lymph nodes and feeling exhausted.

As it was suspected that he was infected with monkeypox, several blood samples were collected and sent to the Medical Research Institute (MRI).

Accordingly, the Department of Virology of the MRI had performed monkeypox specific real-time PCR test overnight.

Specific target genes were detected in every sample. After careful analysis, it was confirmed on November 03 that the patient has contracted monkeypox.

The patient has been immediately moved to the National Institute of Infectious Disease for treatment.

Dr. Asela Gunawardena, the Director-General of Health Services, stated that the patient is currently in good health under medical supervision.

Meanwhile, his close contacts are under quarantine at the moment, he said further, assuring that this is not a situation that should be feared by the people.

According to Dr. Gunawardena, MRI has tested six suspected patients for monkeypox since establishment of real-time PCR assay in July this year. However, this is the first laboratory confirmed case of monkeypox in Sri Lanka and the seventh suspected case tested by the MRI.

Monkeypox, a viral zoonotic infection, is usually observed in central and western Africa. It can spread from animals to humans, from humans to humans and from environment to humans.

The infection saw a rapid spread in many parts of the world earlier this year.

The most common symptoms of monkeypox include fever, headache, muscle aches, back pain, low energy and swollen lymph nodes followed or accompanied by the development of a rash which can last for two to three weeks.

The symptoms typically last two to three weeks and usually go away on their own or with supportive care such medication for pain fever.

Human-human transmission of monkeypox happens through close contact with someone who has monkeypox rash including face-to-face, skin-to-skin, mouth-to-skin contact including sexual contact, according to the WHO.

More than 78,000 monkeypox patients have been reported from 109 countries. The WHO has also placed the average fatality rate from the rare disease between just three to six percent.

In addition, the vaccine for smallpox and monkeypox can be used to control the spread of the virus.