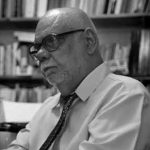 Sri Lankan cricketer Kande Arachchige Isuru Udana Tillakaratna, better known as Isuru Udana, announced his retirement from International cricket today (31). Issuing a statement on the matter, the all-rounder said “I am proud to have served my nation, and Sri Lanka Cricket with utmost dedication, commitment, and passion to my fullest with a bunch of people who have touched my soul with the relationship of never-ending friendship. However, I believe the time has come for me to retire from International cricket in order to make way for the next generation of players’’.  Udana, who played 21 ODIs and 35 T20Is for Sri Lanka in his 12-year international career, picked 18 ODI and 27 T20I wickets. He last played for Sri Lanka in the 2nd T20I versus India in Colombo. (Ceylon Today, 1.8.2021)

Sri Lanka Cricket’s (SLC) revenue took a sharp dip in 2020 following the cancellation of as many as six inbound tours from the seven listed due to the pandemic. But the Board’s legal expenses during the year skyrocketed with annual accounts reporting fees paid of Rs114mn.This figure is a 114% increase compared to the 2019 financial year, where the Board’s legal expenses were Rs 55.7mn. The financial statements reveal that SLC has involved in 30 litigations during the year in question. They have reached settlement in six of these. Among pending litigation is the case filed by former Sri Lanka Head Coach Chandika Hathurusingha in the Court of Arbitration for Sports (CAS) over termination of his employment. He demands US$5 million as compensation. But the Committee on Public Enterprise (COPE) in April asked SLC to explore the possibility of an out-of-court settlement after learning that it had already spent around Rs 30mn as legal fees for this one case. Hathurusingha was Sri Lanka’s head coach since January 2018, drawing a hefty monthly salary of over $40,000m, but was sacked few months after the World Cup in 2019. According to his iron-clad contract, he was owed full payments for the remainder of his term but the Board did not honour its obligations, leading him to file action at the Swiss based CA. SLC has a gaping hole in its income from international cricket. The Board had expected to pocket as much as Rs 4.3bn from international tours but, with West Indies only visiting the island during the year, its income was just Rs 254.8 million. This was largely due to the postponement of the England and India tours due to the pandemic..SLC also received Rs 2.746bn through the International Cricket Committee’s (ICC) annual distribution. The financial statements reveal that SLC earned Rs. 334mn by conducting the inaugural edition of the Lanka Premier League (LPL). The LPL was played in November/December last year. However, out of the income, they had spent Rs 229 million in conducting the tournament. In a challenging year, the Board had bolstered its revenue by Rs. 338mn through national team sponsorships and various other endorsements. SLC signed a three-year agreement with Dialog Axiata PLC as inbound national team sponsor for a sum of US$ 2,786,151, approximately Rs.550mn. They also signed up with ITW Consulting Private Limited in India as the outbound national team sponsor for a sum of US$ 1,949,999, approximately Rs 380mn, for same period. Accordingly, SLC’s total income for the year was Rs 4.184bn while its expenditure for the same period was, Rs 4.395bn, a deficit of Rs 211mn. The highest outlay was on administrative and other expenses with the Board spending as much as Rs 1.305bn during the year. This includes staff costs amounting to Rs.433mn, administration expenses of Rs.740mn and legal expenses. This was a sizable rise from the previous year where the amount was Rs.1.171bn. The Board’s expenditure on international cricket has reduced by over Rs.1bn compared to the previous year as most of their national tours got postponed. They also did not play any ‘A’ team tours, women’s tours and junior team tours. The Board had spent Rs.1,114bn on international tours in 2019 compared Rs 412mn in 2020, SLC’s expenses on domestic cricket have sharply increased during the year. Overall, it spent Rs.6869mn which is Rs.252mn higher than the previous year. The payments include contract fees amounting Rs.45mn, Rs.229mn for LPL, Rs.532mn for local tournaments and Rs.57mn for high performance. The Board has also spent Rs.558mn on development of stadiums, school cricket and other administrative grants with Rs.455mn for development and maintenance of stadiums. Meanwhile, the audit report issued by the National Audit Office has highlighted several operating inefficiencies, questioning the delay in completing the swimming pool projects at Dambulla and Pallekele International Cricket Stadiums, refurbishment of the R. Premadasa Stadium and procuring of physiotherapy equipment, purchase of mechanised rollers and the delay in the completion of the national cricket stadium in Hingurakgoda. The two swimming pools at Dambulla and Pallekele cost Rs.162mn and Rs.174mn respectively. The refurbishment at R. Premadasa cost Rs.394mn.(Sunday Times, 8.8.2021

Sri Lanka Cricket (SLC) announced today (20) that 18 players signed the National Player Contracts. The contracts, effective from 01  August, will end in five months, on 31 December. The players were chosen under four categories and were nominated by the Selection Panel, based on a set of criteria such as Performance, Fitness, Leadership/Seniority, Professionalism/Code of Conduct, and Future/Adaptability, SLC said in a statement. The players were made aware of the criteria and the allocation of points prior to signing the contracts. SLC also claimed that Angelo Mathews, who was among the players offered a contract was not considered, as he is currently unavailable for selection, while Danushka Gunathilaka, Niroshan Dickwella and Kusal Mendis are currently serving a ban. Accordingly, Dhananjaya De Silva, Kusal Perera, Dimuth Karunaratne, Suranga Lakmal, Dasun Shanaka, Wanindu Hasaranga, Lasith Embuldeniya, Pathum Nissanka, Lahiru Thirimanne, Dushmantha Chameera, Dinesh Chandimal, Lakshan Sandakan, Vishwa Fernando, Oshada Fernando, Ramesh Mendis, Lahiru Kumara, Ashen Bandara and Akila Dananjaya were given National Contracts. (Ceylon Today, 21.8.2021)