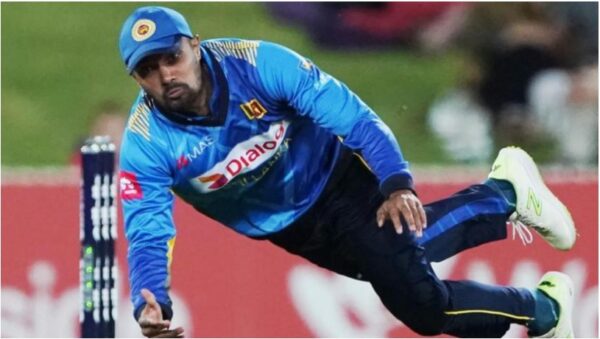 Sri Lanka cricket officials have banned three national team players from international cricket for one year and fined them $US50,000 ($A68,000) each for breaching a bio-secure bubble during the recent tour of England.

Wicketkeeper Niroshan Dickwella and batsmen Kusal Mendis and Danushka Gunathilaka were sent home from England last month after video on social media showed them on the streets of Durham at night.

They were put on probation for two years, at risk of another year-long ban.

The players also have to undergo mandatory counselling by a doctor recommended by SLC.

The sanctions were for breaching the COVID-19 safety guidelines, and thereby risking their safety, and the safety of other team members and others involved in the series.

The three were also found guilty of breaching a team curfew of 10.30pm and bringing disrepute to Sri Lanka cricket and the country, the board statement said.