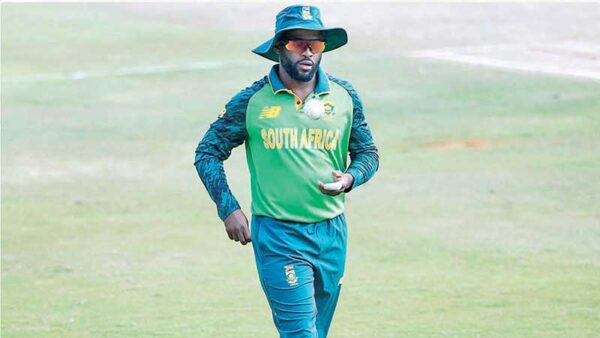 Cricket South Africa (CSA) yesterday announced the One Day International (ODI) and T20 International Squads for their tour of Sri Lanka that is set to commence on September 2 in Colombo.

Temba Bavuma will lead South Africa in the three ODIs and three T20Is against Sri Lanka between September 2 and 14 at the R. Premadasa Stadium in Colombo. 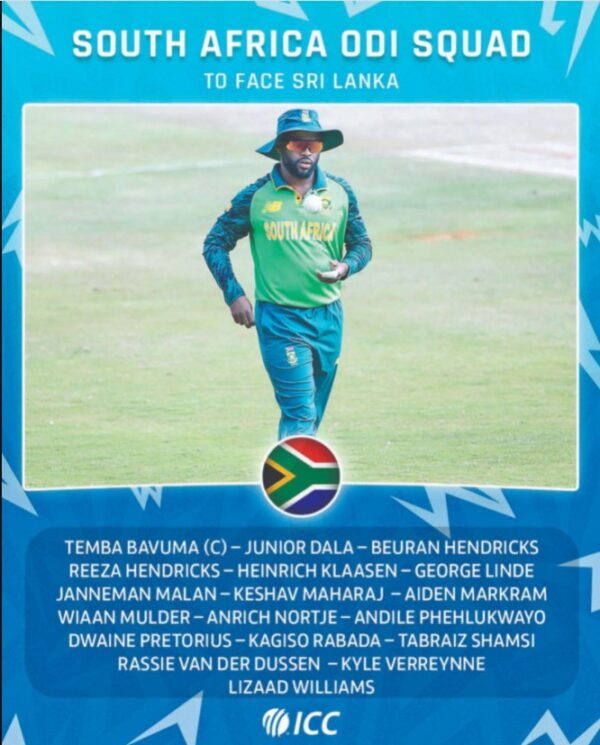 Quinton de Kock and David Miller have been rested for the ODIs but are set to return for the T20Is.

Miller is currently recovering from a hamstring injury that he suffered during the Ireland series but is expected to be fit in time to play the T20Is, which begin on September 10.

After missing the tours of the West Indies and Ireland, Dwaine Pretorius is set to return and has been named in both squads.

Junior Dala, who last played an ODI for the Proteas in 2018, also returns to the squad to cover up for Lungi Ngidi’s absence from the first leg of the tour.

The T20I series will be key for both teams to test their preparedness for the ICC Men’s T20 World Cup later this year.

“The Selection Panel is pleased to announce the squads that will go to Sri Lanka at the end of this month,” said Victor Mpitsang, the CSA Convenor of Selectors.

“After the white-ball teams’ successes in the West Indies and Ireland, we are excited to have them back in action and continuing their preparation for the ICC T20 World Cup later this year.”

“With the many COVID-19-induced bio-bubbles that the touring squads have had to endure, it is pleasing to have the majority of our players available for action and we look forward to watching them in the very different 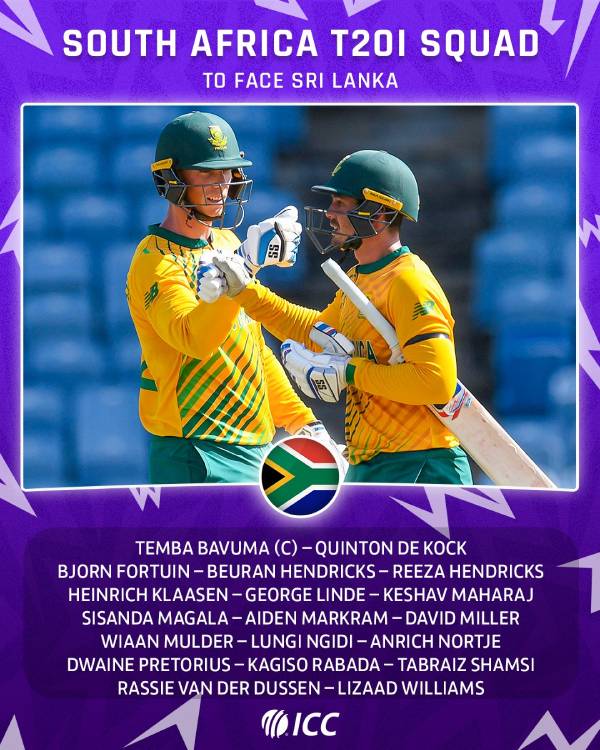 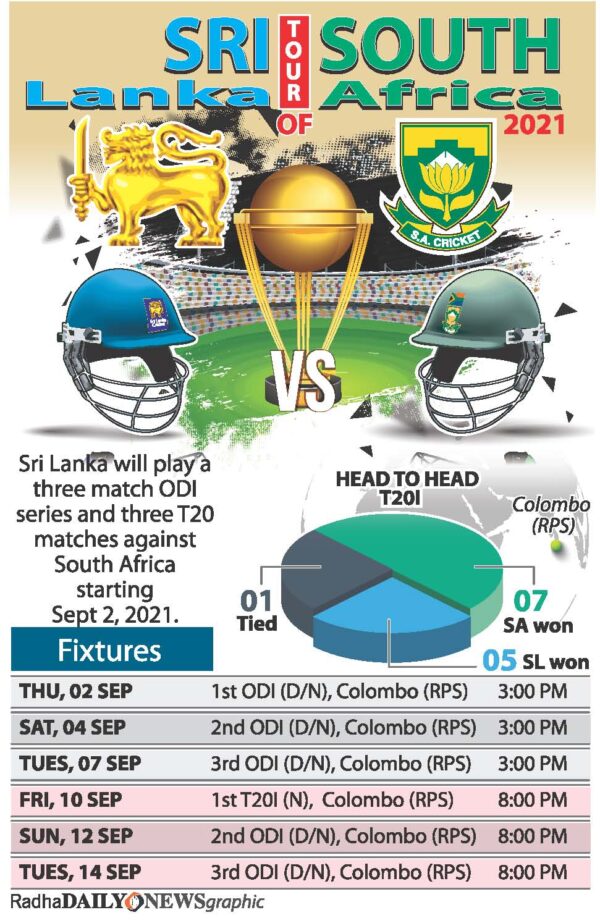