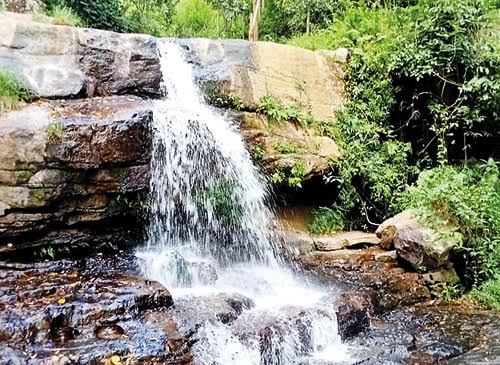 Isn’t it the rain that’s a-coming?

Yes, the rains have now come. In majesty.And it brings back that most comfortable and happy audio-memory of childhood: the sound of rain on the roof. “Such sweet thunder” the Bard said, (and Duke Ellington named an album of jazz “sonnets” in homage).

We once lived in an old house in a village, long ago, and Rain was a regular visitor. There was the dainty, wispy mal-vaessa which ended all-too-soon; and there were the sunlit showers for “the jackal’s wedding”. 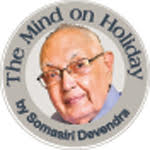 But I like rain to be dour and heavy, to whip the branches and beat them “…ragged/ Tattered and jagged,/Rudely rayne beaten”. That’s its business.

But I loved best an afternoon thunderstorm: get into bed, curl up, cover myself and fall deliciously  asleep to the all-blanketing roar of rain on the roof.

Not only rain, but water, water, was all around us in the village: the “slumb’rous stream” of the  irrigation channel, our tame and personal waterway; the water spouts where we played around, and  sometimes even bathed! The fern-wreathed shaft of our own well.

Did I like the village because of the water or did I love water because of the village? A bit of both, I think. Anyway, I’ve paid my homage to  them, elsewhere: I was so happy, writing that book. (“Two to Tango”).

But the (water = happiness) equation goes way beyond the village days. When I was eight or so my  younger sister and I spent a day at a friend’s house. There was a little irrigation runnel and we had a whale of a time playing with that little waterway. Of that day, that memory alone, remains.

Then there was a small, but natural stream at Ekiriya where we spent a long holiday. Like all streams it was playful: you dammed it and it ‘damned’ you back! You did your best but it carried on regardless, chuckling away, “no hard feelings, Mate”! It was as good as having a friend always ready to play.

The sound of free-flowing water is magic. Never monotonous. Constantly changing. To hear this music  best, you must go to Belihul Oya. We honeymooned at the Rest House and the memory of that music  lingers (which came first – the magic of the music or of the honeymoon?!) We went back 55 years later  and the music was still playing. The boulder-strewn river making sure that the water flow was always  hindered, forcing it to go in a different way, grumbling, cursing, gurgling; making mine music.

Another day, at another place: I see myself standing, absorbed, by a little up-country stream  trickling, tinkling down a channel built to tame it but, yet, making such soothing little sounds. I had to tear myself away.

I tried ‘Googling’ for images/recordings of rivers scenes, but the sounds were too repetitive. There was no life in them. Then I toyed with the idea of building a fountain: but knew that it, too, would lack “life”.

It’s better to await the rain, though it will not bring back lost magic.