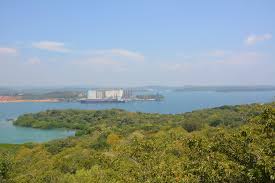 Sri Lanka is home to breathtaking sights. Some are well-known, whereas others are not and remain elusive …

At the entrance of *Trincomalee Harbor, there is a small spectacular islet known as “Sober Island” (“Great Sober Island” and “Little Sober Island”). Strategic location of the Island made it a pivotal point in the Harbor’s defense during World War II when Trincomalee served as a marine fortress. This legacy remains even at present, although, the islets are now veiled in thick shrub jungles that envelop them, gradually.

The islet rises steeply, starting from its shoreline and the summit of the islet offers breathtaking vistas of the surroundings and a panoramic view of the Trincomalee Harbor. The vistas were amazing with ocean, shrub jungle and bustling urban life blended together… 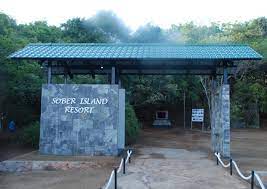 Strategic significance of Sober Island led to it being fortified as a military base by the Colonials.

Sober Island was also known as “Sun Island” or “Isle du Solite” (in French meaning “Sun Island”). Sober Island was first occupied by the French, by Admiral Jacob Blacket de la Hay in 1672 and by Admiral Saffron in 1782. After the *Treaty of Paris, in 1784, British Colonials occupied the Island and later developed it for their military purposes as a military establishment. However, before the British conquered the island, the Dutch also launched a tug-of-war against the French to occupy the Island.

The Island was named as “Sober Island” in memory of late young British Lieutenant, S. Sober. As Trincomalee became the home of the British Eastern fleet during World War II, British Colonials fortified the island with a battery of guns. There are lots of evidences of the elaborate constructions that had taken place under British guidance, several gun batteries in remarkable condition revealing the degree of activity that had taken place during the British Colonial Era. The gun mounting bolts, each measuring approximately the length of a human arm, are placed in two concentric circles measuring about two meters. The surrounding entrenchment is made up of thick masonry. Approximately 700 – 1200 people had been stationed on Sober Island during World War II. To cater to such a large number of people, there had been an intricate water supply system to make the islet self-sufficient, a giant well with a mechanism to prevent sea water to seep in and rain water to be collected inside had been dug, although the well is in a dilapidated state, at present.

According to chronicles, Trincomalee was heavily defended against the Japanese Navy with the assistance of heavy artillery batteries, located on Sober Island. The Island also served as a transit station for thousands of soldiers en-route to far East and the Mediterranean during World War II.

Apart from war time memories, Sober Island is a nice getaway for those seeking adventure and relaxation. The narrow channel between Little Sober and Great Sober islands offers breathtaking vistas across the mesmerizingly blue waters. Sober Island is one of the least frequented sites in Trincomalee dwarfed by well-known attractions.

In the past, the Island has also been used as a retreat for lepers. At present, it is used as a naval resort.

Sri Lanka Navy has also restored the Colonial Era glory of Sober Island’s derelict military buildings and converted them into a unique, yet modest, eleven room hotel known as the “Sober Island Resort”. Sober Island Resort is owned and managed by Sri Lanka Navy and they have carried out an outstanding task in preserving maritime gun positions as well as maintaining the privacy of the Island. Surrounded by thick shrubs and jungle, the spacious, air-conditioned rooms and chalets are simply furnished with ensuite facilities. At present, the former officer’s mess is an elegant bar and dining area with fine views of the harbor. Facilities of the Resort include an outdoor pool, tennis court and gym. Guests staying at the Resort can see gun batteries, ammunition storage facilities and watchtowers engulfed by the jungle in one of the charming coves. 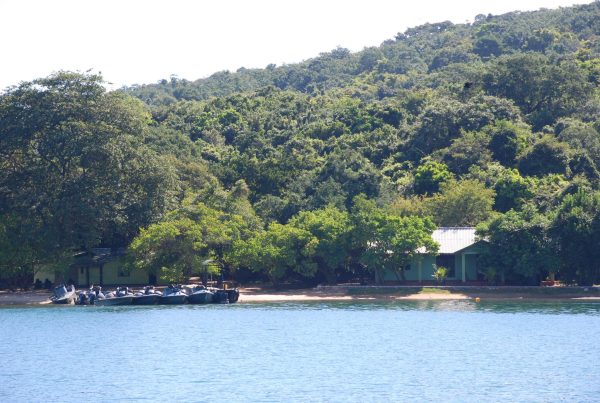 Guests staying in Sober Island Resort also have privileged access to Trincomalee’s Maritime and Naval History Museum. A shuttle boat service is operated by the Navy, the only mode of transport to and from the Island.

Visitors who want to explore the Island, must seek services of a Naval guide with prior permission from the Navy.