Home  ⁄  Article  ⁄  “SO IT WAS AT WELIKADA”
Apr 20, 2022 Posted by Canadaadmin In Article, DESMOND KELLY Tagged Ceylon, Royal Ceylon Navy

“SO IT WAS AT WELIKADA” 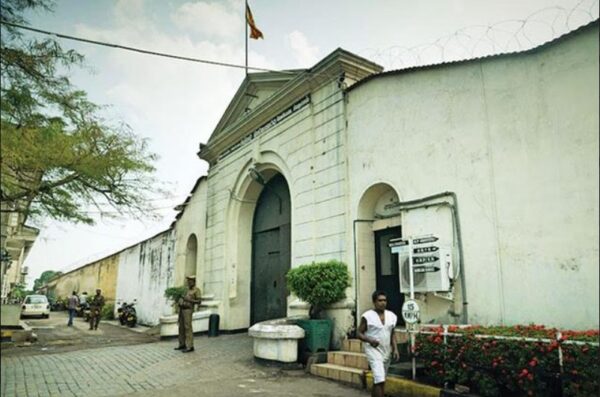 I was already in Melbourne, Australia, my Step-Mother-land, when I did hear about the famous/1963 Coup that had taken place in Ceylon, and that Admiral Royce de Mel waa involved in it. Naturally, I was interested, because it was this very Admiral that interviewed me personally, as regards my migration. He asked me why I wanted to leave Ceylon, and shorten my 12 year contract with the Royal Ceylon Navy, to do it. I had to explain that it was for the benefit of my children especially, and being the man he was, and my Captain, he said to me, that my service with the R.Cy.N. would be handed back to me, if ever decided to return.

Then, I heard the news about the coup, and wondered what had happened to the Admiral. Being here in Australia, I never did get the chance to find out what had happened in detail, but now, this interesting true story sent to me by Keith Bennett, fills me in. So, it was at Welikade that Royce had ended up, in. I will let my readers of e’Lanka now read this amazing account, as it happened.

Lest, You did not know!
Welikada MEMORIES. The famous 1963 Sri Lanka Coup organisers Christmas Party

In 1962, the Magazine Prison was converted to hold the defendants in the Coup Case. The whole complex was occupied by 24 prisoners.

DIG C.C (Jungle) Dissanayake was in a barred enclosure by himself, which was meant to hold about 20 persons. The rest of us were distributed among the other blocks in groups of five or six in a block, in cells three apart so we could not see each other, and held in solitary confinement. We had no contact with the outside world except a 15 minute weekly family visit, and no access to lawyers for about the first six months; until indictments were filed.

The only means of communication was to shout. And it was in this manner that Colonel Derrick de Saram who was in an adjoining block, and I played chess. We used the military phonetic alphabet to indicate our moves. One day I saw an infantry officer diligently recoding everything we shouted. He probably thought we were using some code! He went on to become a

During this period, the government had promulgated new laws. It formulated retroactive criminal and ad hominem legislation; it altered the evidence ordinance, making admissible what would not have been admissible in evidence and created new offences to fit the evidence.

Once we were in court, we were permitted lawyers’ visits and had free association among ourselves and were allowed to dine at a common table with the other occupants of our block.

The daily court routine was that after we returned from court, we received the morning’s proceedings by about 15.00 hrs. A group of us then divided the evidence , read it analyzed it and prepared the briefs for our lawyers for action the next day. I had a portable typewriter and made four copies of our briefs. These were collected by one of our lawyers at 18.30 hrs.

It was December 1963, the courts had closed for the recess and our thoughts turned to Christmas. The occupants of our block were, Admiral Royce de Mel, Major Bill Loyola, Major Wilton White, SP Elster Perera, ASP Terry Wijesinghe and myself. Berry Jackson, Sidney de Zoysa’s brother in law who was charged, had been discharged with SP David Thambiah, as there was no evidence against them.

During Christmas, prisoners were allowed a special visit and permitted some food from outside. It was Royce’s idea. We agreed that there was no point us all getting Christmas cake from home as happened the previous year. He suggested that each one of us gets something different which we could share. So it was agreed. Royce said he would get some smoked salmon. I got some roast duck and salad in aspic. The others supplied ham, turkey and cranberry sauce, Christmas pudding and brandy butter and of course Christmas cake.

Having worked out this magnificent menu, Royce said we should honour it and make it a celebration, and should dress up to do it justice! We did not think it would be appropriate to wear black tie, so Royce came up with a suggestion. A variation of Red Sea Rig! It was decided that it would be a dress shirt with black tie, silk sarong of any colour with a black or regimental cummerbund. It was a really splendid oufit.

Christmas Day arrived. Fr. Claude Lawrence conducted a service in the ward in the morning, and the family visits started after that. After each family visit , the food that was brought was delivered to the ward by the prison personnel. We had used a bed sheet to cover the table and arranged with the kitchen for some containers in addition to our tin plates, and extra cutlery. We had also arranged with our families to get gifts of some Christmas table decorations.

By 18.30 the table had been laid and we all got rigged up for dinner. At 19.00 hrs we sat down to dinner. Royce de Mel being the Senior officer sat at the head and I being the most junior was appointed Mr. Vice. at the end opposite him. Christmas music was played on Bill Loyala’s cassette player and we all tucked in to a splendid feast. We did not have any port to pass round, but had managed to get in a bottle of Chablis brought in as lime juice.

We toasted our families and lawyers; toasted the country and of course being officers and gentlemen, we drank the health of the Queen against whom we were being charged for waging war!

The reaction to the event, from our fellow defendants was admiration and congratulations; from the prison staff awe and amusement!

It was indeed a memorable Christmas and it being a time of remembrance, I would like to remember the other 23 absent friends!—– by Tony Anghie