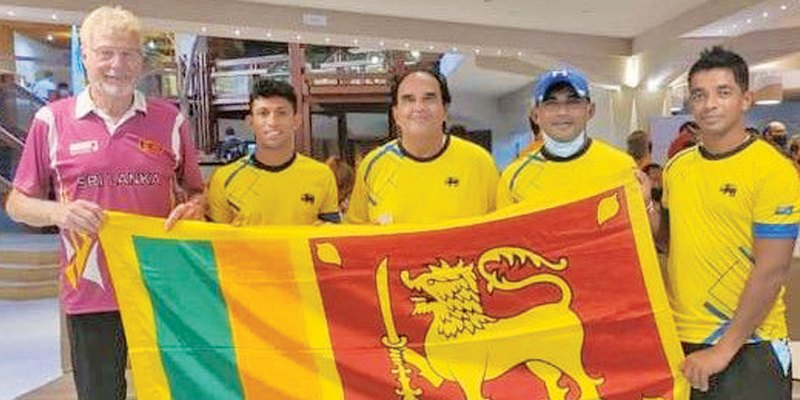 The team defeated strong tennis nations such as Brazil, Belgium, and Poland along the way to their sixth place finish.

Sri Lanka was only beaten by eventual semi-finalist France in the group stage and former champions Japan in the final placing tie.

The Sri Lankan team comprises Army war heroes that were injured in battle. Sergeant Dharmasena who participated at the Tokyo Paralympics this August hails from Kahatagasdigiliya is ranked 64 in the ITF World Rankings.

Sergeant Ranaweera, from Pasyala is ranked 85 and Sergeant Gamini from Ampara is ranked 81.

The Sri Lanka Tennis Association (SLTA) along with the Army initiated the Wheelchair Tennis Programme in 2002 as a social project for injured soldiers.

Head Coach Jagath Welikala has been part of the programme since its inception and has produced over 30 players who are internationally ranked.