Should we ‘Dare to Dream’?

Retired Consultant Physician in the UK 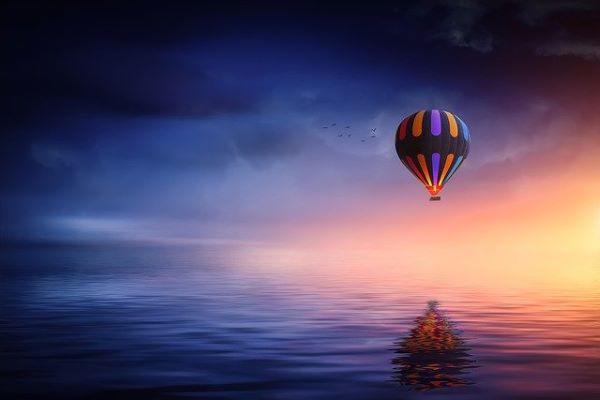 ‘In a world full of adversity we must dare to dream’.

These inspiring words are from Rob Burrows, the Leeds Rhinos Rugby legend. Rob was struck down by Motor Neurone Disease (MND), an incurable and disabling neurological condition. This once cheerfully garrulous man is now a silent prisoner in his body as MND paralyses him and prevents him from talking. Although severely disabled, Rob continues to inspire people across the world with his positive attitude, as expressed by Councillor Judith Blake, leader of Leeds City Council in The UK.

“The strength and courage which Rob has and continues to show has been incredibly moving and truly inspirational to so many people. It has really helped open up conversations around overcoming adversity on so many levels which feels so relevant this year in particular.

Yes, it is relevant at this time because, amongst other issues, Covid 19 has decimated the World! Recovery from this Pandemic is prolonged, with relentless recurrences resulting from variants of the virus emerging in different parts of the World. There seems to be no end in sight. However, we must have a positive outlook – that is, we must ‘Dare to Dream that, this dreaded virus can be beaten.

Every nation, rich or poor has endured uncertainty and hardship as a result of this Pandemic. Loss of life, increased morbidity, loss of earnings and poverty, have all, become the experience of many. Family ties have been broken or disrupted due to Covid restrictions and ban on travel. As this decimated world is trying to emerge from this Pandemic it must be the dream of every nation to return to normality.

Apart from this devastation caused by the Pandemic, the world is in turmoil resulting from other major issues. The apocalyptic twilight in Greece is a reminder of the Biblical catastrophe where homes and forests turned to ashes, whilst the residents helplessly stand by.  Also, countless displaced people from war torn countries, living in makeshift camps, are yearning to be returned to a normal life. Many asylum seekers, their families with young children, do  ‘dare to dream’  by placing their trust in unscrupulous human traffickers, in their quest to reach a safe haven. Their rugged journey, in dinghies not fit for purpose, being tossed about in the high seas, often is, at their peril. Sometimes they may be fortunate to be rescued. The haunting images which have emerged from Kabul this week- stampedes of Afghans desperately trying to flee the fallen city, even passing babies over barbed wire in the hope, soldiers on the other side will give those children a better life, is a measure of the anguish and fear of the Taliban, who have taken control. Their plight has added a different dimension to human suffering, in a quest for freedom. 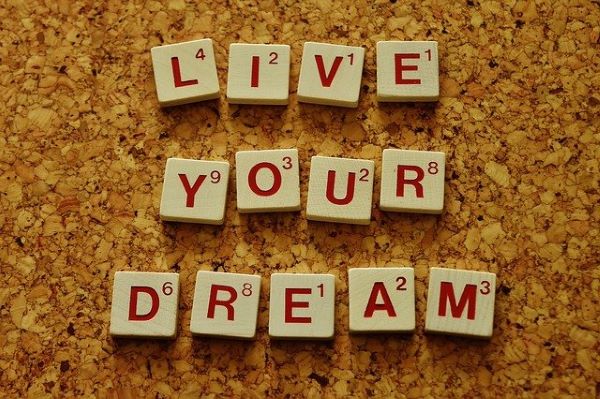 At this dismal time, the Olympic games in Tokyo has given a much needed boost. Far from being the damp squib which so many anticipated, the 2020 Olympics staged in Tokyo did suddenly turn into the feel good event of the year. Delayed, disrupted and dogged by scandal this games finally burst into life with fireworks and socially distanced dancers performing to a near empty stadium. We have seldom seen a more powerful illustration of the first law of entertainment ‘the show must go on’. Thus, against all odds, the organisers in Tokyo ‘Dared to Dream, ’that these Olympic games, would be a success’. Their dream did turn to reality.

For the competing athletes too, it has been a difficult year. Their training programmes were severely curtailed due to the pandemic, not forgetting the uncertainties of whether the games would go ahead at all.
However, they had trained, arrived and competed in the true spirit of the games. For the winners of medals, interviewed off the podium always, it is their dream achieved – for they ‘dared to dream’ of winning an Olympic medal.  The following are as illustrations of perseverance, determination and true grit, in a quest to achieve their dream. Tom Daley the British diver, first sprang into prominence when he qualified for the Beijing games at the age of 13. There, he landed a Bronze, a feat he repeated in Rio de Janeiro, four years later. When he finally collected his Gold medal  for the synchronised event with his diving partner, Matt Lee, he had achieved his dream at his fourth Olympic games. He had persevered and’ Dared to dream’

Also, swimmer Tom Dean, became the first British man to win an Olympic freestyle event in 113 years. In January 2021, he was forced to spend seven weeks off training after catching Covid for the second time. Reportedly, he was so ill 6 months ago, that, he could barely climb stairs. Yet somehow his ability to turn calamity into glory captured the tone and spirit of these games.

The two high jumpers Mutaz Barshim and Gianmarco Tamberi, after a fascinating contest,  heard the announcement that they were to be awarded 2 gold medals. What we saw then was a great share of love in sport that touched our hearts. It revealed the indescribable sportsmanship, that makes religions colour and borders irrelevant. They let their emotion spill over when their Olympic dream became a reality.   Finally, the cyclist Tom Pidcock only two months ago broke his collar bone after being hit by a car while training. He was back on his bike six days after emergency surgery, declaring that he would win in Tokyo. True to his word he was first on the podium after his cross country event.

However, competing at the Olympics is a brutal business. For those gold medal winners who dared to dream and persevered in their pursuit of success,  adulation, gold medals and smiles at the podium, are their reward. On the flipside  when they fail, there is utter dejection when all  the hard work and training counting for nothing tangible at precisely the moment you hope, it will define you as a winner. Kipling might have implored to treat the twin imposters of ’triumph and disaster’ the same, but it is not possible at the level of the Olympic games!

Sports and Olympics aside, history has its examples too. Civil rights activist late Martin Luther King Jr. did ‘Dared to dream’ – his vision was to change/uplift the living conditions of the Blacks in America, which he laid out in his iconic speech in Washington in 1963. This speech entitled ‘I have a dream’ was delivered at a time when Blacks were subjected to severe discrimination. In this speech Martin Luther King Jr. called for civil and economic rights for the Blacks and an end to racism in the United States. This heart warming speech did trigger a new era in Black history.

The power of sport did bring the world together at this successfully staged Olympiad. It must be remembered that, these Tokyo Olympics were staged against all the odds. It is imperative, that, we remain positive as the organising committee of the Olympics were.  With this Pandemic still  raging in the Far East, whilst the Western World tries to meander out of it, we must ‘Dare to dream’ that, with scientific guidance and perseverance with vaccinations, this virus can be beaten. Likewise, although it may seem a fantasy, we must live in hope and dare to dream of a better tomorrow, as in the lyrics of the song by Abba

“I have a dream, a fantasy
To help me through, reality
And my destination, makes it worth the while
Pushing’ through the darkness, still another mile “