SHIHAN “DREAM BOY’OF THE YOUTH,SINGING SENSATION IN THE DECADE 2000 AT SUMMIT OF FAME – by Sunil Thenabadu 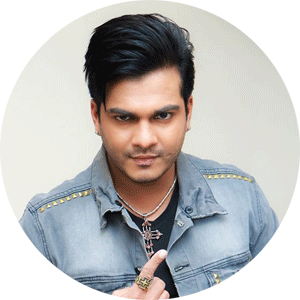 Shihan Mihiranga Bennett born 18 March 1985, is a Sri Lankan musician, composer, songwriter lately selected as an adjudicator at ‘Hiru Mega Star” singing contest. Considered one of the best products emerged from the Sirasa Super Star season one in the year 2006, Mihiranga often known as the “Dream Boy” of the youth in Sri Lanka. He became the youth sensation in the decade of 2000 after Namal Udugama was in the decade of 1990s.[ ]

Shihan had been born in Weliweriya as the eldest of the family. His father, Tyronne Bennet was a sound engineer previously worked in Bahrain and mother Nilu Mallika  a housewife. He has a sister, Shanika Mihiravi. He studied at De Mazenod College Kandana a mixed school.

Shihan married Gishni Clementa Silva on 25 February 2012.] Their love story had reportedly started nine years earlier and it had been a secret to the media and many until the wedding. The wedding was held at St. Mary’s church in Nayakakanda, Hendala. Gishni Clementa is the daughter of Upali Silva, who is a PTI of Shihan’s school a strong disciplinarian. The duo has two sons, the elder son is Shihan Kenneth Yarsh and the younger one is Shihan Glen Marsh.

Shihan was critically hospitalized by dengue fever in 2017, but recovered after treatments. However, several false rumours stated that he is dead. Shihan came fifth place in the competition despite being the most popular star throughout the show. He sang mostly  Rookantha Gunathilake’s songs including, Dawasakda Hendewaka, Nihanda Maruthe and As Deka.

After finishing the competition, he released his first album Dreams of Shihan in 2006. All the songs were written, and music composed by himself and became highly popular among young generations. The album won Most Popular Album award in that year as well. Then in 2008 he released his second album, Dreams 2 – “My Life” which includes lyrics and composing by other musicians.

Shihan released his first music video Ada Thaniyen maa which was a great hit in Sri Lanka. Later it won the most popular music video award at Derana Music Video Awards in year 2007. He is also a playback singer who rendered his voice for many films including Suwanda Danuna Jeewithe. His songs Perada Mewu Sina, Ron Suwanda Dena and Sith Mal Hegum Popiyana Yame in the film were highly popular. He did playback singing for the song, Raya Pibidee in the movie Super Six.

In Sirasa Superstar season 4 which was renamed Generation 4 where Shihan compered the program along with Nirosha Perera. He also sang the theme song Yawwane Sihina Yata Daelwune for the competition.

In 2018, Mihiranga became a judge of the singing reality show Hiru Star on Hiru TV for first two seasons. In 2018.In 2020, he released his wedding song Oba Magemai. At present Shihan is the Brand Ambassador for Mobitel Smart 5 and Tiara Rollo cake of Ceylon Biscuits Ltd.

Shihan recollects the huge gesture of musician Nalin Perera did for  him at the beginning of his singing career.The song “Sulagak Wela Oba Soya” had been sung and the ‘master copy’ of Nalin Perera was  all ready to be released when the song was happily handed over to Shihan saying ‘Mallie’ this songs suits you.Shihan’s voice was inserted and the popular song became his.Shihan before he sings the song on stage relates this story On stage Shihan used to quip so many voted to me at the Sirasa Super Star when he was nineteen years old and now he is thirty seven, his two sons also in the ages able to sing.

Shihan had admitted that he is a bit absent minded tend to forget dates of birthdays , wedding anniversaries etc., which his wife is also well aware.Before his marriage he had visited his fiancé’ dwelling on a wrong date.His wedding anniversary is on the 25th February.On the 9th wedding anniversary celebration he has had two celebrations remembering the date was the 15th February.Though he is not a party boy who also do not celebrate anniversaries had thought to himself to surprise his wife .Had bought all the food stuffs cakes, drinks etc without her knowledge on the 15th February when she went for a wash to the toilet he had suddenly come downstairs and arranged the surprise anniversary for his wife.After she came back from the toilet had seen the preparations for the surprise party Shihan had arranged.She knew Shihan had mistaken the date.However Shihan has had to arrange two anniversary celebrations. This story he related while on a copy chat program recently.

The love story of Shihan and Gishni is also very interesting. Both had been students in the mixed school De Mazenod Kandana, Gishni ‘s father had been the master in charge of discipline.Shihan had fallen in love with Gishni when she was in year six ,Shihan was in year nine.For good and bad things Shihan had done in school he had been a very popular in school.Though he was in love Shihan had not been able to meet her and convey that he loved her,There are many days he had watched her after school boarding the school van after school.Though he had wanted to tell her several times that he loved her he had been able to say only ‘miss’ and had been lost for words in excitement.Shihan had been  noted for growing his hair, hiding the hair,He wore the slack with a short folder,his never stitched the slacks from the cloth given, had a number of friends moved socially,did music.Some friends in school had said “pissu” Many did have much regard for those who did music branding them as misfits.Somehow Shihan through two girls in his classroom had sent word that he is interested and loves her,He was well versed in writing letters expressing through lyrics of songs.Though she had not spoken she had consented but was not able to have a dialogue. Just before after his advanced level examination he had thought should meet his father in school by an appointment to impress him to tell him who he was really.Shihan had told him that Gishni had consented about one year ago wanted to convey to him about the relationship before he left school.Shihan had quipped that he had not been able to meet her for five years though had given calls without getting caught.Somehow things had got better when with the consents of both parents before the wedding took place in the year 2012.

Shihan is a committed family man loves wife and his two sons.He continues his passion for music which is his first love performing composing , producing, recording attending to concerts.During a career spanning just one and half decades Shihan has established himself in the music arena to unprecedented tall heights , all his fans would no doubt wish him the very best for all future endeavours.