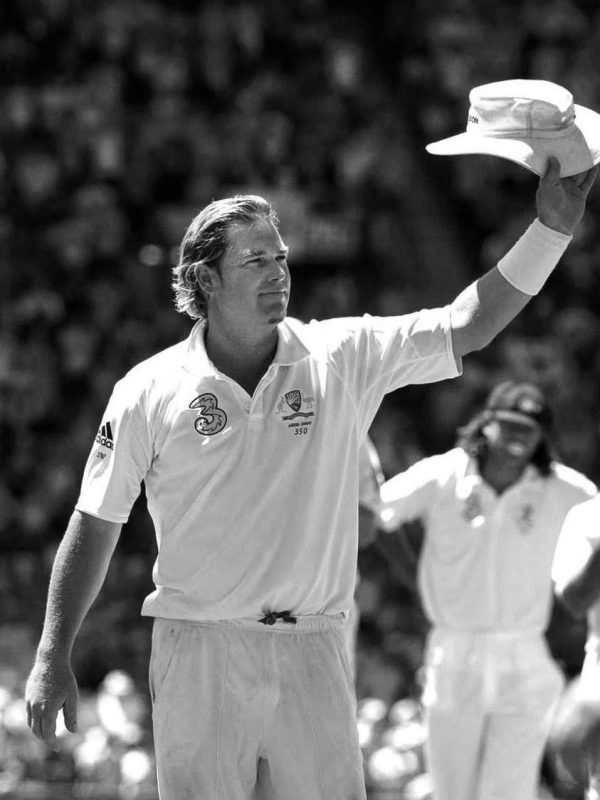 This is such a blow. Just as we’re all mourning the great Rod Marsh, it’s almost impossible to believe we’re talking about the death of Shane Warne.

We often talk about game changers – Warnie actually was one.

He was a phenomenal sportsman, and so much more. When he had the ball in his hand, he was a magician. He was a flash of blond lightning. He was a larrikin and an artist, and he changed the game he loved in the process. To watch him in action was just one of the purest joys sport had to offer, and a reminder of what is best about sport.

It was only fitting that he took his 700th wicket at his beloved MCG on a cold, damp Boxing Day.

A generation was inspired to bowl leg spin because of him. It’s an inspiration that will lift future generations.

He carried his love of cricket into the commentary box, and we all thought we would be sharing in that love for decades to come.

Warnie was a great Australian with a sparkle in his eye and magic in his fingertips. We loved him warts and all. It is shocking to think that someone who was such a force of nature is suddenly gone.

Our hearts are breaking, but they are full for those who loved him best. Our thoughts especially go out to his children. It’s small comfort now, but they will always carry him in their hearts.