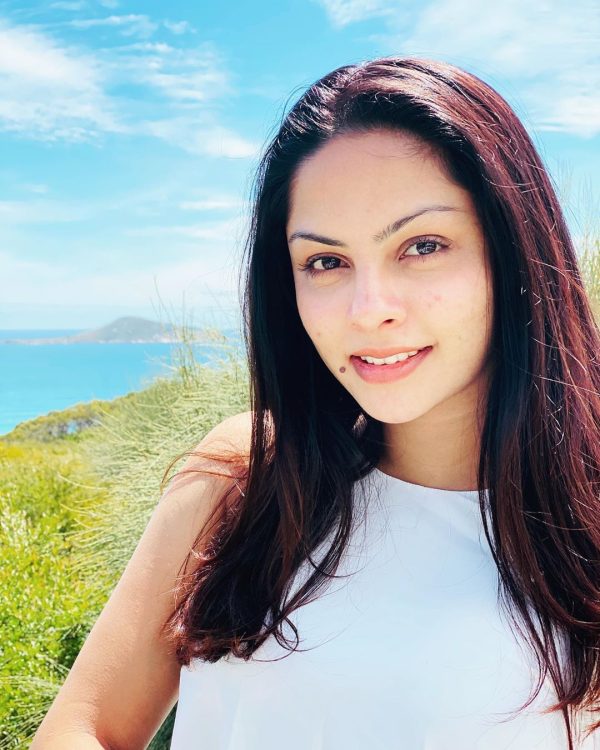 Gonakumbura Pangukarage Shalani Tharaka Wijayabandara born 15th November 1990, popularly known as Shalani Tharaka, . The decade of 1990 is often reminisced as a decade of peace, prosperity, and the growth of the World Wide Web internet in 1992 . Shalini fits into a part of a Millennial Generation, also known as Generation Y. Millennials, is a generation who grew up with computers, internet, and social networks.  born to parents’ duo Susantha Wijayabandara and Suraji natives of Balangoda.Father is a businessman while mother a beautician also had from time to time been portraying minor roles as an actress. in addition, she has two siblings an elder brother and a younger sister who is very much younger to Shalini..For convenience to her work she lives in Colombo, visit home in Negombo, whenever time allows. Shalani as she is popularly known is an actress, model, dancer, lyricist and presenter. Shalini loves to pen novels is a competent lyricist, so many are still to be completed which she hopes to launch soon. Her ambition when very young had been to be an actress but had transformed to be an air hostess when in the seventh standard or so. After establishing herself in the acting profession has given up that ambition.  However, she was adjudicated the winner in the year 2007 in a beauty pageant. She of the most popular television actresses in Sri Lanka having triumphed the mini screen and films continuously for fifteen years having portrayed vivid roles in a record number of tele dramas..Shalini Tharaka holds the title for the Sri Lankan beauty pageant “Sirasa Kumariya” as a teenager after which time she was brought concurrently to the mainstream of popularity with invitation pouring in for acting. In this context with acting assignments, she is very busy daily in shooting, attending to functions,[ ]shows, interviews she is only free at night to have a sound sleep.. Currently she does not accept many works as in the beginning of her blossomed career, as she needs a deserved rest. The main characteristics of an actress is charisma, the ability to remain charm, attractiveness, commitment and hard work, confidence, understanding of human behaviour and intelligence which Shalini possesses in abundant proportions. All these achievements have been made via her innate talent barring any hereditary affiliations to parents. Initially she had disliked acting but owing to the insistence of her parents she had made up her mind to pursue a career in acting particularly after portrayal of a few roles.

She has had her primary education at St. Agnes Convent, Balangoda. After her primary education she had moved to her mother’s hometown in Negombo where she had her secondary education there onwards at Newstead Girl’s College, where she had studied western and Kandyan dancing styles. Her maiden acting came through the television serial ‘Poojasanaya directed by Shirley P Delankawala. Her co-star in Poojasanaya was more experienced Suraj Mapa. Later she acted in many television serials in several genres such as Isuru Bawana, Hansi, Giridevi, Api Api Wage (I & II), Ganga Addara and Sanda Sanda Wage which gained immense popularity. Apart from teledramas she has also contributed to TV commercials like ‘Hero Honda’, ‘Raino’ and ‘Janet’. She has also played parts in music videos such as Oya Dese by Prinyan, Mata Oya by D n S, Wasthuwe by Shafee ft. Delon. In 2012, Tharaka made her maiden cinema appearance in the movie ‘Selvam” portraying the role of “Medhavi”. Later she appeared in a lead role in the horror film ‘Spandana’. She also contested in the second season of ‘Sirasa Dancing stars’ as well as ‘Hiru Super Dancer’ with distinction.

On 19 September 2020, she was awarded both ‘best teledrama actress’ and ‘most popular teledrama ‘actress” at the 16th ‘Raigam Tele’es ceremony. It was the first time in 24 years where one actress had won both awards at the same time. In 2021, she appeared in the Raffealla Fernando Celebrity Calendar along with many other Sri Lankan celebrities which is considered as one of the highest civilian honours awarded to an individual. 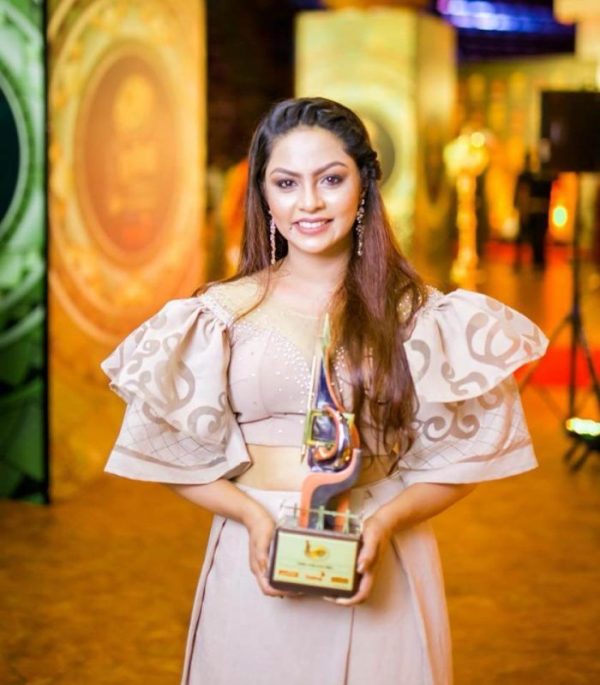 Shalini has not acted in many films as she had been profoundly involved in Tele dramas.From the year 2012 to date some of the films to which she has contributed were ‘Selvam’, ‘Spandana’, ‘Nela’,”Thank God” some as the main character portrayed while in others supporting character portrayals. The films already completed but not released are “Adventures of Ricky Deen”, Vivasidura”,”Akarsha”,and “ Maayavi” which no doubt her fans and followers would  eagerly like to view.

Shalini is a low-profile down to earth individual who likes to be simple always. As she is now a popular actress known to many, she has to be clad fairly well  with at least a bit of a makeup when going outdoors.  Shalini hates mudslinging matters, which is dominant in the trade. Once a newspaper had carried an article that  she  is to marry a guy stating his name too, for which she had received many calls and messages wishing her. She had called the related Editor of the newspaper, who had apologized saying sorry, promising to correct the fake news in the next edition. She is bold enough to speak to anyone if she comes to know of any gossip made on her to spread. For minor offenses aimed at her she turns a deaf year as these days these occurrences from jealous colleagues are common. Shalini is on the stance to carry on with her schedules instead of worrying unnecessarily chasing behind the culprits. She affirmed that there are times she had got hurt on such fake allegations she even had shed tears. Of course, she has so far has not had any serious allegations designed against her.

At a television dialog Shalini revealed that after another three years or so she intends to get married though she has not met her future spouse, yet at which time her plan is she would retreat from acting. She is not involved with anyone though a few in the profession had proposed to her and she too has a few in mind not disclosed yet.She prefers her future partner not a fair person, tall, who will love her and look after her properly. However, she will be involved in other areas in the Tele and film industries having acquired immense familiarity in many fields during her career. Her ambition is to become may to be a businessman perhaps owning a garment or restaurant after bidding goodbye to her career in acting. When questioned about her thoughts on ‘Mother’s Day”, ‘Father’s Day” her answer was if children look after the parents daily by at calling them to find out how they are doing and supply their requirements when needed there is nothing one should do especially on those days, as some who do not even inquire about them, take a flower bouquet to them on these days, which to her is a ridiculous endeavor.

Shallini is currently a celebrity ,one of the prettiest and talented actresses in native Sri Lanka.An added qualification is that she is a fantastic exponent of varied dancing styles proved in participating in many competitions with honour. She also could sing which is an added qualification. From the above Shalini has proved her capabilities by portraying diverse types of roles ,as a village damsel or as a posh fictional character as in the current tele drama Kiya Denna Adare Tharam, in addition to her pleasant features, one of the prettiest actresses in the movie industry and down to earth low profile simple character easy to get along with.All her followers and fans would wish her the very best in all her future assignments.